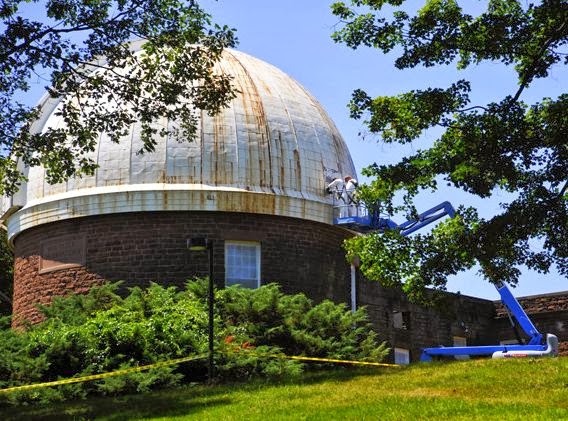 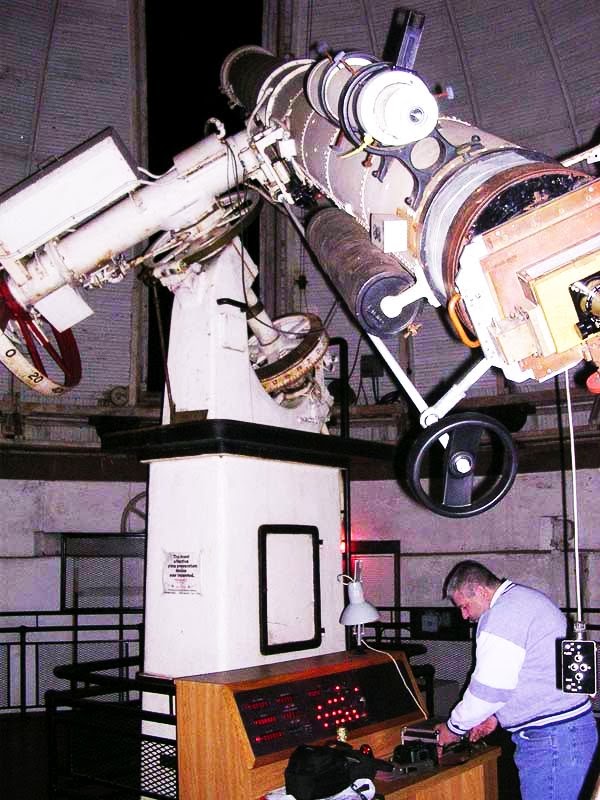 "Many Moons Ago: Scoping out the Astronomy Department’s History"

This year marks the 100th anniversary of the construction of the esteemed Van Vleck Observatory, though the Astronomy Department plans to celebrate its centennial in 2016 instead, in honor of the building’s opening. However, the department’s rich history of discovery and innovation can be traced all the way back to the University’s establishment in 1831.

Today, the Astronomy Department and the Van Vleck Observatory are inseparable. But long before the observatory was even conceived, the University was one of the first colleges in the nation to emphasize the importance of the study of celestial objects so strongly. In the University’s early days, students were required to study astronomy. At the time, it was listed as a subject within the Department of Mathematics, of which the sole staff member was Professor Augustus W. Smith.

In addition to serving as President of the University from 1852 to 1857, Smith acted as interim president in the academic year of 1835-1836 while President William Fisk was in Europe. There, Fisk purchased seven thousand dollars’ worth of educational materials for the University, including a cutting-edge telescope made by Noël Paymal Lerebours, a French optician and daguerreotypist. It would be, for a period of time, the largest telescope in the United States.

The wait was perhaps longer than Lane had anticipated. It was not until April 1836 that François Arago, the director of the Paris Observatory, tested the telescope and signed a document of certification. That month, Smith expressed his frustration with the delay in a letter to Lane: he’d been hoping to view an upcoming eclipse through the telescope.

The telescope finally arrived in July 1836. Initially, it was placed on a movable stand, but in 1839, it was moved to an octagonal observatory built behind Smith’s home. A document dated Feb. 20, 1839 describes the observatory as “a small wooden structure, 9 feet in diameter, painted white.” In the academic year of 1854-55, the observatory was relocated to Rich Hall (now the ’92 Theater).

The observatory became the source of much mockery on campus. An 1856 “appeal” from the student body, addressed “To the Patrons of Scientific Research,” ironically “inform[s] the Scientific Public that the Small Octagonal Observatory, capable of revolution on a ten-penny nail, connected with the College, [has] become inadequate to the demands of modern science, the pupils having to climb over a board fence to reach it.” In another document, the dome is referred to as a “small octagonal building of questionable character.”

In 1868, the six-inch refractor was moved to Boarding Hall (later Observatory Hall), where an observing tower was built. In 1869, it was replaced with a 12-inch refractor.

Yet the real game-changer for Wesleyan’s Astronomy Department was in 1916, when the Van Vleck Observatory first opened. The Van Vleck family funded the project in memory of John Monroe Van Vleck, a professor of mathematics and astronomy. The observatory boasted a 20-inch refractor housed inside a large dome designed by Henry Bacon, who designed the Lincoln Memorial as well as various other buildings on campus.

With the new observatory, students and faculty could study celestial objects with more precision; there thus developed an increased focus on astronomy at the University. In fact, it was just after the construction of the observatory that the Astronomy Department became independent from the Mathematics Department. The immensity of the refractor, however, might be attributable to mere competitive spirit.

“That’s a large size for the lens, and it was bought to be two inches larger than Amherst’s telescope,” said Chair of the Astronomy Department and John Monroe Van Vleck Professor of Astronomy William Herbst. “We wanted to be on the top.”

With the 20-inch telescope in the limelight, Fisk’s six-inch one fell out of favor. Fisk’s was given new life in 1925 when it was mounted in the observatory in preparation for a solar eclipse. It was used again, albeit less successfully, during a 1932 eclipse. In 1959, the telescope was mounted in a new dome atop the Van Vleck Observatory with the assistance of cranes.

In 1968, the telescope was renovated and presented in a dedication ceremony as the Wilbur Fisk Telescope. Today, the telescope, no longer in use, is displayed in the observatory’s foyer.

The Astronomy Department made a major breakthrough in 1995 when a team of faculty members, including Herbst, discovered a unique double star called KH15D. The star may be in the process of forming a planet and could be pivotal in understanding how planets are created in general.

“It’s been found recently that planets exist around double stars, and so we think we found a system that’s in the process of forming planets like that,” Herbst said. “That’s pretty exciting.”

The department, which previously had two astronomers on its faculty, now has five. Herbst hopes to maintain this development and to continue engaging in active research, both on campus and at more central observatories like the ALMA telescope in Northern Chile.

Today, the Van Vleck Observatory houses five telescopes, including a radio telescope. Herbst plans to eventually purchase a robotic telescope, which would observe and photograph the sky automatically.

Last year, the iconic dome on Foss Hill was refurbished; the department is currently raising funds to restore the 20-inch refractor, which is no longer used for research. Herbst hopes to restore it in time for the observatory’s 2016 centennial celebration, paying tribute to the Astronomy Department’s past while setting its gaze on a bright future.