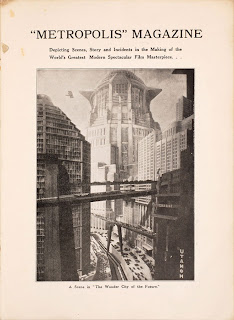 Fritz Lang’s silent film masterwork Metropolis is probably the most influential sci-fi movie in history, and artifacts from the film are as valuable as they are rare — a single movie poster from the original release sold for $690,000 seven years ago, and is expected to fetch even more at an auction later this year.Now, a remarkable 32-page theater program from Metropolis’ 1927 debut has surfaced at a well-known rare book shop in London, which scanned it and shared some pages with Wired. The program was created for the premiere of Metropolis at London’s Marble Arch Pavilion, and it’s packed with firsthand anecdotes from the making of the movie, and some stunning photographs. Only three surviving copies of this program are known to exist, according to the Peter Harrington rare book shop, which has its copy on sale for 2,750 pounds ($4,244).The program reveals the intriguing backstory behind the German sci-fi epic, as told from the perspective of Lang, his wife and collaborator Thea von Harbou, and several members of the cast and crew.In the yellowed pages above, Metropolis’ wily mad scientist Rotwang, played by Rudolf Klein-Rogge, discusses artificial life, which includes a heavy discussion of robots. The word “robot” had only been introduced into the popular lexicon seven years earlier, in 1920.Another essay discusses technical challenges with Metropolis’ classic “Tower of Babel” scene, which required “6,000 baldheaded men”; because only a thousand baldheaded men could be found, they had to be filmed six times to create the illusion. There’s also a look at Lang’s hand-built “flying camera” rig, complete with several shots of the rig in action. 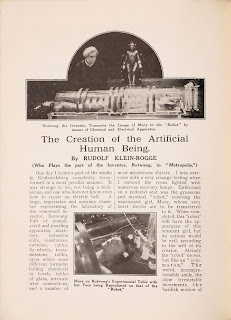 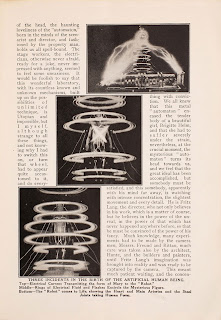 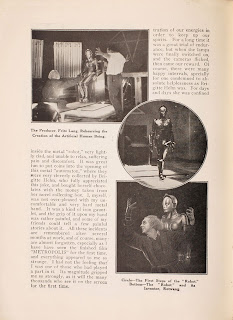 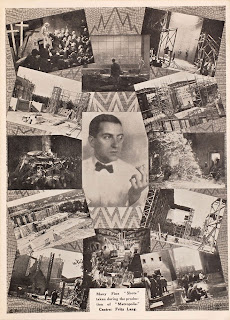 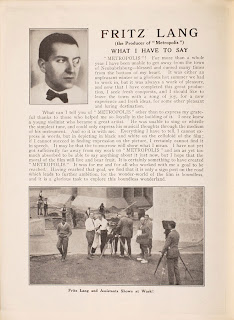 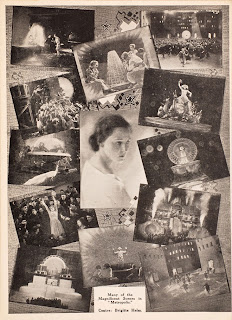 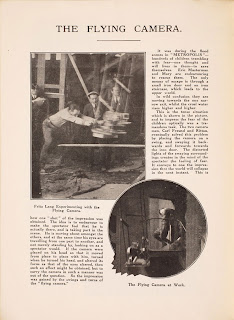 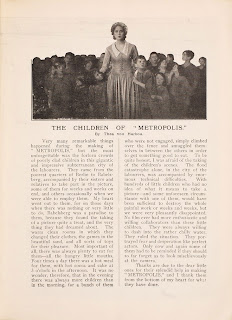 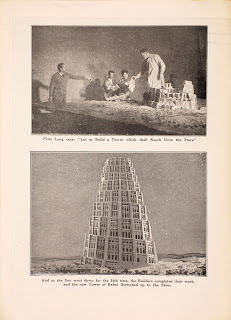 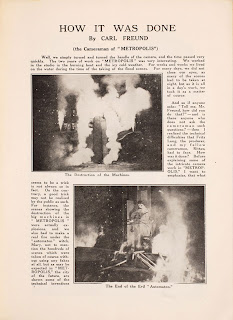 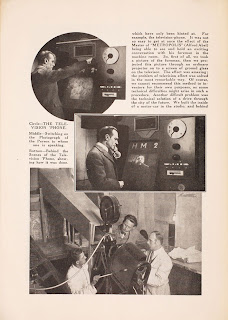 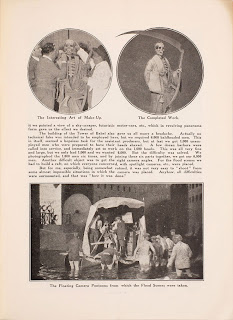 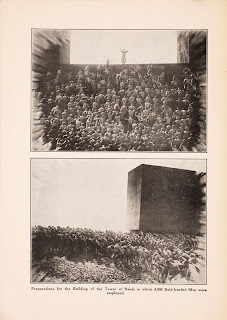 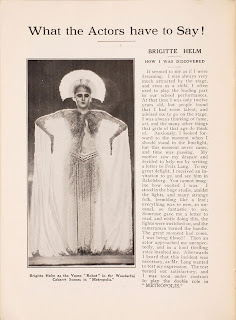 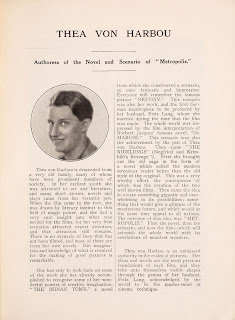 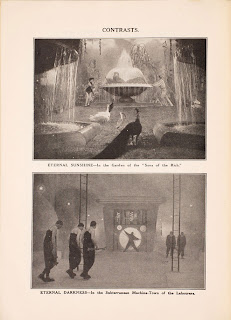 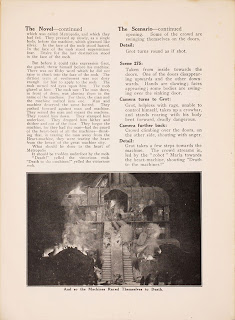