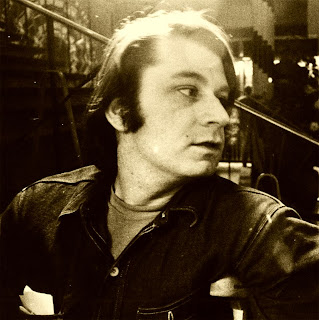 "Stephen Dwoskin, Maker of Films Focused on the Body, Dies at 73"

The New York Times
Stephen Dwoskin, an experimental filmmaker whose work, which unflinchingly scrutinized the body and its myriad discontents, was rooted partly in his own long struggle with polio, died on June 28 in London, where he had lived since 1964. He was 73.The death, described only as sudden, was announced on Mr. Dwoskin’s Web site, stephendwoskin.com.Originally trained as a graphic artist, Mr. Dwoskin was a prominent member of the avant-garde film underground, first in his native New York in the early 1960s and long afterward in London. He made dozens of films — some short, some feature-length — that often deliberately blurred the boundaries among fiction, documentary and autobiographical narrative. They were often the subject of retrospectives in Europe, where his work was generally better known.Emotionally intense, often with little or no dialogue, his films chart the narrow borderlands between pleasure and pain, eros and thanatos. One of Mr. Dwoskin’s best-known pictures, the 1997 documentary “Pain Is ...,” portrays a series of people living with constant pain — whether from illness, injury or sadomasochistic practice.Mr. Dwoskin’s work is at its core about looking: about the moviegoer gazing at the onscreen subject; about the onscreen subject gazing back at the moviegoer (or so it often seemed); and above all about gazing at the human body. In his early films, the object of the gaze was often the nude female body; in his later work it was increasingly his own, with all its attendant failings.His other films include “Dyn Amo” (1973), a feature about power and desire amid a chain of sexual liaisons; “Behindert” (1974), an autobiographical drama, starring Mr. Dwoskin, about a love affair complicated by his disability (the film, whose title is the German word for “hindered” or “disabled,” was originally made for German television); “Ballet Black” (1986), a documentary about Les Ballets Nègres, Europe’s first black ballet company; and “Intoxicated by My Illness,” a 2001 documentary he made about his precipitously declining health.Mr. Dwoskin was born in Brooklyn on Jan. 15, 1939. His father was an enthusiastic home-movie maker, and much of the footage he shot would reappear in “Trying to Kiss the Moon,” Stephen’s 1994 film constructed as fragments of autobiography.At 9, Stephen contracted polio. He underwent a grueling rehabilitation that entailed confinement in an iron lung, muscle transplants and relearning to walk, painfully, with crutches. (Mr. Dwoskin would use crutches for much of his life; in later life he used a wheelchair.) He spent four years in the hospital before he was discharged.“The themes of my work were born there in some ways, because it’s really all about this world of relationships without much conversation,” Mr. Dwoskin said in a 2009 interview on the British Web site Disability Arts Online. “Finding ways of communicating and to express the world from that position: that was my childhood.”As a young man, he studied at New York University and the Parsons School of Design; his teachers included Willem de Kooning and Josef Albers.While working in New York as a graphic designer — he was an art director at CBS Records and elsewhere — Mr. Dwoskin frequented the Downtown art scene, rubbing elbows with Andy Warhol and Allen Ginsberg. He also met the experimental filmmaker Maya Deren and became deeply influenced by her work.Mr. Dwoskin traveled to England on a Fulbright fellowship in 1964 and remained there for the rest of his life. He taught design and film at the Royal College of Art and the London College of Printing. Information on survivors was not available.Mr. Dwoskin was the author of “Film Is ...” (1975), a survey of independent cinema. His last film, “Age Is ...,” is scheduled to have its world premiere at the Locarno Film Festival in Switzerland next month.