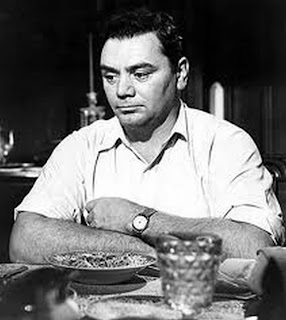 "Ernest Borgnine dies at 95; won Oscar for 'Marty,' showed comic side in sitcom"

The stocky, gap-toothed Connecticut native won an Academy Award for his portrayal of a lonely Bronx butcher looking for love in the 1955 drama 'Marty.' He also starred in the popular TV show 'McHale's Navy.'