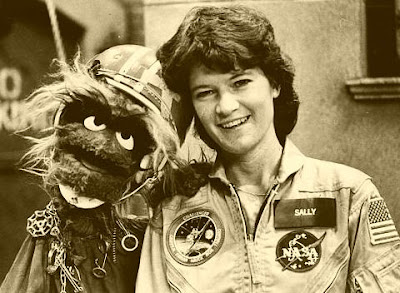 Statement by the President on the Passing of Sally Ride
Michelle and I were deeply saddened to hear about the passing of Sally Ride.  As the first American woman to travel into space, Sally was a national hero and a powerful role model.  She inspired  generations of young girls to reach for the stars and later fought tirelessly to help them get there by advocating for a greater focus on science and math in our schools.  Sally’s life showed us  that there are no limits to what we can achieve and I have no doubt that her legacy will endure for years to come.  Our thoughts and prayers go out to Sally’s family and friends.

Women in space
Posted by Mercury at 3:51 PM