Importance of the Higgs Boson...probably not much in technology, but something more profound 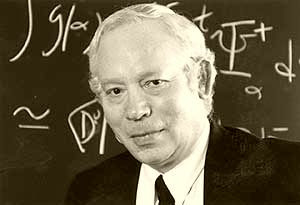 The Higgs Boson "...is not going to be used to cure diseases or improve technology. This discovery simply fills a gap in our understanding of the laws of nature that govern all matter, and throws light on what was going on in the early universe."--Steven Weinberg


"Why the Higgs Boson Matters"

[Steven Weinberg is a professor in the physics and astronomy departments at the University of Texas at Austin, and the recipient of the Nobel Prize in Physics for his work on the unified theory of weak and electromagnetic forces.]
Posted by Mercury at 7:39 PM