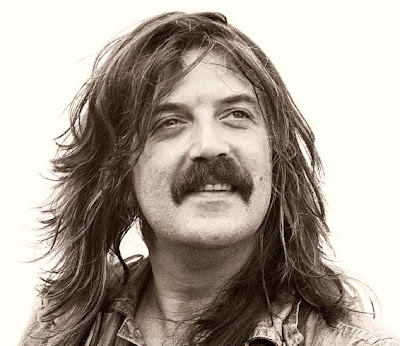 Organist who infused Deep Purple with classical influences, helping to make them one of the world's biggest rock bands

guardian.co.uk
'We're as valid as anything by Beethoven," declared Jon Lord of his band, Deep Purple, in an interview with the New Musical Express in 1973. Lord, who has died aged 71 after suffering from pancreatic cancer, was not merely adopting a rebellious stance. An accomplished classical composer as well as rock musician, he believed with some justification that his group's music was as profound in structure and as significant in cultural impact as any work from the symphonic canon. At the time, Deep Purple were among the world's biggest rock bands, having built an enormous fanbase on the strength of their classically influenced songs, which lent further weight to Lord's statement.Born in Leicester, Lord studied classical piano from the age of five. In his teens, the then-new rock'n'roll and R&B movements made a deep impression on him, in particular the music recorded by blues pianists and organists such as Jimmy McGriff and Jerry Lee Lewis. The contemporary combination of Hammond B3 and C3 organs with Leslie speakers appealed to him, and this became an instrumental setup that remained integral to Lord's signature keyboard style for the rest of his career.In 1959, he moved to London to pursue acting, which he studied at the Central School of Speech and Drama. He played the piano and Hammond organ in clubs to pay the bills, initially with a jazz band called the Bill Ashton Combo and then with Red Bludd's Bluesicians, featuring the vocalist Art Wood. While recording occasional sessions (he contributed keyboards to the Kinks' 1964 hit You Really Got Me), Lord pursued pop success in the Art Wood Combo, who later renamed themselves the Artwoods and appeared on TV. I Take What I Want was the group's only charting single.Lord discovered his trademark sound when he formed Santa Barbara Machine Head, which also featured Wood's brother and future Rolling Stone, Ronnie Wood. The key to this group's success was its powerful, organ- and guitar-driven formula, which pointed at the future musical recipe of Deep Purple, and also the meeting of Lord and the bassist Nick Simper. The duo were the backbone of Deep Purple, who formed when the businessman and manager Tony Edwards invested in the new group and auditioned the cream of London's young talent – the guitarist Ritchie Blackmore, the singer Rod Evans and the drummer Ian Paice among them. This quintet formed Purple's first lineup in 1968.Deep Purple spent the following eight years on a path that took them around the world on several occasions, playing the world's largest stadiums and issuing a series of classic LPs – In Rock (1970), Fireball (1971), Machine Head (1972) and Burn (1974) among them. Personnel came and went, but Lord and Paice remained constant members until the group's dissolution amid a haze of drug addiction and exhaustion in 1976.Of the great British rock bands of the 70s, only Led Zeppelin, Black Sabbath and the Stones were able to operate on as grand a scale: unlike any of those groups, Deep Purple took regular time out to indulge in classical projects initiated and directed by Lord. The most notable of these was the live Concerto for Group and Orchestra, recorded at the Royal Albert Hall in 1969.It was this equal passion for rock bombast and classical finesse that made Lord such an unusual musician. During Deep Purple's glory days, he often infused the songs with classical influences, as in the song April from the group's eponymous album in 1969. His organ playing, which often counterpointed Blackmore's virtuoso lead guitar, was unique and often copied.After the split, Lord formed a group with the rock singer Tony Ashton and Deep Purple's ex-drummer Paice entitled Paice, Ashton & Lord. They released one album, Malice in Wonderland, in 1977. He then joined Whitesnake, the band formed by Deep Purple's last lead singer, David Coverdale. This group, not to be confused with the 1980s reincarnation that played stadium rock and met with huge success, was an earthy, blues-rock band in which Lord's organ playing was an essential element. His stint in Whitesnake ended when he rejoined a reformed lineup of Deep Purple in 1984 alongside Blackmore, Paice, the singer Ian Gillan and the bassist Roger Glover.Many solo projects and collaborations came during and between Lord's membership of these bands, including Before I Forget (1982), which featured classical piano music; a commission to compose the soundtrack of Central Television's 1984 series The Country Diary of an Edwardian Lady; and guest spots on albums by rock luminaries such as Lord's Oxfordshire neighbour George Harrison and Pink Floyd's David Gilmour.Eight more years of recording and tours followed before Lord felt he had had enough of life on the road. In a letter to his bandmates in 2002, he requested that Deep Purple take a year off. When this request was declined, he amicably left the group. Solo projects followed, including a collaboration in 2004 with sometime Abba singer Anni-Frid Lyngstad, and the formation of a blues band, Hoochie Coochie Men, three years later. In 2010, Lord was made an honorary fellow of Stevenson College, Edinburgh, and the following year he was awarded an honorary doctorate of music by the University of Leicester.He is survived by his wife, Vicky, and their daughter, Amy; and a daughter, Sara, by his first wife, Judith, from whom he was divorced.

Los Angeles Times
Jon Lord, 71, a British keyboardist for Deep Purple and Whitesnake, died in London on Monday of a pulmonary embolism after a battle with pancreatic cancer, said a statement on his official website.Lord co-wrote some of Deep Purple's most famous tunes, including "Smoke on the Water," and later had a successful solo career after his retirement from the band in 2002.The Leicester, England-born musician got his start playing piano, first taking classical music lessons before shifting to rock 'n' roll.After moving to London to attend drama school, he joined blues band the Artwoods in 1964 and later toured with the Flowerpot Men — known for their hit "Let's Go to San Francisco" — before joining Deep Purple in 1968.Deep Purple — which at its peak featured Lord along with singer Ian Gillan, guitarist Ritchie Blackmore, drummer Ian Paice and bassist Roger Glover — was one of the top hard-rock bands of the 1970s. Influenced by classical music, blues and jazz, Lord took his Hammond organ and distorted its sound to powerful effect on songs including "Hush," "Highway Star," "Lazy" and "Child in Time."The group sold more than 100 million albums before splitting in 1976.Lord went on to play with hard rock group Whitesnake in the late '70s and early '80s and, later, a re-formed Deep Purple.

English rocker Jon Lord, who founded Deep Purple and co-wrote their most famous song, Smoke On The Water, has died aged 71.

The Telegraph
The Leicester-born keyboard player, who had pancreatic cancer, died in London today.A statement on his website said he had passed "from Darkness to Light".The statement said Lord was "surrounded by his loving family" when he died.Last year, Lord told fans he was "fighting cancer and will therefore be taking a break from performing while getting the treatment and cure".In a message on his website dated August 9, 2011, he added: "I shall of course be continuing to write music - in my world it just has to be part of the therapy - and I fully expect to be back in good shape next year."Lord started playing the piano in his family home and took classical music lessons before turning to jazz and rock 'n' roll.He moved to London at 19 to go to drama school, but was soon playing piano in pubs and bars and in 1964 joined cult blues band the Artwoods - formed by Ronnie Wood's brother Art.The band were critical favourites but never translated that into commercial success and split up.Lord then went on tour with manufactured psychedelic pop combo The Flowerpot Men, who had scored a hit with Let's Go To San Francisco, before joining Deep Purple in 1968.The heavy rockers sold more than 100 million albums - many featuring Lord's classically inspired keyboards.But their most famous song was the simple Smoke On The Water with its trademark riff.The band split in 1976 and Lord joined bandmate Ian Paice in Paice Ashton Lord before playing with Whitesnake and a reformed Deep Purple.

Smoke on the Water