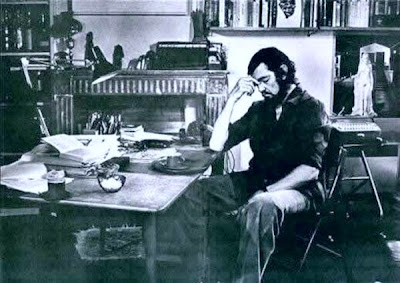 "The Drama of Existentialism"

Last year I published a book on French philosophy since 1960 with a chapter entitled "What Ever Happened to Existentialism?" The title referred to the fast and apparently complete fall of existentialism from favor among leading French intellectuals, beginning at least as early as the 1960s. My chapter analyzed the fall, asked whether it was as decisive as it seemed, and ended with suggestions that the movement may have had more long-term influence than it seemed to.Adam Gopnik's recent New Yorker essay on Albert Camus and his relation to Jean-Paul Sartre reminded me how irrelevant my title's question appears from a broader cultural standpoint. Whatever the ups and downs of Camus's or Sartre's stock on the high cultural exchange, their existentialism (not to mention that of their 19th-century predecessors, Kierkegaard and Nietzsche) has continued to spark interest among the larger population of educated people. The point is also illustrated by the strong reactions, both for and against Sartre and Camus, in the comments on Andy Martin's recent piece in The Stone. And, of course, the enduring sign of interest has been the perennial popularity of undergraduate college courses on existentialist philosophy and literature.Gopnik shows the reason for this continuing attraction. I would not recommend his essay as an accurate technical presentation of existentialist thought. For example, Sartre's magnum opus, "Being and Nothingness," is not an effort to "reconcile Marxism and existentialism"; that comes much later in his "Critique of Dialectical Reason." Nor did Sartre reason to his support of Marxist revolution through an atheistic version of Pascal's wager. But Gopnik has a ready response to such philosophical quibbles. The popular appeal of existentialism lies more in its sense of drama than in careful analysis and argument. As Gopnik exclaims: "Philosophers? They [Sartre and Camus] were performers with vision, who played on the stage of history."This is not to say that existentialists - particularly Sartre and Simone de Beauvoir - are not intellectually serious thinkers. But in contrast to most other philosophers, they work out of a continuing sense of human existence as a compelling drama. In part this derives from the heightened stakes of the war and occupation from which their mature work emerged. Recall Sartre's example of his student who was trying to decide whether to abandon his mother and join the Free French army. On the conventional view, the student's decision would depend on whether he loved his mother or his country more. But Sartre insisted that the decision itself would create the greater love the student might later evoke to justify it.The war even intrudes into the thorny ontological analyses of "Being and Nothingness." Arguing for the absoluteness of our freedom even in the face of severe constraints, Sartre - no doubt thinking of members of the Resistance captured by the Gestapo - insists that, even under torture, we are free. Those who yield and betray their comrades afterwards live in guilt because they know that, at the moment of betrayal, they could have held out for at least another minute.But existentialism also ties into the drama of everyday life. Sartre's study of "bad faith" (self-deception) is driven by striking vignettes like that of the woman torn between her psychological desire for a man's attention and her lack of sexual interest in him, who allows him to caress her while thinking of herself as a pure consciousness, with no essential tie to the body he is touching. Similarly, Sartre describes an overly zealous waiter, so self-consciously intent on doing everything just right that he winds up as much pretending to be a waiter as being one.Drama can always distort, and Sartre's examples are open to criticism for ignoring ambiguities and complexities for the sake of a vivid impact. When an interviewer much later confronted him with a passage expressing his stark early view of freedom under torture, Sartre replied that what was remarkable was that, when he wrote such things, he actually believed them. In another vein, feminist critics have noted the relentlessly masculine standpoint of Sartre's descriptions of what is supposed to be "human reality."An emphasis on drama also has the advantages and the disadvantages of inevitably connecting the philosophy with the personal life of the philosopher. Gopnik rightly emphasizes how Sartre and Camus's theoretical disagreements over political philosophy are reflected in the sad history of their lost friendship. This personal drama illuminates their philosophical differences and vice versa. Similarly, it is fair to look at Sartre's and Beauvoir's philosophy of freedom in the light of their famous pact to maintain an "essential love" for one another, while allowing for any number of "contingent lovers." Still, too much concern with the messy and ultimately impenetrable details of a life can lure us across the line between philosophical insight and titillating gossip.Despite its dangers, the drama of existentialism has kept some of the deepest philosophical questions alive in popular intellectual culture and provides students with remarkably direct access to such questions. I am always impressed by the frisson in my class when students realize that there's a sense in which Sartre is right: they could, right now, get up, leave the classroom, drop out of school, and go live as beach bums in a perpetually warm climate. But it's equally impressive to see them - still stimulated by what they're read in Sartre and other existentialists like Camus and Merleau-Ponty - reflect on why this sense of radical freedom is far from the whole story of their lives as moral agents. This combination of drama and reflection is the reason existentialism will always be with us.

[Gary Gutting is a professor of philosophy at the University of Notre Dame, and an editor of Notre Dame Philosophical Reviews. He is the author of, most recently, "Thinking the Impossible: French Philosophy since 1960," and writes regularly for The Stone.] 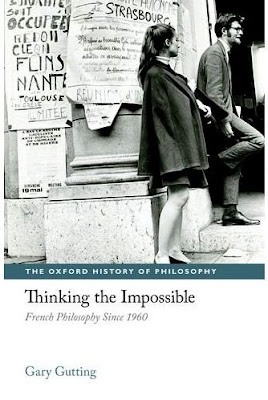 Thinking the Impossible French Philosophy Since 1960 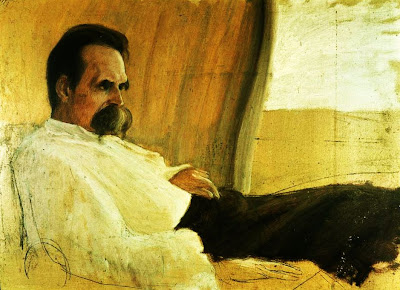 An 1889 oil sketch of Friedrich Nietzsche on his sick bed by Hans Johann Wilhelm Olde.

[Meredith Hindley is senior writer of Humanities. NEH has given two small grants and a research fellowship to Laird M. Easton since 1992 for work on Friedrich Nietzsche, Harry Graf Kessler, and Kessler’s diaries. Nietzsche’s life and work are the subject of numerous other NEH-supported projects including Nietzsche and the Ancient Skeptical Tradition by NEH research fellow Jessica N. Berry and American Nietzsche: A History of an Icon and His Ideas by NEH fellow Jennifer Eden Ratner-Rosenhagen.]

Thanks to stringer Tim for the article.
Posted by Mercury at 10:29 AM