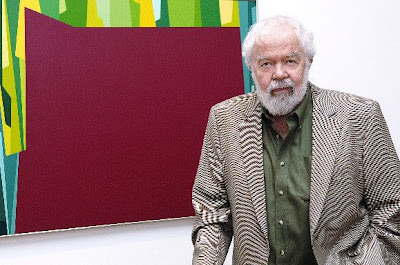 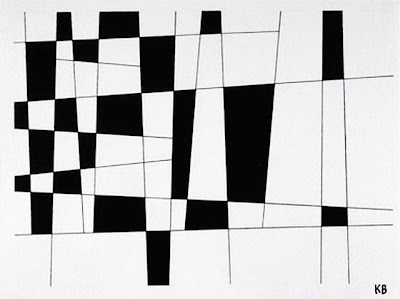 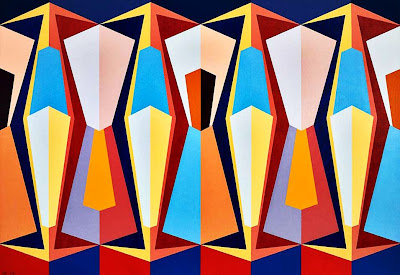 Karl Benjamin, a painter of dazzling geometric abstractions who established a national reputation in 1959 as one of four Los Angeles-based Abstract Classicists and created a highly acclaimed body of work that celebrates the glories of color in all its variations, has died. He was 86.Benjamin died Thursday of congestive heart failure at his home in Claremont, said his daughter Beth Marie Benjamin.His work had been displayed last year in "Karl Benjamin and the Evolution of the Abstraction, 1950-1980" at the Louis Stern Fine Arts gallery in West Hollywood as part of the region-wide Pacific Standard Time exhibitions.Benjamin was a longtime resident of Claremont and a vital part of the college town's art community. After retiring from a 20-year teaching career in public elementary and middle schools, he was a professor and artist-in-residence at Pomona College from 1979 to 1994 and taught at Claremont Graduate University. Through most of those years he also pursued an abiding interest in orchestrating intricate arrangements of color on canvas.Working with a full palette and a vocabulary of stripes, squares, triangles, circles, rings and irregular shapes, he created tightly balanced compositions that seem to shimmer, vibrate or explode in space. His work fell out of fashion in the 1970s and '80s, but he made an astonishing comeback in later years when his paintings suddenly looked fresh and smart to younger artists, critics and curators."I can think of no other artist whose paintings exude the joy and pleasure of being an artist with more intensity than Karl Benjamin's, nor any other artist whose long teaching career has left no blemish of cynicism on his practice," critic Dave Hickey wrote in the catalog of a 2007 survey of Benjamin's paintings at Louis Stern Fine Arts. "He is always the kid in the candy store, the kid with the rock in his pocket drawing it out, showing it to you and exclaiming 'Wow! Look at this.' "Times art critic Christopher Knight praised the Claremont Museum of Art for making "just the right choice for its inaugural exhibition" in his review of a 42-year survey of the artist's work, also in 2007. "Benjamin emerges as a colorist of great wit and inventiveness," he wrote.Born Dec. 29, 1925, in Chicago, Benjamin began his college education in 1943 at Northwestern University but dropped out the same year to enlist in the U.S. Navy. At the end of his military service, in 1946, he moved to California and resumed his studies at what is now the University of Redlands.Three years later, he received a bachelor's degree, married Beverly Jean Paschke and began teaching in an elementary school in the San Bernardino County town of Bloomington. After two years he shifted to a teaching position in Chino's public schools. He and his young family moved to Claremont in 1952.Benjamin's art career began in 1951 when he was asked to add a component of art to his students' curriculum. Initially working with crayons, he became intrigued with choosing colors and figuring out the effect of placing one hue next to another. Color, in and of itself, soon became his subject matter.At home, he began experimenting with oils and eventually took classes at Claremont Graduate School (now Claremont Graduate University), earning a master's degree in 1960. He received grants from the National Endowment for the Arts in 1983 and 1989.In a 1986 essay Benjamin wrote: "I am an intuitive painter, despite the ordered appearance of my paintings, and am fascinated by the infinite range of expression inherent in color relationships." Although he often set up a systematic structure based on numerical progressions, modular constructions or random sequences, he came up with surprising results.He showed his work in 1954 at the Pasadena Museum of Art and in 1958 at the Long Beach Museum of Art. But he rose to fame in 1959-60 with "Four Abstract Classicists." The landmark exhibition — also featuring the work of Lorser Feitelson, John McLaughlin and Frederick Hammersley — offered the L.A. artists' cool, hard-edge abstractions as an alternative to the East Coast's relatively emotional Abstract Expressionism. After appearances in Los Angeles and San Francisco, the show traveled to London and Belfast, Northern Ireland.Benjamin subsequently showed his work widely and was represented in major museum exhibitions such as "Geometric Abstractions in America" at the Whitney Museum of American Art in New York in 1962; the 30th and 35th editions of the "Biennial Exhibition of American Painting" at the Corcoran Gallery in Washington, D.C., in 1967 and 1977; and "Painting and Sculpture in California: The Modern Era" at the San Francisco Museum of Modern Art and the National Collection of Fine Arts in Washington, D.C., in 1976.Cal State Northridge organized a traveling survey of his work in 1989, and Pomona College presented a retrospective in 1994, when he became a professor emeritus. Benjamin also played a prominent role in "Birth of the Cool: California Art, Design and Culture at Mid-Century," a 2007-09 national traveling show organized by the Orange County Museum of Art.His work is in many museum collections, including those of the Los Angeles County Museum of Art, L.A.'s Museum of Contemporary Art, the San Francisco Museum of Modern Art, the Art Institute of Chicago and the National Museum of American Art.Besides his wife and his daughter Beth of Boulder Creek, Calif., he is survived by another daughter, Kris Benjamin Jones of Claremont; son Bruce Benjamin of Santa Cruz; six grandchildren; and three great-grandchildren.