Stop beating up on a liberal arts education 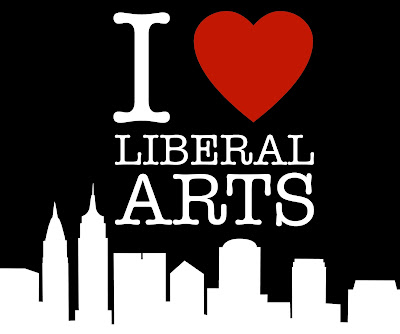 "Critics of the Liberal Arts Are Wrong"

The question of whether our government should promote science and technology or the liberal arts in higher education is not an either/or proposition, although the current emphasis on preparing young Americans for STEM-related fields can make it seem that way.

I sat on a commission put together by the American Academy of Arts and Sciences to explore this very question, and the subsequent congressional report, released today, acknowledges the critical importance of technical training, but also asserts without equivocation that the study of the humanities and social sciences must remain central components of America’s educational system at all levels. Both areas are critical to producing citizens who can participate effectively in our democratic society, become innovative leaders, and benefit from the spiritual enrichment that the contemplation of ethics, morals, aesthetics, and the great ideas over time can provide.

The Commission was created in 2011 at the request of members of the Senate and the House of Representatives and in a time of great economic uncertainty and insecurity. Parents and students who have invested heavily in higher education fret about graduates’ job prospects as technological advances and changes in domestic and global markets transform professions in ways that reduce wages and cut jobs. Under these circumstances, it is natural to look for what may appear to be the most “practical” way out of the problem: “Major in a subject designed to get you a job” seems the obvious answer to some, though this ignores the fact that many disciplines in the humanities characterized as “soft” often, in fact, lead to employment and success in the long run. Indeed, according to surveys, employers have expressed a preference for students who have received a broadly based education that has taught them to write well, think critically, research creatively, and communicate easily.

Moreover, students should be prepared not just for their first job, but for their 4th and 5th jobs, as there is little reason to doubt that people entering the work force today will be called upon to play many different roles over the course of their careers. The ones who will do the best in this new environment will be those whose educations have prepared them to be flexible.  The ability to draw upon every available tool and insight—gleaned from science, arts, and technology—to solve the problems of the future, and take advantage of the opportunities that present themselves, will stand them and the United States in good stead.

In May of 1780, while away in France, John Adams wrote to his wife Abigail expressing his hopes for the progress of the American experiment. “I must study Politicks and War that my sons may have liberty to study Mathematicks and Philosophy. My Sons ought to study Mathematicks and Philosophy, Geography, natural History, Naval Architecture, navigation, Commerce and Agriculture, in order to give their Children a right to study Painting, Poetry, Musick, Architecture, Statuary, Tapestry and Porcelaine.” Granted, there were poets and musicians in America in his time, but what Adams was really expressing was “the truth that a country must have a sufficient level of wealth, stability and security before large numbers of its citizens can engage in pursuits broader than the basic struggle for survival that war and politics — the substitute for war — address.” Despite our economic woes, the United States is a wealthy nation. We have the capacity to create and maintain an educational system that trains students in science, math, history, art, and other disciplines, at the very highest level. Will we continue to fulfill the worthy vision for the nation that Adams set forth?
Posted by Mercury at 9:11 AM