Curtis White's "The Science Delusion: Asking the Big Questions in a Culture of Easy Answers" reviewed 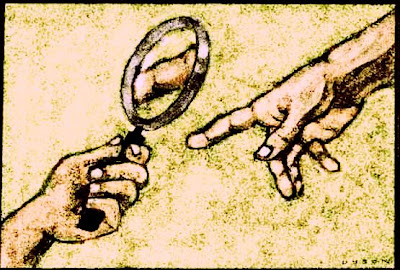 "The Case Against Reason"

Curtis White argues that science isn’t the only way of looking at the world.

When Richard Dawkins was named the world’s “Top Thinker” in a poll recently published by Prospect magazine, it was hard to avoid the suspicion that the world—or at least that part of it that votes in such polls—must have an impoverished sense of what constitutes a vital or transformative intellectual figure. Any list of “thinkers” that doesn’t feature one woman in its top 10 (Arundhati Roy opened the scoring for the gals at No. 15) probably shouldn’t be taken completely seriously anyway, but the fact that it was the result of public voting does offer an insight into the kinds of ideas contemporary Anglo-American culture values most highly.

The author of The God Delusion is not a particularly momentous or provocative figure in the sense that he’s got much that is new or challenging to say about the world we live in. (Shorter Dawkins: Religion’s for mugs; science rules.) But his popularity and prominence, along with that of the other New Atheism figureheads, illustrate the extent to which science, and the inflexible ideal of reason, has usurped the place of philosophy and the humanities in popular intellectual culture.

One person who may well have been rolling his eyes pretty hard at the news of Dawkins’ apotheosis as Capo di Tutti Public Intellectuals is Curtis White, whose new book The Science Delusion is a series of targeted takedowns of key figures in this cultural hegemony of science. White is a nonbeliever, but like a lot of nonbelievers—me included—he’s frustrated with the so-called New Atheism’s refusal to engage with anything but the narrowest and most reductive understanding of religious experience, and its insistence on the scientific method as the only legitimate approach to truth. He starts out here by taking some well-aimed swipes at the Dawkins-Hitchens-Dennett Axis of Reason, but the book’s interest isn’t so much in the New Atheism per se as in the broader ideology of which it is the militant wing: scientism. Science often looks like the only show in town when it comes to considering things like the nature of consciousness and the meaning of human existence, and White is convinced that the demotion of the humanities—of poetic, philosophical, and spiritual approaches to truth—is a demotion of humanity itself. He’s aggravated, in particular, by the mechanistic model of personhood advanced by neuroscience, whereby consciousness is seen as something that can be “mapped,” explained in terms of “wiring” and “connections,” as though the mind were actually (as opposed to just metaphorically) a kind of computer. And so he’s arguing for a return to the spirit of Romanticism, to an intellectual culture that looks to poets and philosophers and artists, rather than scientists, for insight into what used to be called “the human condition.”

As anyone who has read his previous book The Middle Mind will know, White is a mad-as-hell merchant. His anger can be rhetorically persuasive, particularly when he’s taking on sci-tech evangelists for ignoring the extent to which post-Enlightenment rationality has been responsible for at least as much human suffering as religion. “In spite of its obsession with Jews,” he writes, “the horror of Nazism was not a religious nightmare; it was a nightmare of administrative efficiency.” But his indignation has a tendency to curdle into sour, ineffectual derision. It isn’t that his targets aren’t richly deserving of his wrath; it’s that it’s so often channeled into puzzlingly irrelevant ad hominem attacks and hastily constructed straw men.

White has it in for the theoretical physicist and Nobel laureate Richard Feynman, who insisted that “there is nothing that living things do that cannot be understood from the point of view that they are made from atoms acting according to the laws of physics.” But instead of seriously pursuing the troubling implications of this anti-humanist notion, he plunges us down the off-ramp and starts zipping along the low road at a ferocious clip: “I hope you will agree that this is a very disappointing conclusion for someone who was almost as famous for playing the bongos and going to strip clubs as he was for physics.” The next time Feynman appears, he’s introduced as “bongo man Feynman.” Maybe I’m missing something here, but it’s not apparent to me how a person’s enthusiasm for bongos and strip clubs has any bearing on whether his scientific ideas are worth taking seriously. This is about as clear a case as I’ve ever encountered of playing the man rather than the ball. And it’s frustrating not because you feel Feynman is being unfairly traduced but because this stuff is just not worth talking about in this context; it’s a pointless diversion, and it erodes your faith in White as a navigator of the territory.

A more serious problem is a tendency to oversimplify and caricature the views he’s engaging with. White has a very strong case against Jonah Lehrer (whose ideas, he points out, remain standing even though his journalistic reputation has been toppled). The version of creativity that Lehrer sells in his book Imagine is, for White, a trite and desiccated thing, the business of mere dutiful neurons; worse, it collapses any distinction between Beethoven and some guy who invented a new type of mop. Creativity, in the view of Lehrer and other biz-phil savants, is a means toward an end; it’s useful because it contributes to a “creative economy.” But White chooses to demonstrate the extent to which this kind of thinking has infected the culture as a whole by presenting us with an imagined dialogue “between an arts council board member and a ‘difficult’ person like me”:

“Oh! Art! We must save it!” she says.
“Really? Why?” I ask.
“Well! Because it’s so beautiful, of course!”
“Can you please stop talking with exclamation marks? You’re as bad as a Tea-bagger going on about the federal deficit.”
“Sorry! If not because it’s beautiful, then because our children ought to learn to be creative.”
“Why?”
“Because that’s nice, don’t you think? Are you trying to confuse me?”
If you have a bullshit detector, these “reasons” should set it off, even if you also think, “Oh, let her say what she likes, the moron, since it’s in my interest. ...”

The readings are pretty high on the old bullshit detector here all right, but not for the reasons White wants to suggest. There are surely more effective ways to discredit a real set of assumptions than having an imagined moron coolly interrogated by an imagined Curtis White. But he does this kind of thing again and again; the book is so filled with reductive imaginings of ideas that are already sufficiently weak in their actual form that the whole enterprise seems in danger of becoming a Million Straw Man March on the citadel of scientism.

There’s certainly a very real need to march on that citadel, because the idea that there can be only one kind of truth has to be deeply damaging to the intellectual development of a culture. You don’t have to devalue empiricism to believe that there are kinds of understanding that can’t be accessed in a controlled, peer-reviewed experiment. The problem, obviously, isn’t science; it’s the arrogance with which many scientists, and popularizers of science, dismiss the value of other ways of thinking about questions of meaning, about the world and our place in it. Lehrer, say, wants us to believe that, because neurologists can demonstrate how Observable Phenomenon X was happening in Part Y of Bob Dylan’s brain when he wrote “Like a Rolling Stone,” science can therefore “explain” the human capacity for creativity or imagination. This is like saying that the song itself is best appreciated by putting it on your stereo and then mapping the sound waves it creates. It doesn’t really tell us anything useful, or usefully true. But this is the kind of truth in which scientism, and the culture that accommodates it, puts most stock.

I’ve spent a good portion of my adult life in the academic study of English literature and, for me, there is no more painful—and painfully obvious—proof of the intellectual hegemony of science than how the disciplines of the humanities have been forced to adopt a language of empiricism in order to talk about their own value. If you want to do a Ph.D. on, say, the poetry of Elizabeth Bishop, you will need to be able to talk about what you’re doing as though it were a kind of science. What you’re doing is “research,” and that research has to be pursued through the use of some or other “methodology.” In order to get funding for that research, you’ll need to establish how it will advance the existing body of knowledge on Bishop’s poetry, and how it will “impact” upon the wider public sphere. The study of the humanities, in other words, very often has to present itself as a kind of minor subsidiary of science.

This is just one, fairly specific, form of the devaluation of the humanities in an efficiency economy. Scientism is essentially the belief, the faith, that all problems and questions are potentially soluble by empirical investigation (and that if they’re not, they’re somehow not real questions, not real problems). But there are large areas of human experience for which science has no convincing or compelling means of accounting. I am, I suppose, more or less an atheist, but when I read the Book of Genesis, I find that there is something profoundly true about the picture of human nature in those verses—a picture of our perversity and self-alienation that neuroscience, for instance, has no way of getting at or talking about. Schopenhauer, Freud, and Heidegger all give us comparable forms of truth—truths that aren’t verifiable or measurable in the same way as those of science, but that are no less valuable. The most important truths are often untranslatable into the language of fact. 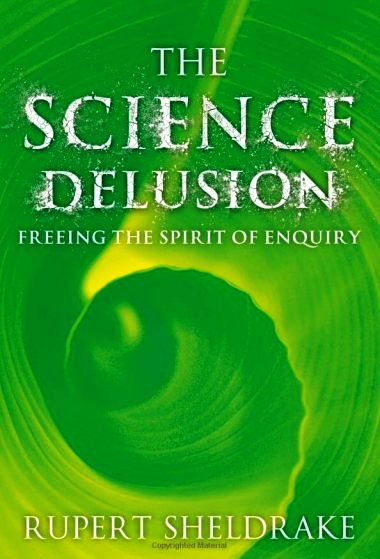 The Science Delusion: Asking the Big Questions in a Culture of Easy Answers

Email ThisBlogThis!Share to TwitterShare to FacebookShare to Pinterest
Labels: Curtis White, science and reason, The Science Delusion: Asking the Big Questions in a Culture of Easy Answers