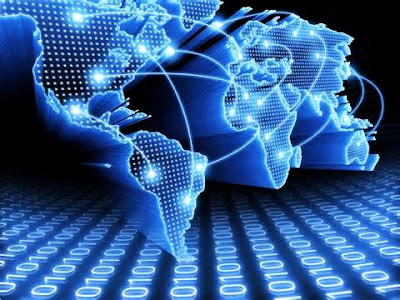 "Is the Internet killing English?"

Shakespeare and Aristotle may no longer be the big men on campus, as more college students abandon the humanities in favor of the sciences. But nowhere does the decline of the core liberal arts curriculum seem more pronounced than in online courses, experts say.

Young Americans have been turning away from literature, philosophy, history and religion for some time, several recent studies show. This week, a national group of academics supported by the American Academy of Arts & Sciences delivered a report to Congress to raise awareness among lawmakers about the decline in humanities. “It’s almost as if a memo went out to students from their friends and families telling them not to study the humanities,” says Anthony Grafton, a history professor at Princeton University.

At Radcliffe and Harvard College, the percentage of students majoring in the humanities dropped to 20% last year from 36% in 1954, the report added. “In the other divisions of the university, students learn about the world as it is,” the report said. “In the rest of the humanities, they learn about how it was and how it might be.” (Grafton cautions that Harvard’s decline may not represent the national picture. “There’s huge local variation,” he says.)

For a picture of what the curriculum of tomorrow may look like, one need look no further than the online course catalog. Humanities enrollments are among the least popular of all online academic subjects. A 2011 paper, “Learning at a Distance,” published by the government’s National Center for Education Statistics estimated that only 14% of humanities majors took even a single online course. That proportion is smaller than in nearly all other academic disciplines, including computer sciences and education (27%), business (24%), general studies (23%), health care (22%) and engineering (16%).

There are also financial reasons: Online computer science courses are generally regarded as an inexpensive and convenient path to entry into the job market. “There’s a big need for tech skills now over humanities,” says Dan Schawbel, founder of Millennial Branding, a management and consulting firm. Some 50% of all students today don’t believe they require an actual classroom, he says. Indeed, the number of online enrollments has nearly tripled, rising to 32% of total college enrollments in 2011 from 12% in 2002, according to a 2013 survey by Babson Survey Research Group.

But the humanities are important to the business world, academics say, for tasks ranging from a company’s efforts to expand successfully overseas to how it interacts with its customers, academics say. “It’s hard to exaggerate how bad Americans are at soft knowledge of other cultures,” says Princeton’s Grafton. The value of language skills, and the study of cultures cannot be overstated, he says. “I’ve always been struck by the way Japanese auto companies came to America and competed with U.S.-made cars,” Grafton says. “In Iraq and Afghanistan, we have not been overly strong in our ability to communicate with our allies.”

And, as online learning comes of age, some academics say more students will be more willing to discuss the virtues of Frederich Nietzsche with their professors online. “As the numbers increase, attitudes about online learning will also become more open,” says Claire Wladis, an associate professor of mathematics at the Borough of Manhattan Community College at the City University of New York. “Non-traditional” students—those working full-time, or those with children—gravitate to online degrees and may be as likely to choose humanities as science, she says.
Posted by Mercury at 12:20 PM

Email ThisBlogThis!Share to TwitterShare to FacebookShare to Pinterest
Labels: English language and the Internet