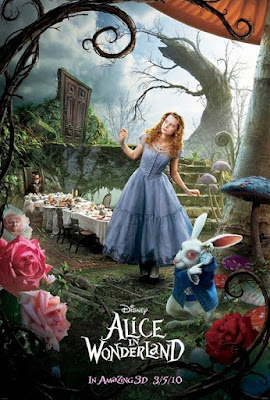 "Hollywood Starts to Worry as 3-D Fizzles in U.S."

The New York Times
Has the 3-D boom already gone bust? It’s starting to look that way — at least for American moviegoers — even as Hollywood prepares to release a glut of the gimmicky pictures.

Ripples of fear spread across Hollywood last week after “Pirates of the Caribbean: On Stranger Tides,” which cost Walt Disney Studios an estimated $400 million to make and market, did poor 3-D business in North America. While event movies have typically done 60 percent of their business in 3-D, “Stranger Tides” sold just 47 percent in 3-D. “The American consumer is rejecting 3-D,” Richard Greenfield, an analyst at the financial services company BTIG, wrote of the “Stranger Tides” results.

One movie does not make a trend, but the Memorial Day weekend did not give studio chiefs much comfort in the 3-D department. “Kung Fu Panda 2,” a Paramount Pictures release of a DreamWorks Animation film, sold $53.8 million in tickets from Thursday to Sunday, a soft total, and 3-D was 45 percent of the business, according to Paramount.

Consumer rebellion over high 3-D ticket prices plays a role, and the novelty of putting on the funny glasses is wearing off, analysts say. But there is also a deeper problem: 3-D has provided an enormous boost to the strongest films, including “Avatar” and “Alice in Wonderland,” but has actually undercut middling movies that are trying to milk the format for extra dollars.

“Audiences are very smart,” said Greg Foster, the president of Imax Filmed Entertainment. “When they smell something aspiring to be more than it is, they catch on very quickly.”

Muddying the picture is a contrast between the performance of 3-D movies in North America and overseas. If results are troubling domestically, they are the exact opposite internationally, where the genre is a far newer phenomenon. Indeed, 3-D screenings powered “Stranger Tides” to about $256 million on its first weekend abroad; Disney trumpeted the figure as the biggest international debut of all time.

With results like that at a time when movies make 70 percent of their total box office income outside North America, do tastes at home even matter?

After a disappointing first half of the year, Hollywood is counting on a parade of 3-D films to dig itself out of a hole. From May to September, the typical summer season, studios will unleash 16 movies in the format, more than double the number last year. Among the most anticipated releases are “Transformers: Dark of the Moon,” due from Paramount on July 1, and Part 2 of Part 7 of the “Harry Potter” series, arriving two weeks later from Warner Brothers.

The need is urgent. The box-office performance in the first six months of 2011 was soft — revenue fell about 9 percent compared with last year, while attendance was down 10 percent — and that comes amid decay in home-entertainment sales. In all formats, including paid streaming and DVDs, home entertainment revenue fell almost 10 percent, according to the Digital Entertainment Group.

The first part of the year held a near collapse in video store rentals, which fell 36 percent to about $440 million, offsetting gains from cut-price rental kiosks and subscriptions. In addition, the sale of packaged discs fell about 20 percent, to about $2.2 billion, while video-on-demand, though growing, delivered total sales of less than a quarter of that amount.

At the box office, animated films, which have recently been Hollywood’s most reliable genre, have fallen into a deep trough, as the category’s top three performers combined— “Rio,” from Fox; “Rango,” from Paramount; and “Hop,” from Universal — have had fewer ticket buyers than did “Shrek the Third,” from DreamWorks Animation, after its release in mid-May four years ago.

“Kung Fu Panda 2” appears poised to become the biggest animated hit of the year so far; but it would have to stretch well past its own predecessor to beat “Shrek Forever After,” another May release, which took in $238.7 million last year.

For the weekend, “The Hangover: Part II” sold $118 million from Thursday to Sunday, easily enough for No. 1. “Kung Fu Panda 2” was second. Disney’s “Pirates of the Caribbean: On Stranger Tides” was third with $39.3 million for a new total of $152.9 million. “Bridesmaids” (Universal Pictures) was fourth with $16.4 million for a new total of about $85 million. “Thor” (Marvel Studios) rounded out the top five with $9.4 million for a new total of $160 million.Studio chiefs acknowledge that the industry needs to sort out its 3-D strategy. Despite the soft results for “Kung Fu Panda 2,” animated releases have continued to perform well in the format, overcoming early problems with glasses that didn’t fit little faces. But general-audience movies like “Stranger Tides” may be better off the old-fashioned way.

“With a blockbuster-filled holiday weekend skewing heavily toward 2-D, and 3-D ticket sales dramatically underperforming relative to screen allocation, major studios will hopefully begin to rethink their 3-D rollout plans for the rest of the year and 2012,” Mr. Greenfield said on Friday.

The fad will fizzle...3D is a doomed novility
Posted by Mercury at 7:16 AM