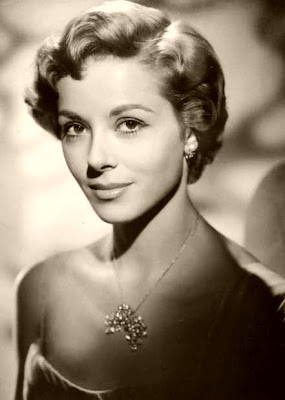 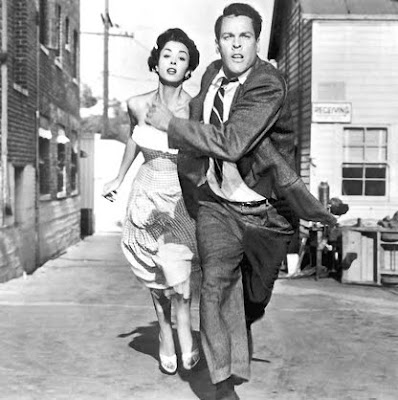 "Dana Wynter dies at 79; actress in 'Invasion of the Body Snatchers'"

Los Angeles Times
Dana Wynter, an actress best known for her role in the 1956 science-fiction classic "Invasion of the Body Snatchers," has died. She was 79.

She portrayed Becky Driscoll, the love interest of Kevin McCarthy's Dr. Miles Bennell in "Invasion of the Body Snatchers," director Don Siegel's tale of a small town whose residents were being replaced by emotionless duplicates grown in pods.

"Wynter is quite attractively English, and very different from the 'average' sci-fi leading ladies of the '50s, many of whom were pinup girl-types none too convincingly playing scientists or biologists," Tom Weaver, a science-fiction film expert, told The Times on Saturday in an email. "She's chic and smart, and yet has a bit of a girl next door quality — provided you live next door to Windsor Castle."

Film critic Leonard Maltin in his "2011 Movie Guide" said the film was "classic, influential and still very scary." It became a cult classic in part for what Maltin called its "McCarthy-era subtext."

Wynter told Weaver in a 1999 interview for Starlog magazine: "It was just supposed to be a plain, thrilling kind of picture. That was what Allied Artists thought they were making.… We realized … that we were making an anti-ism picture. Anti-ism — fascism, communism, all that kind of thing. We took it for granted that's what we were making but it wasn't spoken about openly on the set or anything like that."

Bautzer said his mother didn't think the role would come to define her and "she didn't consider acting a worthy profession for an adult."

She was born Dagmar Winter on June 8, 1931, in Germany and grew up in England.

As a youth, she moved to what was then Southern Rhodesia with her father, a surgeon, and stepmother. She was a pre-med student for more than a year at Rhodes University in South Africa before returning to England and turning to acting. In a 1959 story in The Times, Wynter said acting "is fun and exciting, but compared to medicine it's nothing."

Some of her favorite roles were in television programs such as "Robert Montgomery Presents" and "Playhouse 90." She starred with Robert Lansing in the series "The Man Who Never Was," which debuted on ABC in 1966, and appeared on such television series as "Wagon Train," "Cannon" and "The Rockford Files." Other film roles included "Sink the Bismarck!" in 1960.

Wynter was "the most wonderful woman and an incredibly talented writer," her son said. She wrote the 2005 book "Other People, Other Places: Memories of Four Continents" and was an animal-rights advocate.

Wynter had lived in the community of Upper Ojai for more than 10 years and had a home in Ireland for about 25 years, said Bautzer, who is her only survivor. She was divorced.
Posted by Mercury at 9:14 AM