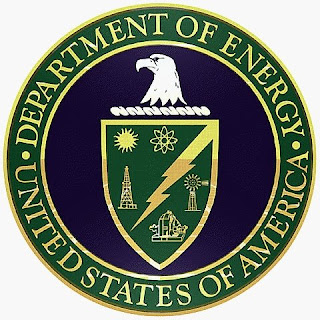 The question is WHY. Why is the U.S. Department of Energy fussing over this?

San Francisco Chronicle
Stanford's famed high-energy physics laboratory is in a tussle with the U.S. Department of Energy over naming rights to the Stanford Linear Accelerator Center, better known as SLAC.

The Energy Department, which pays SLAC's annual $300 million bill, wants to rename the lab to reflect changes in the direction of research since the facility opened 46 years ago.

On top of that, Energy Department officials have filed an application to trademark whatever new name the lab is finally given so no one else can use it.

University officials oppose any copyright plan with the Stanford name in it, and many SLAC scientists oppose any name change at all. Protest petitions at the lab have been circulating for weeks.

One eminent physicist, who asked to remain anonymous because he didn't want his name entangled in a political brouhaha, called the renaming issue "bizarre, petty and even stupid."

Stanford officials who insist the government can't copyright the venerable university's name have countered with an offer that would give federal officials a royalty-free "perpetual" license to use the Stanford and SLAC names.

"SLAC's record is pretty distinguished, and with the university's offer of a license to use the Stanford name, what more do they need?" said Burton Richter, SLAC's former director and one of the Nobelists who won his prize there. "I'm really bewildered."

Devon Streit, associate director of the Energy Department's science office, said SLAC is a national laboratory and the federal agency has renamed many of its 16 other national labs to reflect their new research directions. It also has trademarked their names to protect them from commercial exploitation, and the same will be true of any new name that's chosen for SLAC, Streit said.

A new name for SLAC, she said, should reflect the new missions and research efforts that scientists there are now undertaking.

Over the past five decades, the atom-smashing work of SLAC's 2-mile-long linear accelerator has revealed countless secrets of the subnuclear particles that make up all matter, and three Nobel prizes have gone to scientists working there. Particle physics has long been SLAC's prime focus.

Now the lab has at least two new major research missions, including a focus on photon science that deals with the fundamental particles of light, and particle astrophysics that explores the riddles of everything from supernovas and black holes to the origin of the universe.

"We're unbelievably excited about these new missions for the lab," Streit said.

For photon science, SLAC engineers and scientists are building a huge new device called the Linac Coherent Light Source, a free-electron laser to produce hard X-rays - 10 billion times brighter than any X-ray beam on Earth. The laser will probe the arrangement of atoms in materials of all kinds, including the atomic properties of living molecules.

"That machine will be really cool," Streit said.

SLAC's director, Persis Drell, is on vacation and couldn't be reached for comment, but a university spokesman said Drell has accepted that the laboratory's name will be changed and has asked SLAC staff members to propose new ones. A short list of suggested names will be forwarded to Stanford President John L. Hennessy, but Energy Department officials will have the final say. No deadline has been set.

"The Stanford Linear Accelerator Center is manifestly identified with Stanford University, and this connection is critical for recruiting the best scientists and engineers," said Martin Breidenbach, a particle physicist at SLAC and a Stanford professor. "Changing the name will weaken that link."

Drell agrees, according to the Stanford News Service. "SLAC has a long, illustrious history and the name evokes that history," Drell is quoted as saying.

Construction of the linear accelerator on the Stanford campus began in 1962, and when it was finished under the leadership of the now-deceased Wolfgang K.H. Panofsky, it was hailed not only as a feat of engineering and science, but also because it was completed on time and below its budget of $114 million - something no big scientific machine of the time had ever equaled. 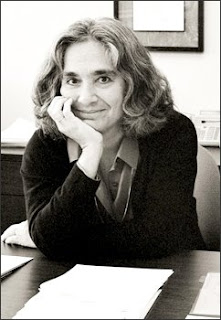 Persis S. Drell
Persis S. Drell is Professor and Director at SLAC. She received her B.A. in mathematics and physics from Wellesley College in 1977. She received her Ph.D. in atomic physics from the University of California, Berkeley, in 1983. She then switched to high-energy experimental physics and worked as a postdoctoral scientist with Lawrence Berkeley National Laboratory. She joined the faculty of the Physics Department at Cornell University in 1988. In 2000, she became head of the Cornell high-energy group; in 2001, she was named deputy director of Cornell’s Laboratory of Nuclear Studies. In 2002, Dr. Drell accepted a position as Professor and Director of Research at SLAC. Her current research activities are in particle astrophysics. She has recently been working with the GLAST project as Deputy Project Manager.

Dr. Drell has been the recipient of a Guggenheim Fellowship, a National Science Foundation Presidential Young Investigator Award and she is a fellow of the American Physical Society.

As a 15 year employee at SLAC I can honestly say that the current discontent with the DoE's very disingenuous rational for wanting to change the lab's name is just the tip of the ice berg.

For the better part of the last two years DoE has cut funding, forced staff layoffs and is implementing procedures into place that are all but strangling the world class science being done here. The new lab director Persis Drell is viewed as playing lap dog as she's basically rolled over on the name change issue has has shown no concern for the concerns articulated by a substantial majority of the SLAC staff opposed to the current round of DoE idiocy.