EGADS--what's going on at MIT? 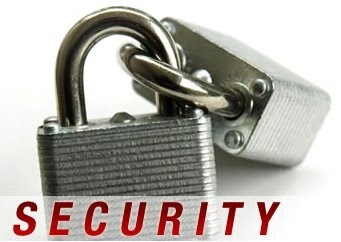 One has to scratch one's head when something like this surfaces. Is this really a security issue or runaway micromanagement and security paranoia on steroids.


"Government Declares Some Grad Students Are 'Security Threats'"
by

Eight MIT graduate students with student visas were denied a key credential by the Department of Homeland Security. After their department appealed the decisions on their behalf, the DHS declared at least two of the students "security threats."

The troubles stem from a new homeland security program called the Transportation Worker Identification Credential, a plastic card which, like an MIT ID, contains personally identifying information and can be read wirelessly. Without the credential, the students will soon have a harder time boarding and leaving ships at U.S. ports, including the three research ships at the Woods Hole Oceanographic Institute, where the students work.

The situation was well-known to WHOI, but it only came to MIT's attention yesterday, when a German student forwarded to colleagues in the Earth, Atmosphere, and Planetary Sciences Department a letter from the Department of Homeland Security. The letter said in part: "I have personally reviewed the Initial Determination of Threat Assessment, your reply, accompanying information, and all other information and materials available to the TSA. Based upon this review, I have determined that you pose a security threat and you do not meet the eligibility requirements to hold a Transportation Worker Identification Credential (TWIC)." A British graduate student received a similar letter, said James A. Yoder, dean of WHOI.

After the denials, WHOI sent an appeal on behalf of each student, saying how important the students were to government-sponsored research, Yoder said. "We'd sure like them to have the same access rights as any other graduate student," Yoder said.

WHOI will continue to try to obtain the credential for the students. "We're a long way from giving up," he said.

Without a TWIC, graduate students will face a hassle, but not an insurmountable burden, Yoder said. In preparation for a research cruise, people frequently have to run out and get supplies or replace broken parts, Yoder said, and this is hard if you cannot freely enter and leave the port.

WHOI is currently working within the DHS system to try to get credentials for its workers with student visas, called F-1 visas. WHOI has also contacted its Congressional delegation, Yoder said. They have not yet contacted an attorney, he said.

The government has denied at least two students' appeals and decided that the students' visa status made them a "security threat."

Applicants to the credential program were required to submit electronic fingerprints and their passports were photocopied, but whether the DHS will connect this information to their "security threat" status (which could make it difficult to fly) is as yet unclear.

It is "just really offensive" to call the graduate students security threats, said Yoder. The students conduct research funded by federal agencies including the National Science Foundation, he said. Because WHOI has no secure facilities, its employees do not do research on site that requires a security clearance, Yoder said.

Wilken-Jon von Appen G, an oceanographer from Germany who had his request for a TWIC denied and was subsequently deemed a "security threat," said that the TWIC restrictions only hinder research. Field research is essential to oceanographer’s work: "If you have not been out at the field and have not seen under which conditions measurements are being taken, you have no feeling whatsoever" for your research, said von Appen.

Von Appen has worked on research cruises that departed from Woods Hole during summer 2006 and summer 2007. He plans this summer to visit a mooring point off the Greenland coast, where he will collect information about short-term changes in the currents that leave the Arctic Ocean.

It caused "a bit of a troublesome feeling" to be considered a threat by the government, von Appen said. He said he would have understood an explanation of why his visa status made the government think it should his deny his application, but the "threat" language made little sense.

Yoder agreed. He said he understood the government's arguments about the students' visa status. But he said he took issue with "this outrageous wording that calls them security threats. … That’s unreasonable."

What exactly is a security threat?

In the Code of Federal Regulations, a person generally presents a "security threat" if the TSA considers him a threat to national security, to transportation security, or of terrorism. A person may also pose a "security threat" if he "has lacking mental capacity." But a person may also pose a threat if he does not have the right kind of visa, as described in 49 CFR § 1527.105.

The TWIC card is available to most U.S. citizens and to some residents with certain visas, according to the Code of Federal Regulations. Student visas are not explicitly listed as one of the kinds the government may accept, but the rules provided allow the government some leeway. Despite this flexibility, the TSA's Security Threat Assessment Operations department denied applications by eight WHOI graduate students. The $132.50 fee for each application, paid by the institute, is nonrefundable.

Although WHOI has been working on the TWIC denials since early April, administrators at affiliate institution MIT seem to have only learned of the troubles yesterday.

"I just learned about it moments before you called me," said Danielle Guichard-Ashbrook, director of the International Students Office, yesterday afternoon. "I'm sure that MIT is going to be very, very concerned about this," she said.

MIT will investigate the problems and contact lawyers and immigration officials if necessary, she said.

Through his secretary, Dean for Graduate Education Steven R. Lerman '72 declined to comment and deferred to the ISO.

Chancellor Phillip L. Clay PhD '75 was made aware of the situation yesterday, Yoder said. Clay could not be reached for comment.

Other oceanographic institutions have not tried to get credentials for all their staff and students, Yoder said, so they are unlikely to have encountered similar problems.

At the University of Washington's School of Oceanography, ship crew and dock workers have received TWIC credentials, but there is no coordinated effort to get the card for all employees, according to a spokeswoman for the administrative office.

Although all ports were originally required to check for the credential by mid-September 2008, most ports now face an April 15, 2009 deadline. Boston and New England have an Oct. 15, 2008 deadline instead, in a "realignment" announced by the DHS last Friday.

The delay may be related to the slow speed at which credentials are being issued: workers receive a TWIC identification card 4–8 weeks after they have completed the signup process, "due to technical capacity challenges that resulted from the sophisticated encryption that ensures the security of the cards," according to the TSA's Frequently Asked Questions Web site.

Specifications for the card are available online at:

Seeking comment from the government, this reporter was referred by the DHS media relations office to the TSA public affairs office, who redirected the call to the TWIC hotline. After 30 minutes on hold, this reporter was told by an operator to contact the DHS, who did not return a request for comment.

CORRECTION TO THIS ARTICLE: