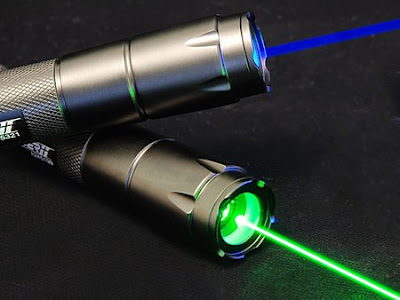 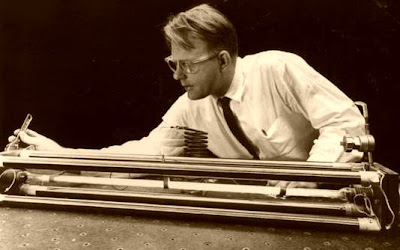 The New York Times
William R. Bennett Jr., a physicist and inventor who helped develop a gas laser in the 1960s in technology that later revolutionized surgery and made possible compact-disc players and grocery-store scanners, died on June 29 at his home in Haverford, Pa. He was 78.

The cause was cancer of the esophagus, his family said.

In the late 1950s, while working at Bell Laboratories in Murray Hill, N.J., Dr. Bennett and a small scientific team assembled a gas laser, the first of its kind able to send out a continuous beam of red light.

The team, which included Donald R. Herriott and Ali Javan, trapped helium and neon in a pressurized tube and agitated the gases’ atoms with an electrical current. Internal mirrors at each end of the tube redirected the resulting particles of light to send them out in a concentrated and continuous beam.

The helium-neon gas laser described by Dr. Bennett and the team in the journal Physical Review Letters in 1961 represented a departure from an earlier laser, which derived its beam from a solid material, synthetic ruby.

Gas lasers have some advantages over those using ruby and other solid materials. For example, although both types are in wide use, gas lasers allow heat to disperse from the laser’s tube relatively rapidly. Dr. Javan and Dr. Bennett received a patent for the gas laser in 1964.

In following years, Dr. Bennett and others experimented with argon, krypton, xenon and similar gases and studied the qualities and burning power of their laser beams. Gas lasers have been used in construction and surveying and to cut or weld materials for industrial applications.

Lasers have also profoundly altered eye surgery and are now commonly used to modify precisely the shape of the cornea and sharpen vision and to halt the progress of macular degeneration and other ocular diseases.

Dr. Bennett left Bell Laboratories and in 1962 joined the newly formed department of physics and applied science at Yale. There, he continued his laser research, studied musical sound, and looked into possible health effects of power lines and electromagnetic fields, a risk he believed to be significantly overrated.

William Ralph Bennett Jr. was born on Jan. 30, 1930, in Jersey City. He graduated from Princeton, then received a doctorate in physics from Columbia in 1957.

In 1964, he was named a professor of physics and applied science at Yale, and remained there for the rest of his career. Dr. Bennett became a professor emeritus of engineering, applied science and physics in 1998. From 1981 to 1987, he was master of Silliman College at Yale.

Among his publications, Dr. Bennett wrote a book, The Physics of Gas Lasers (1977). He also wrote a textbook, Introduction to Computer Applications for Non-Science Students (1976), that was an early resource in its field.

Dr. Bennett is survived by his wife, the former Frances Commins. The couple were longtime residents of New Haven, and moved to Haverford in 2000. He is also survived by a son, Bill, of Berkeley, Calif.; two daughters, Nancy of Los Angeles and Jean of Bryn Mawr, Pa.; a sister, Carol Anne Valles of Bedford, N.Y.; and five grandchildren.

In the 1970s, Dr. Bennett introduced a popular undergraduate course for humanities and social-science students at Yale, intended to show the problem-solving promise of nascent computers.

A colleague, Werner P. Wolf, a professor emeritus of engineering and applied science at Yale, said the course proved to be both prescient and persuasive, and "made the whole concept of computers exciting."

Part of the course, Dr. Wolf said, was dedicated to practical challenges; Dr. Bennett told his students to calculate the ballistics of catapulting frozen loaves of bread across the New Haven campus.

Yale was a little late, but...

"The human body is like a machine," Bennett's son William remembered his pragmatic father saying many years ago. "Parts wear out."

Bennett and his wife of nearly 56 years, Frances, were members of the Yale community for 38 of them. He became a tenured professor in 1962, and was Silliman’s master from 1981 to 1987. He taught popular courses on the physics of music and the computer as a research tool, for which he was named one of Yale's top ten professors for many years in a row. He and his wife retired to Pennsylvania in 2000 to be closer to his eldest daughter Jean and her family.

Bennett, the C. Baldwin Sawyer Professor Emeritus of Engineering and Applied Science and Physics, may be best known for his pioneering role in the invention of the first gas laser in 1960 at Bell Laboratories. Although this first laser used helium and neon, Bennett’s research on spectroscopy and collisions of the second kind continued with other noble gases such as argon, krypton and xenon.

Bennett has left a far-reaching legacy, one visible in everything from CD players to grocery store scanners to nearly every fight sequence in Star Wars.

His argon laser provided the first and, to this day, most effective prevention of blindness in diabetes and is still the most widely used laser in all eye surgeries. Bennett himself benefited from his invention when an argon laser was used to repair his detached retina.

On Saturday, friends, family, colleagues and acquaintances braved the rain to fill the Silliman Common Room in a memorial service dedicated to the prolific physicist. They did not gather to laud his scientific achievements, as impressive as they were. Instead the crowd came to listen to heartwarming, often humorous stories about a beloved husband and father, an amiable and charismatic man.

Bennett's son, also William, said jokingly to a standing room-only crowd before the start of the service, "We had no idea Dad had so many friends."

"He had a lot more than this," someone in the crowd replied.

"Well it's a good thing we had bad weather," William quipped.

Most of those who spoke at the gathering touched upon Bennett’s passion for music. Eugene Commins, Frances Bennett’s brother, read a letter sent from Bennett’s younger sister Carol Ann Bennett Valles, who was unable to attend the ceremony. In it, she wrote that she still remembers the sound of applause after a clarinet solo he performed as an undergraduate at Princeton.

"He could have been a professional musician," she wrote. "But maybe it's better for physics that he was not."

Music was always a great passion of Bennett's.

The family recounted numerous stories of the role it played in their lives, from chamber music sessions in the living room, to a harsh dinnertime critique of a confiscated copy of "Sergeant Pepper's Lonely Hearts Club Band," to his first "organ transplant," when he installed a full pipe organ in the summer home he built in Colrain, Massachusetts.

At the time of his death, Bennett had completed around one thousand pages — 75 percent — of a new manuscript entitled "The Science of Musical Sound." Commins, who together with Bennett was a graduate student in the physics department at Columbia in the early 1950s, said upon reviewing the hundreds of equations in the text, he could not find a single error.

"He was an icon of everything the world could possibly want," he said.

At the end of the memorial service, William played a crackly recording of that Princeton solo, Mozart's Concerto for Clarinet and Orchestra in A Major.

Those in the crowded common room Saturday hung on every note, remembering a teacher and friend.