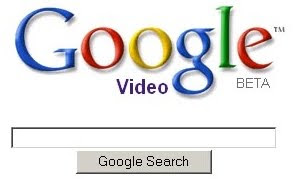 This sucks. Throughout this blog I have linked to Google Video material. I do not have the time to make corrections and apologize for the stupidity of Google's decision. There will be gaps in the blog's content. This is why I am very reluctant to offer links.

"Google is Shutting Down Google Video"

PCMAG.COM
If you have any videos uploaded to Google Video, you might want to make sure you've saved them. Google told users this weekend that it is shutting down the service.

It's not much of a surprise that Google has opted to wind things down with Google Video, considering Google owns YouTube, which according to comScore's January figures, is the number one online video content property with 144.1 million unique viewers per month. Google launched Google Video in 2005, and purchased YouTube the following year. Additionally, Google stopped accepting uploads to Google video a few years ago.

So what will happen to videos hosted on the site? Google is asking that users move their content over to YouTube.

"Later this month, hosted video content on Google Video will no longer be available for playback," read an email sent to Google Video users. "Google Video stopped taking uploads in May 2009 and now we're removing the remaining hosted content. We've always maintained that the strength of Google Video is its ability to let people search videos from across the Web, regardless of where those videos are hosted. And this move will enable us to focus on developing these technologies further to the benefit of searchers worldwide."

Google said videos uploaded to the site will be unavailable for playback as of April 29. The company added a download button on the video status page, so that content you want to save can be stored easily. This feature will be removed after May 13.

"We encourage you to move your content to YouTube if you haven't done so already," Google continued. "YouTube offers many video hosting options including the ability to share your videos privately or in an unlisted manner."

Google might be placing new emphasis on YouTube. According to a recent report, the company is planning to invest as much as $100 million to produce original content for the site.

"The Demise of Google Video, and How to Rescue Your Movies"

webmonkey
Google informed its lingering Google Video users over the weekend that videos hosted on the service will not be available for playback after April 29. The e-mail warned users to download their old content before May 13. After that, Google Video will be a search-only service.

While disappearing internet services are always cause for concern, the demise of Google Video shouldn’t come as a huge shock. Google, after all, owns the far-more-popular YouTube, and Google Video stopped accepting new video uploads nearly two years ago.

Still, given that Google Video was a popular place for instructional videos, scientific lectures and university presentations, its passing won’t go unnoticed.

It’s unclear how many videos remain on Google Video. Wikipedia claims 2.5 million, while the Google Operating System blog says there are 2.8 million. (Google was not available for comment before this post was published.) Even assuming most of those videos are moved elsewhere, the number of videos lost, links broken, and embedded content rendered inoperative will be significant.

Unfortunately, Google is not offering much in the way of migration options. Users can download movies and then upload them to YouTube, Picasa or another video hosting service, but there is no automatic transfer to YouTube — presumably due to potential copyright issues.

Another problem is that YouTube videos are limited to 15 minutes, while Google Video allowed much longer videos. That means, for those looking to move longer videos, YouTube isn’t an option.

To save your own videos from Google Video, head over to the Video Status page. Once you’re signed in you’ll see an option to download your videos. Click the download button, and the button will change to let you know you’ve already downloaded that file.

Be aware that Google Video encoded your original video into an FLV file, which is what you’ll get when you click the download button. Sadly, Google Video never offered high-quality video encoding. So, if you still have the original, uncompressed version of your movies somewhere else, you’re better off uploading the source material anew, rather than using the Google Video version. And of course you’ll have to re-create metadata you may have added to Google video — descriptions, tags, resource links and so on — regardless of where you upload the video.

The Archive Team, which helped preserve much of Geocities and other once-popular but now-departed web services, has a project up and running to archive as much of Google Video as possible. If you’d like to help out, head over to the new Archive Team wiki page for Google Video to learn more.