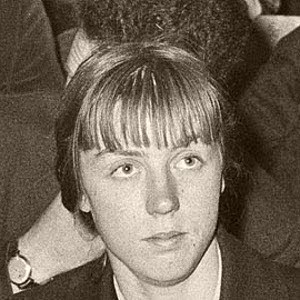 "Evelyn Einstein Dies at 70; Shaped by a Link to Fame"

The New York Times
Evelyn Einstein, whose tumultuous life as the granddaughter of Albert Einstein was both defined and limited by her distinguished lineage, died on Wednesday at her home in Albany, Calif. She was 70.

Her friend Allen P. Wilkinson, who said he had begun to work with her on her memoirs in recent weeks, confirmed the death. He said she had been treated for heart and lung disease and diabetes.

“She thought Albert was not just a great scientist,” Mr. Wilkinson said. “To her, he was Grampa.”

Ms. Einstein spoke four or five languages and earned degrees from the University of California, Berkeley, including a master’s in medieval literature. But she worked as a dogcatcher, a cult deprogrammer and a police officer. After a bitter divorce, she lived in poverty for three months, sleeping in cars and eating discarded food as a self-described “Dumpster diver.”

In the 1980s, she added to Einstein scholarship by coming up with an unpublished manuscript by her grandfather quoting what were obviously love letters. This led to the discovery in 1986 of 500 of Einstein’s letters in a safe deposit box in Berkeley. The letters cast new light on his life, particularly his torturous relations with his first wife, Mileva Maric.

One letter detailed Einstein’s instructions to his wife if she wanted to continue their marriage. “You will expect no affection from me,” it read. “You must leave my bedroom or study at once without protesting when I ask you to.”

The letters were auctioned off for $900,000 by an Einstein family trust in 1996, prompting Ms. Einstein to join a suit by a group of family members for a share of the proceeds. The family settled the matter privately.

Evelyn Einstein was born in Chicago in 1941 and soon adopted by Hans Albert Einstein, Einstein’s son, and his wife, Frieda. For years she said in interviews that she had been told as a child that she was actually the child of Albert Einstein and a ballet dancer, though she acknowledged that she had no proof. Ms. Einstein saw her grandfather infrequently as a child, because he lived in Princeton, N.J., and her family was in California.

In 1960, when she was a college student, she was one of dozens of people arrested in San Francisco while protesting hearings there of the House Un-American Activities Committee.

In an interview for the 2000 book “Driving Mr. Albert: A Trip Across American with Einstein’s Brain” by Michael Paterniti, Ms. Einstein said: “It’s not so easy being an Einstein. When I was in school at Berkeley in the ’60s, I could never tell if men wanted to be with me because of me, or my name. To say, you know, ‘I had an Einstein.’ ”

During the 1960s and ’70s, Ms. Einstein was married for 13 years to Grover Krantz, an anthropology professor at Washington State University who became known for trying to prove the existence of Bigfoot. When their marriage broke up, she moved in with her father, but he soon died. A period of homelessness followed, ending when she got a job as a store clerk and moved in with three women in Berkeley.

In his book, Mr. Paterniti tells the true story of his traveling around the country with Einstein’s brain in a Tupperware container in the company of the pathologist who had stolen it with the intention of studying it. At one point they stopped at Ms. Einstein’s apartment.

The pathologist, Thomas Harvey, offered her a piece of her grandfather’s brain. “That would be wonderful,” she said. But Dr. Harvey left without giving it to her.

Despite her sicknesses, she was about to begin one last fight. She was offended that Hebrew University in Jerusalem, to which Einstein bequeathed his literary rights, was making millions of dollars from licensing fees for Einstein-inspired products. The university has said that all proceeds of the sales go to research and scholarships.

Still, she told interviewers, she wished a small portion of the money could have gone toward helping her move into an assisted living facility.

“I never made any issue of the fact that they were willed the literary estate,” she told The New York Post in February, referring to the university. “But what does a bobblehead doll have to do with a literary estate?”

New York Post
Relativity is lost on the university that owns the lucrative rights to Albert Einstein's name but doesn't give a dime to his family.

"Everyone assumes I'm filthy rich, and they think I have a mental problem because I'm not using my money," the late scientist's granddaughter, Evelyn Einstein, told The Post.

When the iconic genius died in 1955 at age 76, he bequeathed the literary rights in his estate to Hebrew University of Jerusalem. The school later trademarked Einstein's name, and last year alone made $10 million from licensing fees.

"I never made any issue of the fact that they were willed the literary estate," Evelyn said. "But what does a bobblehead have to do with a literary estate? I was really offended by some of the stuff that was being OK'd."

Evelyn, 69, and in poor health, said she never knew how much her grandfather's name was worth until 2008, when Forbes magazine released its list of highest-earning deceased celebrities. That year, Albert Einstein's name and likeness raked in $18 million.

Evelyn said when she approached officials at Hebrew University about sharing the profits, she was "rudely blown off."

The university did not respond to requests for comment.

"I don't want to be rich," she said. "I don't want huge amounts of money. I'd like to move into an assisted-living facility that isn't dangerous."
Posted by Mercury at 1:43 PM