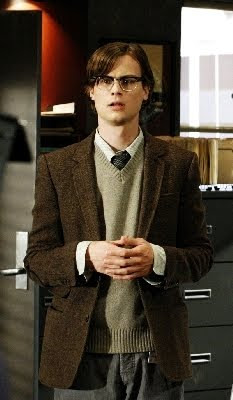 I suppose there is no harm in this form of identification and it may well be symptomatic of a growing condition of individual isolation.

"Solitude contributes to a person's imagined intimacy with a TV character"

physicsorg.com
A new study from the University of Michigan says lonely people may use television characters to cope with solitude and to feel a sense of belonging.

"Media programs are, after all, inherently social and may offer individuals a soothing if temporary replacement for genuine social interaction," said Dara Greenwood, assistant professor of communications studies who co-authored the study with Christopher Long, an assistant professor of psychology at Ouachita Baptist University.

More than 300 participants completed a questionnaire that looked at how the need to belong and different experiences of solitude (such as inspiring self-discovery, diversionary activities, or loneliness) contributed to increased emotional connection to TV characters and programs.

Solitude was defined for participants as time spent alone—or, if in the presence of others, without any social interaction. Participants rated the frequency with which they experienced different types of solitude as well as the importance they placed on these experiences.

Results showed that increased affiliation needs (e.g., "I try hard not to do things that will make other people avoid or reject me") and lonely solitude experiences predicted increased emotional involvement with media characters. Engaging more intensely with media may be one way that individuals with unmet intimacy goals cope with loneliness, the research indicated.

"This underscores the emotional versatility of entertainment media and suggests that the alternative realities of movies or television programs may provide opportunities for imaginative and emotional processing that facilitate personal growth," she said.

This study found that, not surprisingly, the most popular characters were drawn from successful TV programs like "Grey's Anatomy" and "The Office." Most participants (218 people) selected fictional characters; the next most frequently chosen characters were real people, such as Oprah, reality show participants, and Jon Stewart (53 people); followed by cartoon characters (20 people).

"However, there may be a downside to this kind of attachment if the viewer in question idealizes the character and consequently holds her or himself up to unrealistic standards of physical attractiveness, romantic, or professional success," said Greenwood, whose research focuses on emotional well-being and media involvement and on young women's media affinities and self/body image.

Future research will continue investigating the conditions under which media involvement may be more or less beneficial to emotional well-being over the short and long term.
Posted by Mercury at 7:09 AM

since i do not have television i would be a poor source to evaluate such but i did notice some strange goings on with a couple of friends. one who watches some crime scene investigation shows wanted a blow up doll with a Gothic theme. one would think that non-socializing would be encouraged what with this business of H1N1, it only makes sense. so i feel it totally normal having no social/dating life and feel fully completed in life know i am doing all i can to keep down disease as well as casualties in man made disasters by spending at least 14 hours a day in front of my computer.