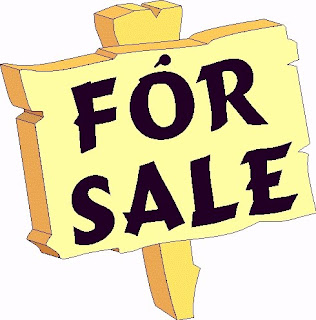 I guess money is tight in the fossil collection venue.

"For sale: a Tyrannosaurus rex skeleton"

The fossil, one of the most complete ever found, goes on the auction block at the Venetian casino as its curator frets: What if it doesn't sell? Worse, what if a tipsy gambler buys it?

latimes.com
The auctioneer gazed out at the audience, knowing this was the moment they'd waited for. Next up, he said, was lot No. 23 -- a "wonderful, exceptional, 66-million-year-old Tyrannosaurus rex skeleton known as Samson."

He gestured to the ferocious-looking skull sitting on a stand to his left. "There she is," he said. The people who had gathered in the elegant gallery at the Venetian hotel gasped.

Samson is one of the three most complete T. rex specimens ever discovered, possessing the most intact skull in existence.

But auctions are unpredictable, and dinosaurs are expensive. So an ugly prospect hung in the air Saturday: Might Samson not sell?

On Friday, Thomas Lindgren, the curator in charge, and auctioneer Patrick Meade had talked about just that between meetings with prospective buyers. People from across the world had expressed interest in Samson, but nobody was committed to bidding.

"If I'd have had this T. rex two years ago, we would have set world records," Lindgren said wistfully. But, he said, the recession had caused everyone -- museums, schools and even eccentric collectors with deep pockets -- to scale back.

To Lindgren, a dinosaur devotee who has spent 30 years of his life excavating, collecting and auctioning fossils, this was not just another sale. His professional reputation, he said, was on the line.

"This is the pinnacle of my career," he said. "I want it to be a home run. I want to be the guy that slid into home plate at the end of a grand slam at the end of the world series of paleontology."

"I don't want to be the guy that struck out and lost the game."

Samson was discovered in Harding, S.D., in the late 1980s, when a rancher's son noticed some bones sticking up from the earth. A few years later, a pair of commercial fossil collectors cut a deal with the rancher, excavated the bones and sold them to an anonymous buyer. For more than a decade, Samson's bones remained in storage.

Then earlier this year, the owner contacted Los Angeles-based Bonhams & Butterfields about selling them.

When the auction house sent Lindgren, its co-director of natural history, to inspect the dinosaur, he got chills.

His affection for the dinosaur has grown over the last several months, Lindgren said. He spent nearly every day with Samson, preparing her for auction and then presiding over an exhibition at the Venetian, where she and other fossils to be auctioned off were on display.

During that time, Lindgren taught visitors about Samson's physiology and speculated about her life -- which he said was likely a violent one. Her skull has scars that were probably caused by another T. rex, he said, and the broken bones in her tail are evidence that she mated.

At the Venetian, Lindgren and Samson were a hit.

"People would ask me to autograph their exhibition guides," he said. "And little kids would come up and say, 'Thank you for bringing Samson to Las Vegas.' "

As their time together was coming to an end, Lindgren said, he had mixed feelings. While he would miss her, he hoped Samson would sell -- but to the right buyer.

"I'm just hoping we don't have someone holding a beer who just came off the slot machine thinking: 'Oh, I just hit the jackpot. Maybe I'll buy a dinosaur!' " Lindgren said. "Those are the nightmares I have."

He wanted Samson to end up at a public institution, like a museum, so that he and others could continue to enjoy her.

"I'm hoping it's not going to be a goodbye," Lindgren said.

On Saturday, he stood near the auction podium -- amped with adrenaline.

The room was packed with Las Vegas luminaries, like the casino's owner, Sheldon Adelson, as well as some of the biggest names in paleontology. Among them was Peter Larson, who helped excavate Sue, the T. rex fossil now in the collection of Chicago's Field Museum.

The anticipation grew as Meade led the bidding on, among other pieces, a 28-foot-long duck-billed dinosaur skeleton and a 7-foot fossil shark from the Permian period.

He opened the bidding at $2.5 million. Someone immediately raised a paddle. Then an international collector's proxy jumped in.

When the bidding reached $3.6 million, Meade asked: "Anybody advance?" The audience was tense and silent. "Last chance," he said.

Then the gavel came down.

The auction house passed on the $3.6-million offer, which failed to meet the set reserve price. (Bonhams & Butterfields would not disclose the minimum asking price.)

Lindgren too was disappointed. But that feeling eased when, a few minutes after the auction ended, he reported getting a call from "a major museum" asking about Samson's fate. When Lindgren explained that Samson hadn't sold, the museum said it might make a bid.


Samson is up for auction--3rd complete T-Rex
Posted by Mercury at 4:57 AM

jeezers...i would have jumped at a million but i do not know what is the investment is. gawd if i had 3.6 we would be sitting in Tahiti with native women the size of Volkswagen dispensing beer....Princess, Oxford and Einstein would have fresh tuna every day

Well Tim, this relationship between art/artifacts and value as expressed in terns of money is a curious one. Just watch the Antiques Road Show. Supply, demand, quality, artists' reputation, and even the original box--all are factors in the determination of what an items is worth. Something in vogue one decade loses favor in the next. 3.8 million for a T-Rex is not a bad price but the reserve was not met [based on some auction house criteria]. Consider Andy Warhol's 32 silk screen canvases of the Campbell Soup Cans. Irving Blum wanted to keep the thirty-two canvases as an intact set and bought them for ten monthly $100 installments. Blum later sold the entire set to the Metropolitan Museum for 15 million. At 3.8 million for a complete T-Rex now appears to be a bargain.