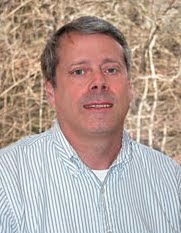 The New York Times
Rodger Doxsey, an astronomer who played a crucial below-the-decks role in keeping the Hubble Space Telescope flying and doing science in good times and bad for almost 20 years, died Tuesday in Towson, Md. He was 62 and lived in Towson.

His death, in a hospice after a long battle with cancer, was announced by the Space Telescope Science Institute in Baltimore.

As head of mission operations at the institute, Dr. Doxsey was the go-to guy for making the Hubble telescope work and squeezing the last bits of data out of it. Starting work a decade before the launching, he helped it deliver data in its first troubled days and led the search for ways to extend its useful life when NASA stopped sending manned missions to repair it.

“He understood this observatory from top to bottom, and knew it like few others out there,” said Kenneth Sembach, the Hubble Project Scientist at the institute.

Matt Mountain, director of the Space Telescope Science Institute, called Dr. Doxsey “the heart and soul of Hubble,” adding, “He could zoom in and out and see the whole telescope system or zoom in and see the spring that wasn’t working.”

In 1991, NASA awarded Dr. Doxsey the Distinguished Public Service Medal, the highest honor it gives to a nongovernment employee.

Rodger Doxsey was born in Schenectady, N.Y., on March 11, 1947, and reared in Cleveland Heights, Ohio, the eldest of five siblings. His father was an executive in a steel industry trade association, and his mother was a homemaker.

He is survived by his companion, Vicki Balzano of Towson, Md.; his father, John, of Cleveland; and his siblings, Martha Doxsey of Edmonton, Alberta; Douglas Doxsey of Ironwood, Mich.; Virginia Doxsey of Boston; and Mary Lou Shane of Duxbury, Vt.

At the Massachusetts Institute of Technology, Dr. Doxsey studied physics and rowed on the lightweight crew, a lifelong passion. He returned each year to race with old crewmates in the Head of the Charles Regatta.

After earning a Ph.D. in 1974, Dr. Doxsey stayed on at the Center for Space Research at M.I.T., where he worked on satellites to study X-ray emissions from the sky.

When Riccardo Giacconi, who had founded the field of X-ray astronomy and later won a Nobel Prize, was appointed director of the newly founded Space Telescope Science Institute in 1981, Dr. Doxsey asked him for a job and became one of the first hired for the institute. At the time, the telescope was scheduled to be launched in 1986 but NASA had no good plan for enabling astronomers to use the telescope. That became Dr. Doxsey’s job.

“Rodger became one of the few people in the world who understood Hubble as a whole, in all its complicated sophistication,” Dr. Giacconi wrote in his book “Secrets of the Hoary Deep.”

Along the way to Hubble’s launching, Dr. Giacconi and his small band of recruits proceeded to reinvent the way astronomy was done. Before, Dr. Mountain explained, an instrument and its data were the exclusive province of a few people who had built it and understood how it worked.

“What Riccardo and Rodger did was turn the whole thing on its head,” Dr. Mountain said. “Any astronomer should be able to use the instrument and get great science. Rodger really understood how to do that.”

Among other things, Dr. Doxsey became a master of the complex computer program that actually runs the telescope on a minute-to-minute basis, said Tod Lauer of the National Optical Astronomy Observatory in Tucson. In the early days, “when the spacecraft was crabby and cranky,” he was adept at getting it to work, Dr. Lauer said. “In simpler terms,” he continued, “he figured out how to get the trains to run on time, during a period when it wasn’t quite clear if the train was even on the track.”

Dr. Doxsey’s mastery of the telescope was put into service in 2004, when the NASA administrator Sean O’Keefe decreed an end to astronaut-servicing missions to the telescope and Hubble’s engineers and astronomers were scrambling for ways to prolong its life. Among other problems, the gyroscopes that help it find and keep fixed on points in space had a habit of failing. “It looked pretty grim,” Dr. Sembach recalled.

Working closely with engineers at the Goddard Space Flight Center in Green Belt, Md., Dr. Doxsey and his team worked out a way to save the fragile gyroscopes, by operating only two of them at a time (normally three are required, one for each dimension of space) and by filling in the missing information from other spacecraft systems.

Dr. Doxsey’s team and the Goddard team even devised a way for it to run on only one gyro, should it come to that. For five years, the telescope performed as well on two gyros as it had on three, until astronauts finally arrived last May to give Hubble a new lease on life.

Dr. Lauer said, “In a sense, he was sort of the ‘Scotty’ to all the astronomers who used the telescope,” referring to the engineer on the television and movie series “Star Trek” who always managed to keep the spaceship Enterprise going.
Posted by Mercury at 5:39 AM