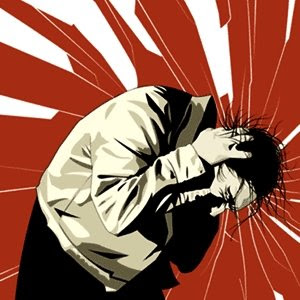 "Who knows what evil lurks in the hearts of men?
The Shadow knows."
As I wrote several years ago, the concept of space travel for man is extremely complex and fraught with unknown issues. Any one issue could abort the entire sojourn and such is the idea of the influence of the Earth's magnetic fields on the physiology of humans. Maybe best just to use probes and the like at this time.

Researchers from the Biology and Biophysics Research Institute at Tomsk State University and the Russian Academy of Sciences' Institute for Biomedical Problems have conducted a number of experiments to study rats' behavior when isolated from the Earth's magnetic field.

The experiments showed that the rats lost social skills, had problems with memory, and experienced changes in their internal organs.

"Moreover, the field, in the history of biosphere existence, changed and at some moments became zero," Trukhanov said. "There is a suggestion that certain catastrophes in biota, say, dinosaur extinction, are connected with the disappearance of the magnetic field at certain moments."

The scientists constructed a special unit where the terrestrial magnetic field was reduced to a little as one-thousandth of its usual strength. Twelve rats were put into the "magnet-free chamber" for 25 days, and then for another 10 days, while another 12 rats remained in normal conditions.

Both groups were monitored 24 hours a day. Krivova said the first thing researchers observed was increased aggression among rats living under the reduced magnetic field.

She said fights are a way for rats to establish a hierarchy, and they stop once the social order is set. The scientist said the rats deprived of the usual magnetic field "forgot" how to establish the hierarchy and lost social skills.

The rats were also observed to have memory failures. The group experiencing a small magnetic field forgot their surroundings and began inspecting the already known environment once again.

The Earth's magnetic field intensity is 50 microtesla, which is thousands of times stronger than the magnetic fields of Mars or Mercury. It is this powerful field that protects the Earth's surface and all living creatures from the solar wind, a flow of charged particles from the Sun.

Trukhanov said existing manned spacecraft operate at relatively low altitudes, where the magnetic field is about 20% less than on the Earth's surface; but astronauts on interplanetary expeditions would have to live with the absence of magnetic field.

Trukhanov suggested artificial magnetic fields could be generated on spacecraft to prevent mental disorders.
Posted by Mercury at 9:01 AM