Limit on understanding the universe 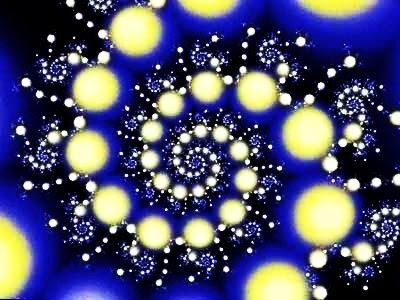 "Either our ability to know reality has reached a dead end, or this is just another theoretical challenge to overcome, and we're approaching it the wrong way."
"The Riddle of the Unique"

Why is it so hard to build a complete theory of our universe?

Ohmynews
The scientific method we have been employing to obtain and verify knowledge comes from a hybrid source: it follows the regularities of nature by closely watching its behavior with as little interference as possible, adjusting to its ways and accepting its indifference toward us, but it also follows the logical pathways of the human mind, obeying our criteria for relevance and significance, asking only the questions we are interested in solving. It is neither fully objective nor fully contingent; it's a compromise in-between.

Thus any model of reality will always be an approximation. In most cases this is enough: we can plan the trajectory of a space probe across millions of kilometers, or assemble DNA molecules to perform specific tasks, and succeed in both. Only when studying highly complex systems, such as the weather or global economy, do we need to devise theories of much greater precision.

The current debate over the proper interpretation of quantum events and the way to integrate them with the rest of our physics is one that goes beyond the problem of precision, for below a certain subatomic threshold precision is out of the question, fixed values are replaced by probability functions, and direct observation becomes interference. Either our ability to know reality has reached a dead end, or this is just another theoretical challenge to overcome, and we're approaching it the wrong way.

However, a serious limitation persists. This is the only universe we can observe. Unlike all our other models, which deal in generalities, a theory of the universe must be able to explain the unique. We cannot take a sample of universes and test their average responses; we are confined within this only specimen. Deprived of a larger background, we must proceed from what we can observe from this side of the glass and figure out how the same laws that apply for everyday phenomena could produce a singular event.

This is not only an empirical consideration; it has a cognitive side as well. We are inherently unable to imagine how a mind without our impulses and biases would operate; we would need to delete all our evolutionary conditioning and position ourselves outside of the universe for us to be able to a make complete and detached examination of it. Our present condition can be compared to having only a portion of the contour of a jigsaw piece in a puzzle of unknown extension.

A recent article in Scientific American argues that a theory of the universe appears more acceptable if it treats it as one in a multitude of possible universes. In other words, it becomes easier to handle if it stops treating ours as something unique.

The human mind needs to deal in generalities; it is ill-equipped to understand the singular, and, as this case shows, it will build an abstraction of general properties if necessary in order to better grasp it. For practical purposes, those other universes may be fictional, as there is no possible interaction with them. We and their inhabitants will never meet and compare notes. But by postulating their existence, if only for theoretical convenience, a model as we're used to working with becomes possible. Like imaginary numbers, they help the puzzle look more complete.

This solution is sentenced to be provisional, for the same reasons why we'll have to wait until we find lifeforms in other systems to know whether Darwinian evolution is universal. Another intelligent species, with its own biological and cultural history, may be able to see these same problems from a different angle. They will not be subject to our cognitive defects, but will doubtlessly have some of their own. Helping each other we might postulate theories that are somewhat better suited for describing phenomena that are common to us all, but they will always be incomplete, always an approximation.

A famous short story by Borges makes the case that the map is no match for the territory. Similarly, any model of reality is by definition simpler than the system it simulates, and that's why no mind in this universe will ever conceive a complete theory of it. This fact won't stop scientists from pursuing their passion, though. It is in our nature to keep trying.
Posted by Mercury at 5:14 PM

Wow. It's an honor to be quoted here. I didn't expect my article to draw this kind of interest. Thank you very much.