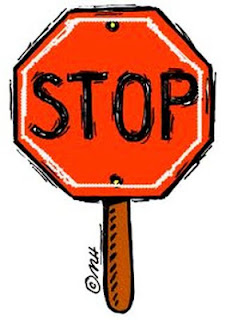 
"Police officer blinded by science, argues physicist"
To get out of a $400 stop sign violation, a physicist at the University of California, San Diego, uses math in his defense.


The next time you find yourself in traffic court, add the "Krioukov defense" to the list of strategies you can use to weasel your way out of a stop sign violation.

Dmitri Krioukov invoked the laws of physics to beat the $400 traffic ticket he was issued when a police officer observed him allegedly running a stop sign, according to an article in Physics Central. The University of California, San Diego, physicist drafted a four-page paper detailing his defense, arguing that the police officer mistakenly thought he ran the stop sign owing to a unique combinations of events.

Krioukov explained that the officer, who was parked 100 feet away from the stop sign, was approximating his angular velocity rather than his linear velocity, which could give the observer a different perception of the driver's actual speed. Using graphs and mathematical formulas with lots of squiggly lines and symbols, Krioukov argued that to an observer, a vehicle traveling at a constant speed could look very similar to a vehicle decelerated quickly (supposedly to a complete stop), and then accelerated quickly again if at the exact moment the vehicle came to a stop the observer's view was obscured.

And of course, that scenario is exactly what happened, wrote Krioukov.

As Krioukov was driving his compact Toyota Yaris down the road he sneezed as he approached the stop sign, resulting in a very hard brake. The stopping distance of the Toyota Yaris isn't published by the auto manufacturer, but Krioukov estimated that he decelerated at 22.36 mph. At that same time, a larger vehicle, about the size of a Subaru Outback, passed his car and obstructed the officer's view of his full and complete stop.

The Outback-size vehicle didn't have a stop sign, but Krioukov argued that the car's larger length hid his Yaris for crucial seconds. As he accelerated quickly, as Yarises are known to do, the officer mistakenly thought he never stopped at all.

To understand or poke holes in Krioukov's defense, you'd probably need a degree in math or physics, which probably neither the judge nor the police officer have in their legal arsenal. In fact, Krioukov has published his paper on a public Cornell University server and has opened his work to the public to find a flaw in the case. But that may be too late for the State of California.

Without a way to call BS on this argument, the judge let the ticket go. Regardless of whether Krioukov's argument was solid, the magistrate and the state probably found it easier to dismiss the case than to admit they had no idea what the physicist was talking about.

"The Proof of Innocence" by Dmitri Krioukov
Posted by Mercury at 3:55 PM