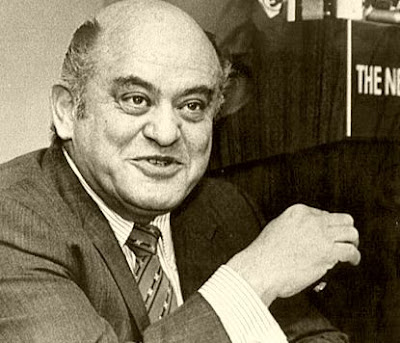 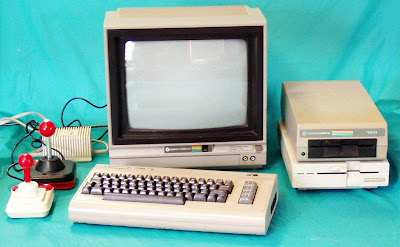 Complete Commodore 64
"Jack Tramiel's epic journey from Auschwitz to Silicon Valley"byDouglas MartinApril 12th, 2012The New York Times
Jack Tramiel, a hard-charging, cigar-chomping tycoon whose inexpensive, immensely popular Commodore computers helped ignite the personal computer industry the way Henry Ford's Model T kick-started the mass production of automobiles, died Sunday in Palo Alto, Calif. He was 83. The cause was heart failure, his son Sam said.Commodore rose to prominence in the 1970s and '80s, producing the first computer to sell a million units. Another model, the Commodore 64, sold more than 20 million units - four times the sales of the Apple II, which is often said to have established the personal computer market.Sales of the 64 exceeded $1 billion. Tramiel's business model was ruthlessly efficient: He introduced a new product at the lowest price possible, and as the competition matched his price he went even lower. He did this by slashing costs, hiring top talent, selling in mass-market stores like Kmart, and owning the suppliers of chips and other components. He changed directions in an instant, going so far as to introduce a new product even if it hurt sales of an existing one. He liked to say that business is war.Tramiel's boldness was suggested by a full-page newspaper ad he ran in 1983 when Commodore was flying highest: "Commodore Ate the Apple." In fact, Tramiel had so little use for Apple's emphasis on design elegance and technical sophistication that Time magazine called him the "anti-Steve Jobs." Tramiel wanted affordable, easy-touse computers in every home; he spoke of serving "masses, not classes."He was born Jacek Trzmiel in Lodz, Poland, on December 13, 1928. After the German invasion in 1939, his family was confined to Lodz's Jewish ghetto, where they lived in a single room while his father scratched out a living repairing shoes.In August 1944, the Nazis deported the family to the Auschwitz death camp, where Josef Mengele, the SS officer notorious for conducting heinous experiments on inmates, selected Jacek and his father for work detail at a nearby camp. His mother remained behind in Auschwitz and survived; his father did not.After being liberated by the US troops, Tramiel scrounged around Europe for two years, picking up odd jobs. He had himself admitted to a psychiatric sanitarium just so he could eat.In 1947 he married Helen Goldgrub, whom he had met in a concentration camp, then left for the US, where his wife joined him in 1948 and his mother in 1949. Joining the Army, he learned to repair typewriters. After his discharge, he drove a cab, used a GI loan of $25,000 to buy a typewriter store in the Bronx, and changed the spelling of his surname.In the 1950s he moved his business to Toronto, where he had family and where the laws made it easier to import typewriters from Europe. By then, his business had grown into an officemachine company. He chose the name Commodore, after glancing at an Opel Commodore while riding in a cab.In the 1960s, Tramiel became the subject of a widely publicized insider-trading investigation involving loans to his company. Although he was not indicted, the publicity made it difficult for him to continue to do business in Canada, so he moved the company to the emerging Silicon Valley area of California in the late 1960s.A trip to Japan introduced him to digital calculators, and he began to manufacture them. The competition to cut prices in the calculator business was unrelenting, so he scrambled for ways to cut costs. He decided to buy his own chip supplier, and settled on MOS Technology in Norristown, Pa. An unexpected jewel in the purchase was an engineer at MOS, Charles Peddle, who had developed a faster, cheaper computer chip, the 6502 microprocessor. Peddle persuaded Tramiel to let him use the chip to build the prototype of a PC.With support from a Canadian investor, Irving Gould, Commodore introduced its Personal Electronic Transactor, or PET, in 1977. It was soon in a price war with the new computers of Apple and the Tandy Corp. Commodore was helped by its dominance in the European market and by a marketing strategy of selling two PETs to schools for the price of one.In 1980, Commodore leapfrogged its competition by introducing the VIC 20, the first home computer selling for less than $300. Commodore manufactured 9,000 units a day, making it the first computer to sell more than a million units.(The Apple II, introduced in 1977, reached the million mark a few months later.) Tramiel introduced the Commodore 64 in 1982. It offered 64 kb of memory compared with the 46 offered by the Apple II, and sold for half as much. The 64 had colour graphics and was the first personal computer with an audio synthesizer chip.Commodore's financial success was dazzling: 100 shares of its stock bought in 1977 at under $2 a share were worth more than $70,000 by 1983. In January 1984, Tramiel resigned as president, chief executive and director.Months later Tramiel bought the home video-game division of the Atari Corp. After Atari lost ground to Nintendo and other competitors, he sold it and retired in the mid-1990s, then became involved in venture capital and real estate.In addition to his wife, Tramiel is survived by his sons, Leonard, Sam and Garry, and five grandchildren.Jack Tramiel [Wikipedia]Commodore 64 [Wikipedia]
Posted by Mercury at 7:09 PM