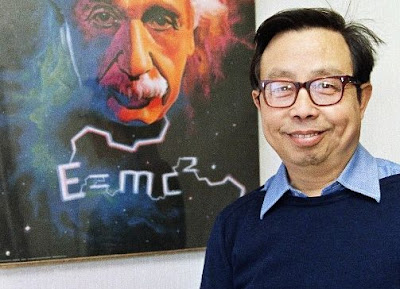 Fang LizhiFebruary 12th, 1936 to April 6th, 2012"Fang Lizhi, Chinese Physicist and Seminal Dissident, Dies at 76"b7yMichael WinesApril 7th, 2012The New York Times
Fang Lizhi, whose advocacy of economic and democratic freedoms shaped China’s brief era of student dissent that ended with the 1989 Tiananmen Square protests and his exile, died on Friday in Tucson, Ariz., his son, Fang Ke, said Saturday.Mr. Fang was 76. The cause of death was not known, his son said in a telephone interview.A brilliant scientist — and in his early years a loyal member of the Communist Party — Mr. Fang had become China’s best-known dissident by the 1980s, his views shaped by persecution in China and exposure to Western political concepts abroad.In early 1989, he published an open letter to China’s paramount leader, Deng Xiaoping, calling for the release of political prisoners. The letter helped galvanize a pro-democracy student movement that spring, peaking on June 4, when Chinese troops killed hundreds of student protesters among the masses occupying Tiananmen Square.Fearing arrest, Mr. Fang sought refuge with his family at the United States Embassy in Beijing. President George Bush’s decision to grant him protection there provoked a yearlong diplomatic standoff with the Chinese that ended, after secret negotiations, with a decision by Chinese leaders in June 1990 to allow the family to leave China, ostensibly for medical treatment.Mr. Fang later became a professor of physics at the University of Arizona in Tucson, where he taught and continued to speak out on human rights until his death.Word of his death initially spread on Twitter, where veterans of the 1989 democracy movement mourned his passing and proposed a rights award in his honor.“No words can express my grief,” wrote Wang Dan, who was imprisoned for four years for his leadership role in the Tiananmen protests. “Fang Lizhi has inspired the ’89 generation and has awakened the people’s yearning for human rights and democracy.”Mr. Fang’s willingness to test the boundaries of his eventual academic discipline, the physics of the universe, seemed foreshadowed even at an early age by his penchant for questioning authority.Born in 1936 to a Hangzhou postal clerk and his wife, Mr. Fang entered the prestigious Beijing University as a youth and excelled in physics. According to a 1988 article in The Atlantic Monthly, he quickly flouted official norms, taking over a founding meeting of the university’s Communist Youth League and urging students to think independently instead of accepting party dogma on proper academic behavior.He joined China’s Institute of Modern Physics after graduating in 1956, only to be expelled from the Communist Party a year later during Mao Zedong’s Anti-Rightist Campaign, a movement against intellectuals and others who were seen to have strayed from Communist principles. His offense was writing an essay criticizing political interference in scientific research.Mr. Fang was considered too valuable to allow party censure to affect his work, and he continued to rise in academia. But when the Cultural Revolution began in 1966, he was again persecuted, first imprisoned and then sent to rural Anhui Province to work with peasants. He carried with him but one book, on astrophysics, and his repeated readings of it led him to change his research focus from fundamental physics to cosmology.Still an outcast, he continued to flout convention. In 1972, Mr. Fang and colleagues at Anhui’s branch of the University of Science and Technology of China published a paper titled “A Solution of the Cosmological Equations in Scalar-Tensor Theory, with Mass and Blackbody Radiation.”“This innocuous-sounding article met with a furious response from leading theoretical circles of the party,” The China Quarterly recounted in a 1990 article. “Fang et al. had broken a longstanding taboo by introducing the Big Bang theory to the Chinese physics world. Insofar as the Big Bang contradicted Engels’s declaration that the universe must be infinite in space and time, Fang’s paper was tantamount to heresy.”Like most of the persecuted, Mr. Fang was rehabilitated after Mao’s death in 1976, and in Deng’s more open China he traveled to conferences abroad, earning a worldwide scientific reputation. But his exposure to foreign political concepts sharpened his doubts about the Communist system, and he began to write and lecture on its shortcomings.During a brief flowering of political openness, he gained a large following in China and abroad for his outspoken criticism of the Communist system. But in January 1987, after he helped organize pro-reform student demonstrations in cities across China, he was again expelled from the party and stripped of his job as vice president of Anhui University of Science and Technology.Anger over the demonstrations among Communist Politburo members forced the resignation days later of Hu Yaobang, the reform-minded party general secretary, who had presided over the period of openness. Mr. Hu’s death in April 1989 set off the final round of student protests that ended with the occupation of Tiananmen Square and the subsequent assault on the demonstrators.Freedom did not change Mr. Fang’s disregard for authority. Not long after leaving the American Embassy for the West, he angered his host, James Lilley, the American ambassador to China, by publicly accusing the United States of holding China to a lower human rights standard than it applied to the Soviet Union and its treatment of dissidents. The charge prompted a brisk response from President Bush, who said Mr. Fang’s views were mistaken and outdated.But Mr. Fang consistently reserved his sharpest criticism for his homeland.“Human rights are fundamental privileges that people have from birth, such as the right to think and be educated, the right to marry, and so on. But we Chinese consider those rights dangerous,” he said 26 years ago in a speech to students at Tongji University in Shanghai.“If we are the democratic country we say we are, these rights should be stronger here than elsewhere. But at present they are nothing more than an abstract idea.”See the following for more and an interview...
Fang Lizhi...science and politics=volatile mix
Posted by Mercury at 5:54 AM