Off to be scrapped...Costa Concordia 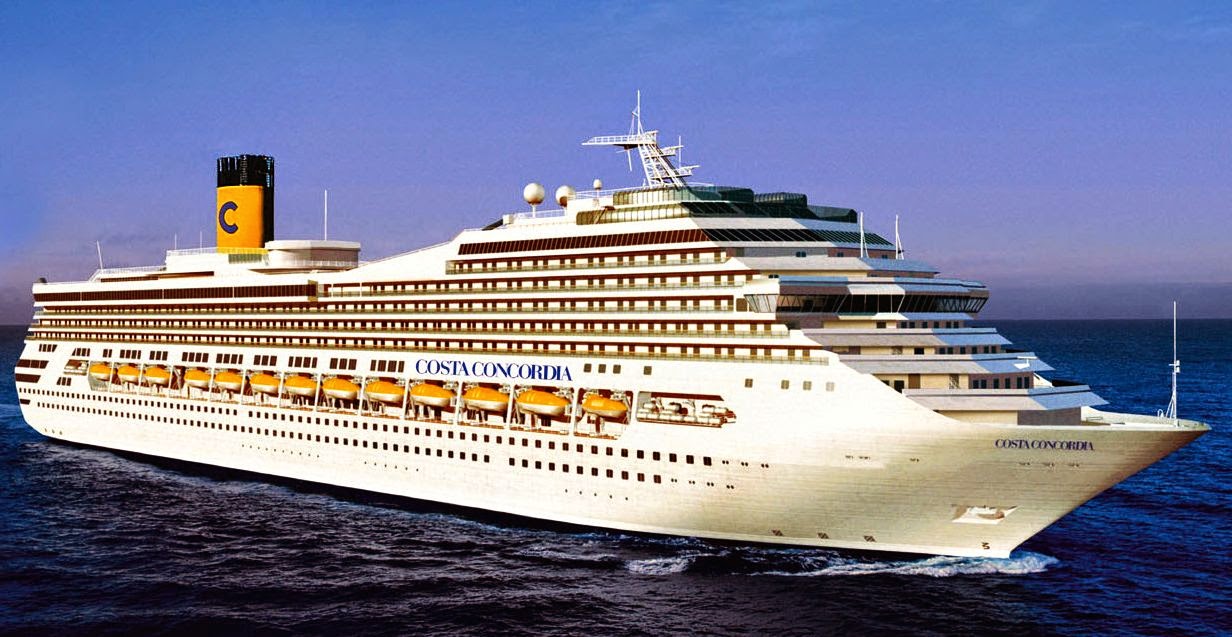 It’s a record attempt in heavy lifting that nobody wishes to ever be matched. On Monday, the operation to raise and refloat the capsized 114,500-ton cruise ship Costa Concordia was finally started. If all goes well, the vessel will be towed away to the Italian port city of Genoa, where it will be decommissioned. However, after more than two and a half years on the sea floor, experts fear the delicate maneuver will rupture the prone ship’s hull, spewing out its toxic load — including fuel and dangerous chemicals — into the pristine Tuscan archipelago.

The Costa Concordia veered off course and ran aground outside the island of Giglio in January 2012, killing 32 people and leaving the enormous liner partially submerged in the shallow waters. In tandem with a legal process against the ship’s captain, a salvage operation of unparalleled proportions was commenced. All but one of the victims’ bodies have been recovered, and in a massive September 2013 exercise, the ship was turned upright (parbuckled) and secured on an artificial platform.

Now begins the final phase. Giant tanks welded to the sides of the 290-m-long wreck will be emptied of water, slowly raising it out of the water. Every floor surfaced will be cleaned of debris and potentially harmful substances that could spill into the sea. They will also be surveyed for signs of Russel Rebello, the Indian waiter who remains missing.

“I strongly believe they will find the body of my dear brother,” writes Russel’s brother Kevin in a Facebook post.

Weather conditions have delayed the operation on several occasions, but even though the forecast still isn’t ideal, the salvage crew has pushed ahead, since the hulk would unlikely survive another winter. In fact, it could already have deteriorated too badly for the refloating procedure and subsequent 240-km tow to Genoa. The first 2 m of the raising are the most dangerous, and the hull will constantly be monitored for possible cracks and fissures.

Cutting up the ship in place is not an option. “It’s far more dangerous to the environment to leave it where it is than to tow it away,” Italy’s civil-protection chief Franco Gabrielli explained to Giglio residents. With luck, they could bid farewell to their unwanted, view-spoiling neighbor in just a couple of weeks. Refloating Costa Concordia and moving it into open waters is estimated to take between five and seven days, tugging it to safety another four to five.


Remarkable engineering feat
Posted by Mercury at 11:13 AM