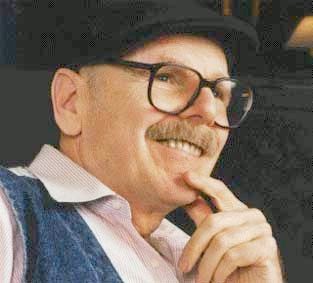 Frank M. Robinson, an author of thrillers and science fiction who also helped slain San Francisco supervisor Harvey Milk craft some of his most powerful speeches, has died. He was 87.

Robinson's June 30 death while under hospice care at his San Francisco home was confirmed by Daniel Nicoletta, a longtime friend who, like Robinson, was part of Milk's inner circle. Robinson had a history of heart problems, Nicoletta said.

As a fiction writer, Robinson told stories set in burning skyscrapers, sinister hospitals and Utopian spaceships drifting a thousand generations into the future. With Thomas Scortia, he wrote "The Glass Inferno," a 1974 novel about a catastrophic blaze. It, along with Richard Martin Stern's "The Tower," formed the basis of the 1974 blockbuster movie "The Towering Inferno."

A sci-fi fan since his teenage years, Robinson also made a living in nonfiction.

Without revealing his gay identity, he wrote Playboy magazine's Playboy Advisor column from 1969 to 1973.

"I didn't trust the outside world," he told the Portland Oregonian in 2008. "I was frightened. Frightened I'd lose my job and my friends."

At the same time, Robinson wrote and edited "Chicago Gay Pride," a 1971 publication that promoted the city's Pride Parade. He kept his byline out of it.

Moving to San Francisco in 1973, he did not intend to throw himself into politics. But strolling by Milk's camera shop in the Castro district, he befriended the man who was to become the first openly gay American elected to a prominent office.

Milk had won 15,000 votes in an earlier, unsuccessful bid for supervisor. Now he was running again and was looking for a speechwriter.

"I never for a moment thought he would win anything," Robinson later wrote. Still, he signed on.

Robinson worked on Milk's stirring "You've Got to Have Hope" speech — a call for gay pride that included Milk's recounting of an anguished call from a confused young boy in Altoona, Pa.

"Harvey polished the speech and used it often," Robinson wrote in his foreword to a collection of Milk's writings, "though the rest of us kidded him because some days the boy lived in Altoona, other times in San Antonio or Buffalo. The boy really got around, we thought."

Eventually, Robinson became such a trusted advisor that Milk, preoccupied with the possibility of his own assassination, left a "political will" designating him as his preferred successor.

"If there were any problems, he would be able to carry on the philosophy and idea of what I stood for," Milk said in a 1977 tape recording he left with his attorney.

Born in Chicago on Aug. 9, 1926, Frank Malcolm Robinson served in the Navy as a radar technician during World War II and the Korean War. Between his tours of duty, he graduated from Beloit College in Wisconsin. He later received a master's degree in journalism from Northwestern University.

He wrote or co-wrote more than a dozen works, including coffee-table books that reflected his passion for garishly illustrated, campy pulp magazines.

His 1956 novel "The Power" was about a murderous superman with psychic powers. In 1968, it was turned into a film starring George Hamilton and Suzanne Pleshette.

His 1991 novel "The Dark Beyond the Stars" received a Lambda Literary Award for gay men's science fiction and fantasy.

Robinson's stories feature occasional bisexual or gay characters but are not built around gay themes, said Robin Wayne Bailey, a novelist and past president of Science Fiction and Fantasy Writers of America.

"He used to say he was never in the closet but he was never out waving the flag every day either," Bailey said.

Persuaded by director Gus Van Sant, Robinson reluctantly played a cameo role as himself in the 2008 film "Milk." The scene involved one of Milk's pet crusades — cleaning up after dogs in public spaces — and Robinson's only word was one in common use to describe dog droppings.

"I said I thought I could manage that," Robinson recalled, "and my career as a movie star was born."

Frank M. Robinson, a well-regarded science fiction writer whose credits include a novel adapted for the 1974 blockbuster film “The Towering Inferno,” and who was also a speechwriter and adviser to Harvey Milk, the San Francisco city supervisor assassinated in 1978, died on Monday at his home in San Francisco. He was 87.

The cause was heart disease and pneumonia, said Robin Wayne Bailey, an author, friend and former president of the Science Fiction and Fantasy Writers of America, which announced the death.

Mr. Robinson had moved to San Francisco from Chicago in 1973 to work with a friend and fellow writer, Thomas N. Scortia, on a novel about a skyscraper fire. While writing the book he befriended Mr. Milk, who owned a camera store in the neighborhood.

“The Glass Inferno,” their 1974 novel, was mined for parts in creating the final script for “The Towering Inferno,” the producer Irwin Allen’s disaster-film follow-up to “The Poseidon Adventure” (1972). Parts of Richard Martin Stern’s 1973 novel, “The Tower,” also found their way into the movie. All three authors earned screen credit and substantial paydays.

Mr. Robinson used his money to settle in San Francisco, and to help Mr. Milk in his quest to become one of the first openly gay elected officials in the country.

“It came up that I was a writer,” Mr. Robinson said in a 2008 interview with The Chicago Reader, describing the conversation that began his political partnership with Mr. Milk. “He said, ‘Hey, why don’t you be my speechwriter? It’ll be a hoot.’ ”

“I figured it would be a lot of fun,” Mr. Robinson recalled — “and I might meet somebody.”

Mr. Robinson was also gay, but not publicly. In Chicago, where he spent the first half of his life, he had earned his living as a writer and editor for men’s magazines like Rogue, Gallery and Playboy. At Playboy, where he worked from 1969 to 1973, he had ghostwritten the “Playboy Advisor” column, a colloquium of sex and lifestyle advice for men.

His reputation as a science-fiction author was established with “The Power,” a 1956 novel about a man with advanced mental powers. Considered a classic of the paranormal genre, it was made into a television special in 1956 starring Theodore Bikel and a film in 1968 starring George Hamilton and Suzanne Pleshette.

His 1991 novel, “The Dark Beyond the Stars,” a space travel reimagining of Christopher Columbus’s journey, was selected as one of The New York Times’s notable books of the year.

Frank Malcolm Robinson was born in Chicago on Aug. 9, 1926. After a tour of duty in the Navy during World War II, he graduated from Beloit College in Wisconsin and then was drafted again to serve in the Korean War. He earned a master’s degree in journalism from Northwestern University and worked in the magazine business while writing fiction.

He is survived by a brother, Mark.

Mr. Robinson had a small role in “Milk,” Gus Van Sant’s 2008 film about Harvey Milk, and was interviewed extensively by Sean Penn, who played the title role, for his insights about his friend. Mr. Milk was killed along with Mayor George Moscone at San Francisco’s City Hall on Nov. 27, 1978, by a disgruntled political rival, Dan White.

Mr. Robinson had little or no dialogue in most of his scenes. But at one point he improvised a line, standing at a window to shout a profane coming-out announcement about his sexuality. “I’ll tell my brothers!” he said. Mr. Van Sant liked the moment well enough to film it a second time.

Mr. Robinson had never told anyone in his family that he was gay, neither his parents nor his four brothers. And though the scene did not end up in the film, saying the words had made him tremble with emotion, he told The Chicago Reader. It had been his coming out.

“I suddenly realized I was saying goodbye to all that baggage.”

The Worlds of Joe Shannon
Posted by Mercury at 3:43 PM