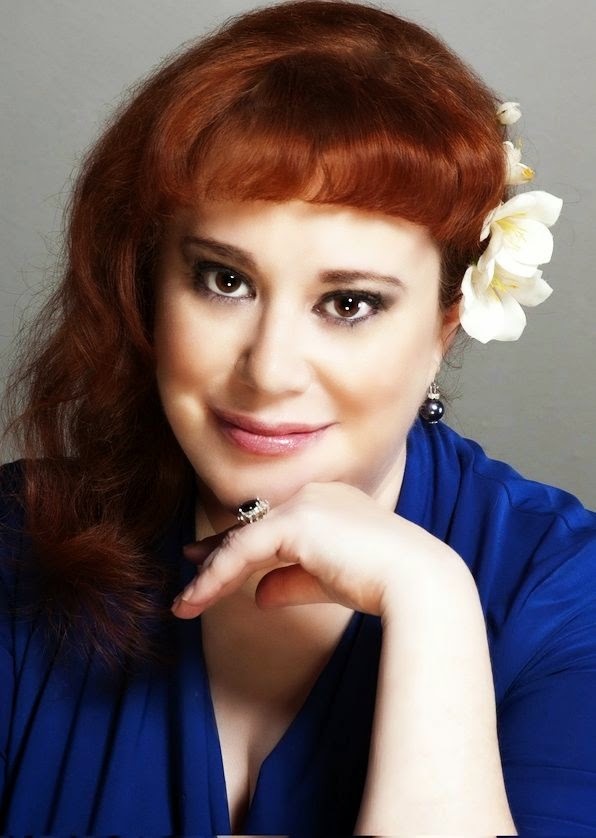 Quite an honor to be featured at the prestigious Astronomy magazine. She writes about Pluto.

The discovery that our solar system does not end with Pluto does not mandate that we accept the controversial IAU planet definition and artificially keep the number of solar system planets small. It is time to recognize a new paradigm, one in which planets are abundant and include spherical moons of gas giants and dwarf planets. Astronomers and educators should take into account not just the IAU view but also the dissenting one, the geophysical definition of planet and its implications for study of our solar system. That is the paradigm shift I argue in the article below.

She also argues, correctly, that the solar system of today is a larger, more diverse neighborhood filled with a huge number of planetary bodies, and that it should be conveyed as such by educators.

Where she and other astronomy educators err is in assuming that a broader, more comprehensive study of our solar system and its exotic worlds must be based on acceptance of the IAU planet definition, which precludes all but eight solar system objects from being designated as planets.

I, too, have heard stories of teachers and media correspondents confused in the aftermath of the IAU decision referring to Pluto as either a star, an exoplanet, a moon, an asteroid, a comet, or a gaseous body. Clearly, the IAU decision is responsible for generating far more confusion than clarity.

Interestingly, many teachers do view Pluto as a planet and continue teach it as such. Some teach it as an ongoing debate. My 7- and 10-year-old nephews understand there are two ways of looking at the solar system — one that classifies only the largest bodies as planets and another that views planets as any and all spherical worlds.

While some games, toys, and books have removed Pluto from the lexicon of planets, many printed after 2006 have chosen to include not only Pluto but also the other dwarf planets. Witness Dr. Ken Croswell’s book Ten Worlds and Dr. David Aguilar’s National Geographic book Thirteen Planets.

McDonalds continues to sell Happy Meals in boxes decorated with nine planets, to the dismay of some IAU partisans.

The best teachers trust their students’ intelligence to teach the planet definition issue as what it really is — an ongoing debate. Elon University Physics Professor Tony Crider combined astronomy with role-playing to create a game in which students role play astronomers at a 1999 debate and at the 2006 IAU General Assembly. This original, fun, and informative lesson was introduced in 2011 at a meeting of the Astronomical Society of the Pacific. It can be found here.

As an amateur astronomer and writer who does public outreach, I hear many stories of teachers not just including Pluto but also including the five named dwarf planets in lessons about the solar system.

Ironically, The Planetary Society sets an example with its set of holiday ornaments that includes planets, dwarf planets, and spherical moons of the gas giants (satellite planets). I have had lengthy conversations with prominent astronomers and have studied the changing landscape of our solar system. Those studies have led me to reject the notion that the addition of many new small planets in the Kuiper Belt disqualifies Pluto as being a planet too.

Additionally, my experience has been that the IAU vote of 2006 is inherently understood by many to not be the final answer or even a fait d’accompli for both astronomers and educators studying the solar system. We refine our understanding of individual objects by the new data we learn about those objects, not by discoveries made about other bodies.

Yes, the architecture of the solar system is different from what it was when today’s adults were growing up. But that difference can just as well be understood as a major expansion of the solar system. Specifically, what we have now are three rather than two planetary zones — the terrestrial planets, the gas giants, and the dwarf planets, with the dwarf planets being the most numerous.

But that does not make them not planets.

Exoplanets are even stranger

At least two exoplanet systems contain two giant planets in 3:2 orbital resonances, the same resonance that exists between Neptune and Pluto. HD 45364 in the constellation Canis Major is one such example.

Gliese 876d, a planet of several Earth masses that orbits closer to its star than Mercury, and WASP-17b, a planet half the width of Jupiter but twice its mass, both orbit their stars backward, meaning in the direction opposite of their stars’ spin.

In the system K0I-730, discovered by the Kepler mission, two planets share a single orbit, taking 9.8 days to circle their parent star.

These examples tell us that neither eccentric orbits nor objects having migrated to different locations from where they initially formed preclude such objects from being designated as planets.

You could consider Charon a dwarf planet on its own. The four tiny moons in the Pluto system actually orbit not Pluto alone but Pluto-Charon in various resonances. Pluto and Charon orbit a barycenter between the two objects, making them the only binary planet system orbiting our Sun.

Pluto is estimated to be 70 percent rock, and Eris, being 25 percent more massive than Pluto though slightly smaller in size, is likely more rocky and therefore more planet-like. Many astronomers believe Eris provides an example of what Pluto will look like as it recedes from the Sun, a world with its gases frozen on the surface. Yet a recent study by Dr. Catherine Olkin at the Southwest Research Institute in Boulder, Colorado, indicates that Pluto never completely loses its atmosphere in the entirety of its 248-year orbit.

Olkin’s observations revealed that Pluto’s atmosphere is now three times as thick as it was when discovered in 1988, in spite of the fact that the planet has been receding from the Sun since its 1989 perihelion.

She attributes this higher atmospheric pressure to the fact that the area approximately 100 meters below Pluto’s surface retains sufficient heat to keep at least some of the nitrogen in Pluto’s atmosphere gaseous throughout its elliptical orbit.

Does Eris retain any type of atmosphere throughout its 550-year solar orbit? With an aphelion about three times farther than Pluto’s, the likelihood is no, but ultimately, the only way to be certain is to go there. To truly understand these worlds, we need to observe them up close.

Sending New Horizons type missions to such remote worlds will require both international cooperation and advances in propulsion technology to shorten the travel time of robotic missions. Nevertheless, making such exploration a priority is a necessity if we are to become space-faring people familiar with our own celestial neighborhood.

And gaining public support for such missions requires younger generations who are not just aware of these planets’ existence, but are excited by it.

The complex structures of the dwarf planets drives home the point that these are whole, complex, enigmatic worlds—in other words, small planets. That is why it would be inaccurate to imagine the larger worlds of the Kuiper Belt as being akin to the asteroids between Mars and Jupiter.

As these faraway worlds slowly give up their secrets, the new knowledge will continually require us to revise classification schemes reflecting the realities of these worlds. It is already conceivable to imagine a subclass of planets that harbor subsurface oceans. Such a subclass might include worlds as diverse as Pluto, Ceres, Europa, Enceladus, Ganymede, Callisto, Titan, and Triton.

Finding a subsurface ocean on Pluto may very well presage finding similar bodies of water beneath the surface of many other dwarf planets in the Kuiper Belt, Guillaume Robuchon and Francis Nimmo of the University of California at Santa Cruz pointed out in their 2011 article in Astrobiology magazine. Because subsurface oceans could potentially harbor microbial life, every one of these worlds constitutes another potential location for this greatest search of all.

One can, therefore, look at the same data as Lakdawalla and yet draw a very different conclusion about our solar system. Rather than eight planets, our solar system has five terrestrial planets (including Ceres), the closest of which is on a slightly inclined orbit, four large jovians, which can be further subdivided into gas giants and ice giants, and a host of dwarf planets, of which all except one orbit past Neptune. Ceres could be jointly classed as both a terrestrial planet and a dwarf planet.

In the gas giant region, we have a host of spherical moons that, with their complexity, composition, and geology, can be considered secondary or satellite planets. These worlds present some of the most desirable targets for future searches for microbial life and for potential human colonization of the solar system.

Yes, there likely are many more worlds to find beyond Neptune, and there may very well be a Neptune-sized object lurking out there. Significantly, such an object would not fit the IAU definition of planet adopted in 2006 because at such a distance, the chances are it would not “clear its orbit” even at Neptune’s size.

The discoveries of the last 20-plus years have significant implications for science education. Not only should we not drop Pluto from discussions of the solar system; we also should include the newly discovered Kuiper Belt planets, Sedna, Ceres and the large moons of the gas giants.

Thank you so much for reprinting this! As an added bonus, it was published on my birthday though I didn't see it until more than a week later!