“The Last Train from Hiroshima"--partially flawed? 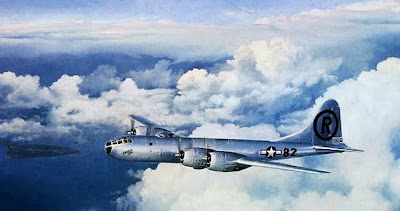 Somebody didn't do proper research and establish verification. Many years have passed and memories become hazed. Documentation is difficult and it winds up in a "he said, she said" situation. It appears that Henry Holt's The Last Train from Hiroshima has a flaw in that one of his sources, Joseph Fouco, gave false information. Here are the details.

[Side note. Why would James Cameron (or anyone) want to make a film based on the tragedy of Hiroshima? Is it just an excuse to employ computer graphics to visualize human suffering. One most likely will leave the film, not with questions of ethics, but, "Wow, cool images. Did ya see the flesh boil off that guy?"]

The New York Times
A new book about the atomic destruction of Hiroshima has won critical acclaim with its heartbreaking portrayals of the bomb’s survivors and is set to be made into a movie by James Cameron.

“The Last Train from Hiroshima,” published in January by Henry Holt, also claims to reveal a secret accident with the atom bomb that killed one American and irradiated others and greatly reduced the weapon’s destructive power.

There is just one problem. That section of the book and other technical details of the mission are based on the recollections of Joseph Fuoco, who is described as a last-minute substitute on one of the two observation planes that escorted the Enola Gay.

But Mr. Fuoco, who died in 2008 at age 84 and lived in Westbury, N.Y., never flew on the bombing run, and he never substituted for James R. Corliss, the plane’s regular flight engineer, Mr. Corliss’s family says. They, along with angry ranks of scientists, historians and veterans, are denouncing the book and calling Mr. Fuoco an impostor.

Facing a national outcry and the Corliss family’s evidence, the author, Charles Pellegrino, now concedes that he was probably duped. In an interview on Friday, he said he would rewrite sections of the book for paperback and foreign editions.

“I’m stunned,” Mr. Pellegrino said. “I liked and admired the guy. He had loads and loads of papers, and photographs of everything.”

The public record has to be repaired, he added. “You can’t have wrong history going out,” he said. “It’s got to be corrected.”

Mr. Corliss died in 1999, but his family preserved the documentary evidence of his participation in the historic flight, including an air medal from President Harry S. Truman. “We’re so distraught,” Ethel D. Corliss, Mr. Corliss’s widow, said in an interview. “Thank God he’s not alive. He was so proud.”

The unnamed B-29 bomber at the center of the uproar flew escort on the bombing run on Aug. 6, 1945, and photographed the mushroom cloud. According to the book, Mr. Fuoco became the bomber’s flight engineer at the last minute when Mr. Corliss fell ill, and he made detailed observations of Hiroshima’s destruction from his seat as the plane’s flight engineer.

Not so, say the two surviving members of the flight crew.

Russell Gackenbach, the flight’s navigator, called Mr. Corliss a good friend. “From my seat in the airplane, we could shake hands,” he said in an interview. “There’s no way on earth Corliss was not on that mission.”

The book rose to No. 24 on the New York Times list of hardcover nonfiction and was praised by Publishers Weekly in a starred review as wise, informed and heart-stopping. The New York Times called it “sober and authoritative.”

The book focuses mainly on survivor tales, with the bomb problems an added drama. It credits Mr. Fuoco with solving a top-secret puzzle involving what he claimed was an accident with the Hiroshima weapon, known as Little Boy, as it was being readied at an air base on Tinian, an island in the Western Pacific.

A burst of radiation killed a young scientist, the book says, and damage to the nuclear fuel assembly cut the bomb’s destructive power by more than half. The book repeatedly calls the weapon “a dud.”

“Joe Fuoco brought all the puzzle pieces together,” Mr. Pellegrino said in a comment on Amazon.com.

Mr. Fuoco’s assertions, however, have upset the Los Alamos weapons laboratory in New Mexico, the birthplace of the bomb. It says the device suffered no accident and no technical failures. Its initial blast killed an estimated 70,000 people.

The book’s claims, said Alan Carr, the official historian at Los Alamos, read “more like a technically dubious piece of fiction than a historical rendering of actual events.”

“This book is a Toyota,” said Robert S. Norris, the author of “Racing for the Bomb” and an atomic historian. “The publisher should recall it, issue an apology and fix the parts that endanger the historical record.”

Late last month, the newsletter of the 509th Composite Group — which flew three B-29 bombers over Hiroshima on the atomic run, one to drop the bomb and the others to document the effects — denounced the book and offered to help Mr. Cameron make a “historically accurate film about these important events.”

The newsletter called Mr. Fuoco an impostor, adding that his name appeared nowhere in the unit’s records. “Any claims by him,” it said, “are completely fraudulent.”

Mr. Pellegrino is the author or co-author of more than a dozen books. They include science fiction, “Unearthing Atlantis,” “The Jesus Family Tomb” and two books on the Titanic. Mr. Cameron used those books as sources for his Titanic movie and received help from Mr. Pellegrino on “Avatar,” according to the publisher. It says Mr. Pellegrino has a Ph.D. in zoology and lives in New York City.

The family of Mr. Corliss provided The New York Times with a copy of the air medal order that lists him and the other crew members. It is dated Sept. 14, 1945 — days after the formal Japanese surrender. “By direction of the president,” it begins, going on to cite the men for “meritorious achievement,” saying each “was well aware of the great danger involved.”

The family also provided several pages of Mr. Corliss’s handwritten descriptions of what he did and saw as the flight engineer. “When the bomb went off it was so bright that I had to squint,” Mr. Corliss wrote. His plane, he added, kept circling the mushroom cloud. “All the time it was churning all around, sometimes inside out, with red, yellow, purple and brown colors” as the firestorm sucked up cars and buildings, bodies and dirt.

The family also supplied a military sheet that gave the bomber’s weight and balance on the day of the bombing run. It was signed by Mr. Corliss.

Mr. Corliss’s family says he also served in Korea and Vietnam and retired from the Air Force in 1967 as a master sergeant. He then worked in heating and air-conditioning.

An Air Force spokesman, Capt. Ian Phillips, said Friday that its history office had several documents that listed Mr. Corliss as the flight engineer on the photographic escort plane for the Hiroshima mission. “There is no mention,” he added, “of Joseph Fuoco being assigned to the 509th.”

In an interview, Mr. Fuoco’s widow, Claire, defended her husband as honest and true.

“That’s a lot of baloney,” she said of the impostor charge. “He couldn’t make up such a thing. I always called him a Boy Scout.” She said she had no documentary evidence of his participation in the Hiroshima flight.

Mr. Gackenbach, the flight’s navigator, said the misrepresentations of Mr. Fuoco were unusual only in that they showed up in a book. He said many former servicemen had falsely claimed to have flown over Hiroshima on the famous bombing run.

If all of them had actually been there, Mr. Gackenbach added, the aircraft “could never have taken off.”


Book of horrors
Posted by Mercury at 6:13 AM