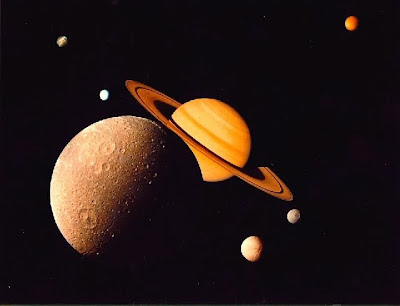 BGViews News
In 1961, President John F. Kennedy declared that the United States would put a man on the moon and return him to Earth by the end of the decade.

And we haven't been back in almost 40 years.

Now, President Barack Obama has virtually scrapped a National Aeronautics and Space Administration (NASA) program, directing funds away from a proposed lunar expedition and toward the development of technology.

The Constellation program was intended to put men back on the moon with the longer-term goal of establishing a lunar base. New rockets were being developed to achieve this goal, but NASA never even got the first one, Ares 1, completed. Budget constraints have forced a scaling back of Constellation, focusing instead on projects like being able to refuel spacecraft in orbit, according to the Washington Post.

Such a program is not insignificant, but it also doesn't come close to matching the scope of the questions the science of astronomy and NASA try to address.

The decision has generated much controversy in the space, technology and scientific communities and is reflective of a long-standing rivalry between political powers and science.

It is not known precisely how much Constellation would have cost had it been allowed to continue, but even the highest estimates don't come close to the immense defense budget. The underlying message, that we can't afford to go back into space (or do any number of other worthwhile social programs) because we have wars on Earth to fight, is worse than ignorant -- it's terrifying.

Obama's cut also reflects a division between science and technology. Whereas science is fundamentally about the pursuit of an advanced understanding, technology is a practical manifestation of scientific discoveries to improve human life.

It is for this reason that science programs are often among the first to be cut wherever cuts may need to be made by public schools or the national government. The cynical view that certain sciences, particularly astronomy, don't offer human beings any practical benefit still lingers in America.

Of course, technology would not be possible without science driving it forward. NASA's decision to focus on the technological side of their work is regrettable, for although technology does have much to offer us -- cell phones, GPS units, the Internet -- none of these would be possible without, for example, Einstein's general relativity, a purely scientific endeavor concocted in the mind of one of the most brilliant men to ever live.

But science can offer so much more than technological niceties. Some of the greatest thinkers of all mankind -- Aristotle, Copernicus, Newton -- looked to the sky and tried to explain what they saw scientifically. John Locke, the famous English philosopher who is credited as a primary inspiration for the American Revolution, appealed to the authority of the emerging science of his time.

In 1990, the Voyager spacecraft was nearly 4 billion miles away from Earth. It took several pictures at that distance of the solar system's planets, including Earth. From that distance, Earth looked like nothing more than a pale blue dot, a nickname which has stuck with the photograph ever since.

The significance of the photo was staggering. Carl Sagan, the famous Cornell astronomer and host of PBS's "Cosmos," delivered an eloquent, moving speech regarding the photograph and its significance to the human condition, saying, "Our posturings, our imagined self-importance, the delusion that we have some privileged position in the Universe, are challenged by this point of pale light."

On the surface, the sentence might appear depressing -- if the Earth is so insignificant, what's the point of it all? But the take-home message isn't that there isn't any point. Rather, Sagan was saying it makes no sense to have such bloodshed and greed merely so some group of people "could become the momentary masters of a fraction of a dot."

The importance of astronomy cannot be overstated. Perhaps human interest in the subject is merely idle curiosity. But if idle curiosities can reveal the kinds of profound insights Sagan's pale blue dot offers, they are worth every penny spent pursuing them.
Posted by Mercury at 7:17 PM