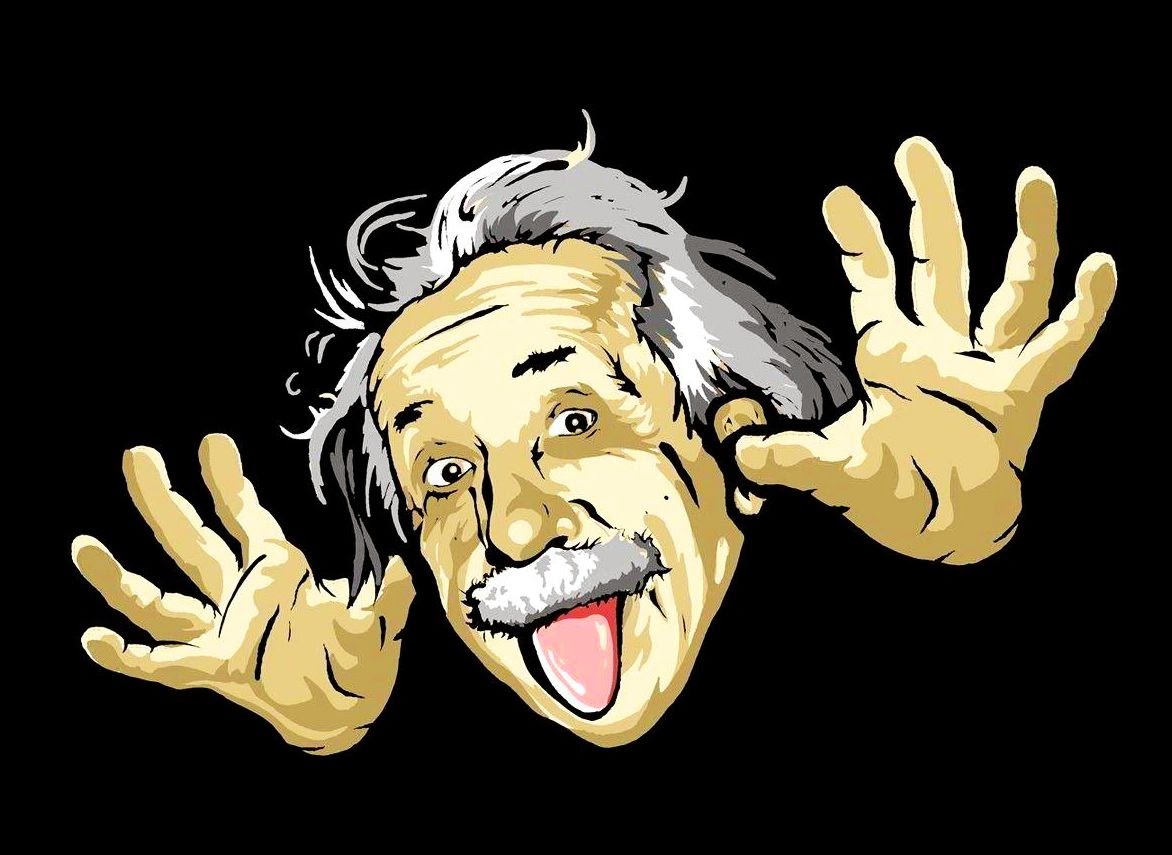 Albert Einstein's critique of quantum theory, long regarded as a sign of senility, is vindicated in a new book by Stanford philosophy Professor Thomas Ryckman and University of Washington scholar Arthur Fine.

When it comes to looking at reality from the subatomic perspective of quantum theory, many physicists are nearly as much in the dark as the average person on the street.

"Even great physicists will tell you that nobody understands quantum mechanics, although we use it every day," said Stanford philosophy Professor Thomas Ryckman.

Devices from airplanes to laptops rely on the mathematical calculations of quantum mechanics. But Ryckman, whose research centers on the philosophy of physics, calls this fundamental science a kind of "black box."

"You put in information, turn the crank, and get information out that matches what you can observe or test in the lab," he said. "But what's in that black box? Even our best minds are not exactly sure."

The fact that there are many interpretations of quantum mechanics – each of them with severe problems, said Ryckman – means that the most empirically successful theory in all of science is not fully understood. For that reason, he contends, examining the topic through a philosophical lens may be important.

"Technically trained and historically informed philosophers can help physicists think through and even extend the field of possibilities for resolving these problems," he said.

Ryckman's teaching and research show that in the history of physics certain interpretive options were sidetracked or forgotten. "Some of them need to be brought back out of the closet," he asserts, because a thorough consideration of them may well lead to new breakthroughs and discoveries.

One of them, the philosopher maintains, is Albert Einstein's unorthodox critique that quantum theory was incomplete and that a larger mathematical description of reality was possible. "Because his views went against the prevailing wisdom of his time, most physicists took Einstein's hostility to quantum mechanics to be a sign of senility," Ryckman said.

In 1935, Einstein showed that if quantum mechanics were taken to its logical conclusion, it would allow for "entanglement" between once-interacting particles that subsequently are widely separated in space. He colloquially called this "spooky action at a distance," whereby measuring a property on one of the particles apparently fixes the corresponding property on the other particle – no matter how far apart they are.

Einstein rejected the idea that the world could be that strange, which led to his contention that quantum mechanics must be missing something.

"Because he was arguing against a very empirically successful theory," said Ryckman, "his scientific biographer Abraham Pais asserted that after 1925, 'Einstein might as well have gone fishing.'" It's a view that has prevailed in the field of physics, despite the fact that the physics icon lived 30 more years, continuing his pioneering research until his last breath.

Ryckman argues that the world's most famous scientist "wasn't crazy, he was prescient."

As it turns out, in the 1960s, a physicist visiting Stanford named John S. Bell wrote a paper reviving Einstein's critique of quantum mechanics, arguing that if the late scientist were right, the quantum formalism would be describing a reality greatly at odds with our everyday experience of familiar objects. "By the 1980s it was possible to do an actual experiment to test this," Ryckman said, "and in fact it was shown that the world of quantum particles is indeed 'entangled.'"

Thus, in his critique of the prevailing paradigm, Einstein was in fact the first to observe that the mathematics involved did have very unusual implications. "Nature appears to be much stranger than Einstein thought," Ryckman said.

The paragon of genius therefore unwittingly vindicated quantum mechanics, but in a way no one expected – and, says Ryckman, in a way that few, outside of those working on foundations of quantum mechanics, have adequately credited him for. Einstein's unintentional discovery of entanglement opened the door to new fields of quantum information theory, including quantum computation and quantum cryptography, as well as to the creation of the world's most accurate atomic clocks.

Ryckman attempts to restore the great physicist's reputation in his new book, Einstein, co-written with Arthur Fine, professor emeritus of philosophy at the University of Washington. The book is slated to be published by the Routledge Philosophers series in 2015, the centennial of the theory of relativity.

Drawing from materials in Einstein archives at Caltech and Jerusalem, and from the continuing publication of Einstein's collected papers, the book is the first attempt to articulate in detail the philosophical motivations underlying Einstein's most significant scientific contributions.

"He read widely in both classical and contemporary philosophical literature, and he engaged with some of the most important philosophers of the 20th century," Ryckman said. "His dissent from quantum theory is basically informed by the philosophical view that a complete description of physical reality might be attained by continuing further along the same path that had led to his greatest success, the relativistic theory of gravitation of 1915."

Furthermore, Einstein's most significant contributions to physical theory – notably, the special and general theories of relativity – completely overturned the Newtonian concepts of space and time in a direction partly anticipated by the German philosopher and mathematician Gottfried Leibniz. "Most significant, with the general theory of relativity, space-time becomes fully dynamic, no longer an inert background upon which the drama of physical interactions is staged," Ryckman said.

Ryckman's work on Einstein is part of his broader teaching and research on the philosophy and history of physics. "I've long been preoccupied with the big questions of this field," he said.

Most modern physicists are occupied with conducting research under conventionally accepted quantum mechanical paradigms in order to advance knowledge. But as a philosopher of science Ryckman spends his time researching and introducing Stanford students – including physics graduate students – to the idea that other interpretations have sometimes held sway.

By exploring conceptual problems regarding wave-particle duality, quantum measurement, entanglement and more, Ryckman provides his students with a glimpse beyond the realm of applied research.

"This is the first time many science students, who are busy solving problem sets, learn about history and questions regarding the various interpretations of quantum mechanics," said Ryckman, who has also written The Reign of Relativity: Philosophy in Physics 1915-1925 and The Form of Information in Science (with Zellig Harris, Michael Gottfried and others.)

"There is little mainstream research in the foundations of quantum mechanics," Ryckman said. "The reason is that most physicists consider it unproductive and not likely to be successful. This is the attitude that is taught to students."
On a daily basis, Ryckman's work deals with the fact that the realm of subatomic particles is very spooky, indeed. "Our world of everyday experience, where objects appear to be solid and travel on smooth trajectories, is terribly misleading," he said.

Moreover, he notes, it's unclear why we don't experience a cat as being alive and dead at the same time, for example – because, from the perspective of quantum mechanics, it is, until it is observed as one or the other, simultaneously both. "Nature is stranger than our evolved conceptual system can comprehend easily," he said.

Thanks to POSP stringer Tim.
Posted by Mercury at 10:46 AM