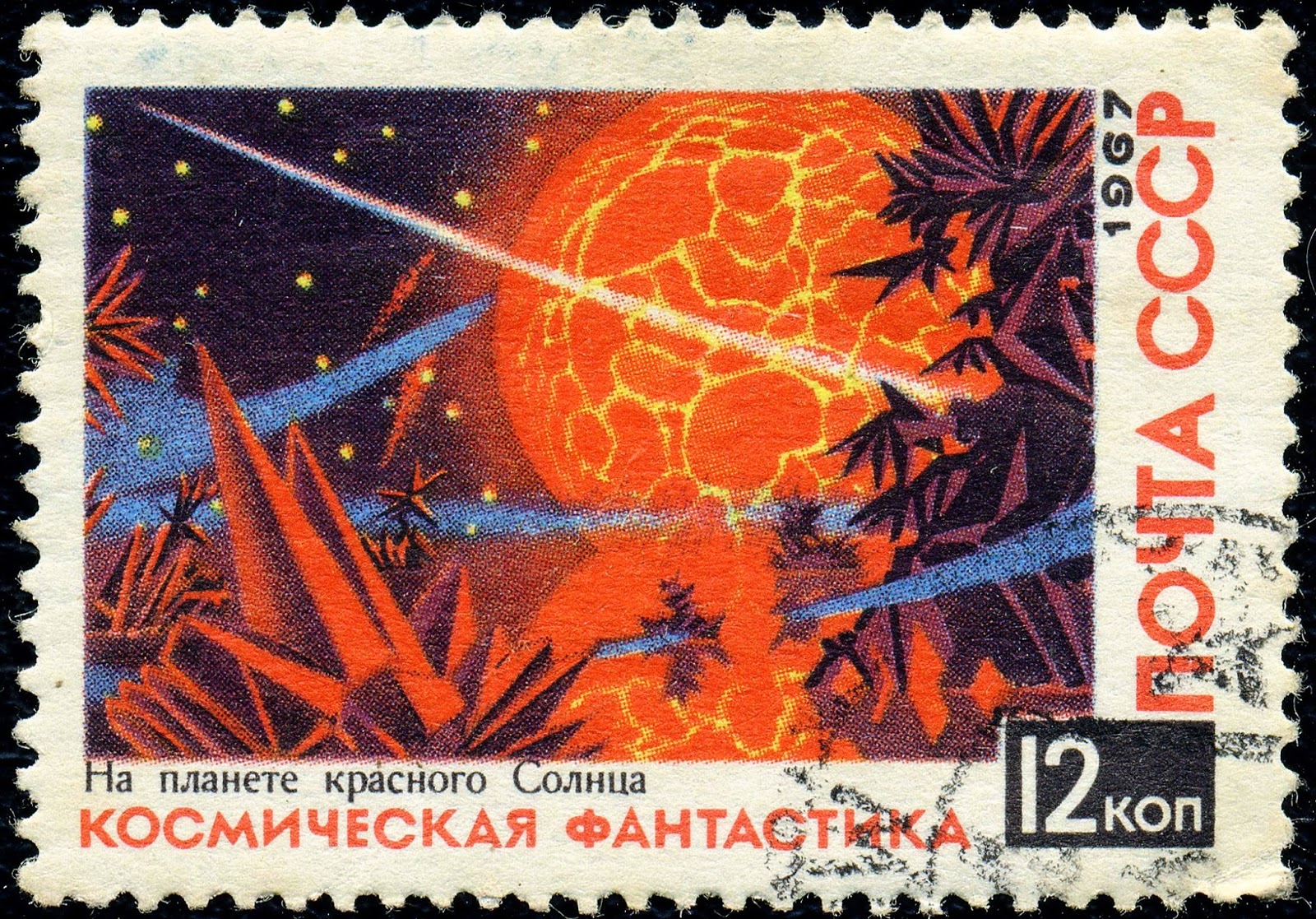 In a new class at Duke University, professors from different realms explore the intersection of literature and physics.

“I think reality is always more bizarre than anything we can come up with,” Kruse says. “Even gifted authors and writers can't imagine how crazy reality is beyond our current understanding. Real science gives us greater surprises by taking our understanding even further.”
But when he was asked to co-advise a Duke graduate student whose dissertation spanned both the literature and physics departments, Kruse decided to give science fiction a second look. He teamed up with Duke literary professor and science fiction specialist Katherine Hayles to design a class that is the first of its kind at the university—one that explores the intersection of science fiction and science fact.

Hayles and Kruse originally structured the class to play to their separate realms of expertise. Hayles discussed the literary elements of science fiction stories and their social, political and philosophical implications, while Kruse, who is a member of the ATLAS experiment at the Large Hadron Collider, examined and evaluated their scientific accuracy. But as the class progressed, these roles started to blur.

“What actually happened is we started to discuss some of the ideas that are pushing the very frontier at which Mark is working,” Hayles says. “At some points, Mark had to admit that he didn’t know the answer, which led into some very interesting discussions.”

John Un, a literature major at Duke, took the class because he has always been fascinated with quantum mechanics. He says learning about scientific research made him think critically about how he approaches the humanities.

“From a literary perspective, I am inclined to take the position there is always subjectivity in everything,” Un says. But Kruse’s explanations of the scientific method made him rethink his approach to evaluating fiction.

“What am I basing my points on?” he says. “Is it just theory and jargon, or can I ground my arguments in evidence?”

Stefan Cafaro, an engineering major at Duke, was drawn to the class because he had spent a summer working with Kruse on a project to upgrade the ATLAS detector. For him, the best part of it was being able to branch out from the typical engineering track while remaining within the realm of the sciences.

“If you take just pure engineering classes, you miss out on developing important skills like critical reading, discussion and presentation,” Cafaro says. “Especially as an engineer, you will be doing that sort of thing throughout your entire career. If you don’t have any social or verbal skills, it is going to hurt you.”

Kruse and Hayles were both impressed with the performance of their students and their willingness to step outside their comfort zones.

“We had amazing questions from the humanities students that really probed the scientific concepts we were discussing,” Kruse says. “I was really impressed that they were taking the science so seriously.”

For their final projects, the students wrote short science fiction stories based on the scientific concepts discussed in class. These stories explore topics like quantum mechanics, black holes, the Large Hadron Collider and the Higgs field.

139 Days. Is that really how long I’ve been here? It feels like eternity.

Fiona absentmindedly traced the figures on the screen of her calendar, with each day meticulously marked off, lost in thought.

139 days. Not even a tenth of her 5-year isolation period had passed, and already it felt like she was going crazy.  And it wasn’t even halfway through this day!   Of course, ‘noon’ was whenever she decided the middle of her day was, but she liked to keep it in sync with ‘normal’ days, whatever that meant.

I wonder if it would be snowing.

She blinked, fighting off in the whirlpool of memories that now threatened to engulf her; it was too easy to lose time daydreaming here. Never stop paying attention to the calendar. Never forget about home.

She got up, taking her now-empty breakfast bowl with her, and mechanically started to tidy her tiny kitchenette. She could hear the whirring and grinding of the machinery that surrounded her in every dimension. Her thoughts drifted to the hundreds of others who must be around her – what time was it for them? What were they doing right now, whilst she was donning her rubber gloves?

She shook her head. Those sorts of thoughts weren’t helpful either. Leaning over, she turned on the radio with her elbow- it wouldn’t do to get it wet, not when mechanics had a waiting list of over a month.

The cool waves of jazz washed over her, and she let out the breath that she wasn’t aware she’d been holding. Turning back to the sink she scrubbed at the frying pan until every atom of slightly burned omelet had been removed from the blackened surface.

She appreciated these small luxuries – not everyone had access to cooking facilities. She certainly hadn’t initially.

I can’t believe I’m grateful for washing up. She almost smiled. If only my mother could see me now!

Water sloshed over the sides of the gloves, and her hint of smile vanished. She peeled the gloves off and set them to dry, annoyed.  Why couldn’t anyone invent something useful, like actually effective rubber gloves? Honestly.

Bloody Einstein and his theories.

It was a novel feeling to be annoyed at the genius of someone that she respected so much.

Wiping her hands on her jumpsuit Fiona moved across to her living space. It’s ironic. This space would be worth so much at home. We could never afford to live here, not with Ollie, anyway.

The apartment was small, but had separate rooms for each activity, something she’d never experienced before. Her room growing up had been shared with her two sisters, and their baby brother. When he’d hit puberty he’d moved into their parents room, much to his annoyance. Still, it saved him from endless nights talking of romance, at least. She missed her siblings so much. Having grown up in such close proximity she had heard about every test at school, every crush, every hilarious moment for nearly two decades. Even after she’d moved out, moved on to higher education, they’d all kept in touch; her college was only an hour by bus from her home, and scarcely a week ever went by without a body keeping her couch warm.

When the program originally started, apparently inmates had still been allowed to contact their families. It was all regulated, of course, but at least they had been able to spend a few precious hours a month talking to their loved ones.

Around half a decade ago, there had been a breakthrough in engine technology and fuel compression. The speeds now attained by the modules now made effective communication impossible, and contact had been decreed ‘too complicated’. The programs had been halted, and the inmates were left, truly alone.

Family members were not even allowed to send written electronic messages; the content would no doubt hint at the rate that time was passing on Earth, which was precisely against the new purpose of the modules.

Families were only informed of the impending return of their loved ones six months before their intended arrival. This, apparently, was part of the punishment. ‘Effective’ doesn’t even come close.

Dark and Stormy by Evan Myer

The Little Bang by Brian Bullins

The Traveling Salesman by Melissa Dalis

Writing a Science Fiction Story by Kevin Trainer
Posted by Mercury at 8:04 AM