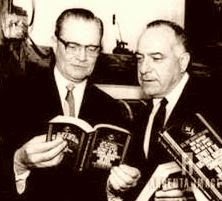 Oscar Dystel, who combined sharp editorial judgments, shrewd marketing and attention-grabbing covers to propel Bantam Books from the brink of collapse to pre-eminence in paperback publishing after World War II, died on Wednesday at his home in Rye, N.Y. He was 101.

His daughter, Jane Dystel, a literary agent, announced the death.

Bantam Books was founded in 1945 to take advantage of new methods that allowed paperbacks to be produced cheaply and of a public eager to pay 25 cents for a book that might have cost $2 as a hardback.

But by the early 1950s, the industry was choking on its own success, having printed mountains more books than the public wanted. More than 175 million copies were piled in warehouses. Bantam was in chaos and had been without a president for two years when Mr. Dystel (rhymes with pistol) was hired.

“We were flooding the market to sell 100 copies,” he said in an interview for “The Bantam Story,” a 1970 book by Clarence Petersen. “I remember one executive coming into my office with a balance sheet and telling me, ‘We’re out of business.’ ”

Bantam was on track to lose more than $500,000 that year. But Mr. Dystel was so confident of Bantam’s future that he demanded a percentage of future profits.

By the end of the next year, Bantam was making a profit, and by the time Mr. Dystel retired as chairman in 1980, its sales exceeded $100 million a year. It was the largest publisher of paperbacks, with more than 15 percent of a market served by 14 principal houses and several lesser imprints. Paperbacks had come to account for more than half the dollar volume of sales in the nation’s bookstores.

Mr. Dystel reduced inventory, pushed a program to sell classic books by Dostoyevsky and other authors, expanded publishing for schools and children, multiplied the sales force and built a corporate structure.

And he did what he liked most: He found books with a shot at popularity and sold them vigorously.

An early victory was “Battle Cry,” a 1953 novel by Leon Uris about a group of Marines in the South Pacific during World War II. Bantam and a competitor, Pocket Books, each bid $25,000 for paperback rights, according to Al Silverman in his 2008 book, “The Time of Their Lives: The Golden Age of Great American Book Publishers, Their Editors and Authors.” Mr. Dystel won the deal by promising to send Marines to wholesalers to explain their love of the book.

“It was a battle cry for the country that Bantam was in business,” Mr. Dystel told Mr. Silverman.

Other big sellers followed. “Valley of the Dolls” by Jacqueline Susann, which Mr. Dystel predicted would sell a million copies, had a press run of four million the week after its paperback publication in 1967. Four million more copies were published in less than a year.

When no hardcover publisher was interested in William Peter Blatty’s novel “The Exorcist” in 1971, Mr. Dystel bought both hardcover and paperback rights. He later sold the hardcover rights to Harper & Row. It became a best seller — Bantam sold 10 million copies — and the basis of a 1973 blockbuster movie of the same title.

Covers mattered. Bantam made red the preferred color for paperback books, and other companies followed, until bookstands were almost solidly red. It then did the same with white, and later with raised metallic titles.

When the New American Library’s rights for J. D. Salinger’s “The Catcher in the Rye” (1951) were expiring, Mr. Dystel resolved to acquire the book. It turned out that what Mr. Salinger most wanted was to design the cover himself. “No problem!” Mr. Dystel said, according to Mr. Silverman. “We’ll publish it in a brown paper wrapping paper if he wants that, just as long as the title is legible.”

Mr. Salinger’s cover is the one that became familiar to millions: the title and author’s name in yellow against a red background.

“Catcher” sold half a million Bantam copies a year beginning in 1964, and by 1978 it had been through 46 Bantam printings.

Mr. Dystel’s idea of the perfect book was one that combined a riveting story, a compelling cover and a hit movie. Bantam paperback sales of Peter Benchley’s “Jaws” (1974) reached three million and had started to wane when the Steven Spielberg movie came out in June 1975. By the end of October, six million more copies had been sold. It was an industry speed record at the time.

Mr. Dystel and his team designed the paperback cover of “Jaws,” which the movie poster duplicated. It showed a great white shark coming up from the ocean floor to attack a swimming woman. It was already one of the fastest-selling paperbacks, and its sales ballooned when the words “Now a popular motion picture from Universal” were added to the cover.

One of Mr. Dystel’s boldest initiatives was writing, packaging, printing and delivering books in what was then an incredibly short time. In 1964, Bantam turned out the complete text of the Warren Commission’s report on the assassination of President John F. Kennedy — with several original articles by The New York Times — just 80 hours after the report was released. It sold 1.6 million copies at $1 each (about $7.65 in today’s money).

“It’s a wonder it was tried in the first place,” Mr. Petersen wrote of the challenge Bantam overcame. The Bantam Extras series went on to include books on Pope Paul VI’s trip to the United States in 1965 and the first moon landing in 1969. Fifty-six Extras were published.

Oscar Dystel was born on Oct. 31, 1912, in the Bronx, the only child of parents who worked in a tailor shop and later owned a general store. As a child he played the violin and performed at Carnegie Hall, but he gave it up after realizing that he would never be a virtuoso. He received a track scholarship to New York University, which he supplemented by working as a typesetter at The Times. He graduated in 1935 with a major in advertising.

Mr. Dystel won a scholarship to Harvard Business School and graduated in 1937. He was then hired as promotion manager at Esquire magazine and later promoted to editor of Coronet magazine, which was owned by the same company. He helped increase Coronet’s circulation to two million from 87,000 before leaving in 1942 to join the Office of War Information, where he worked on psychological warfare.

He won the Medal of Freedom for planning, editing and distributing millions of leaflets to people in Nazi-occupied southern France. The leaflets were “valuable factors in reducing the enemy’s will to resist,” the citation said.

After the war, Mr. Dystel worked for other magazines before being hired to run Bantam. Under him, Bantam published 600 to 1,000 books a year. After leaving Bantam in 1980, he worked as a consultant.

His wife of 65 years, the former Marion Deitler, and his son, John, died in 2003. In addition to his daughter, Jane, he is survived by two grandchildren and two great-grandchildren.

Mr. Dystel’s maxim for publishing success was as simple as it was difficult: “There’s no disastrous situation in publishing which cannot be saved by the publication of one really big best seller.” 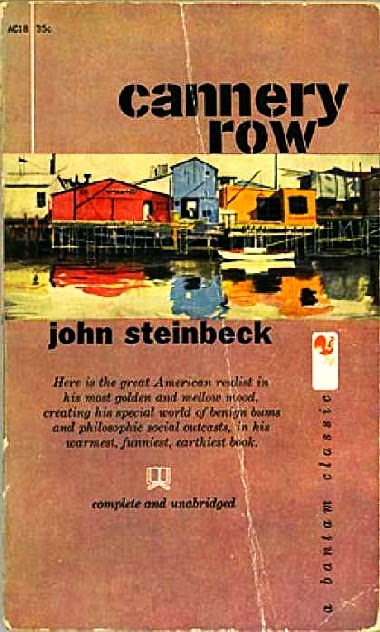