Neutrino speed must be subjected to the "scientific method" 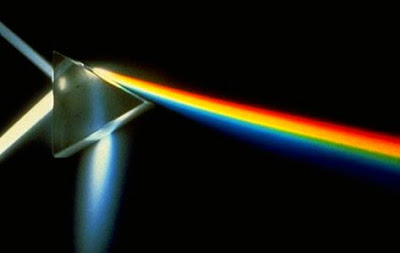 "Not so fast, neutrinos"

The Tech
On Sept. 23, European scientists announced that they had observed neutrinos, a class of subatomic particles, traveling faster than the speed of light — the universe’s fundamental “speed limit.” The experiment, OPERA (Oscillation Project with Emulsion-tRacking Apparatus), was a collaboration between the Italian Gran Sasso National Laboratory (LNGS) and Europe’s high-energy physics laboratory CERN. Since the announcement of this anomaly, the scientific community has been hotly debating its validity, as well as the possibilities that could arise from such results.

Hughes pointed out that the OPERA experiment was not originally designed for measuring the speed of neutrinos. The main goal was to transmute — or convert — one type of neutrino, called a muon neutrino, into a tau neutrino, a heavier type of particle.

Hughes conceded that the researchers “have done as good a job as they can, but this is extremely hard to measure … there’s this table of systematic errors in their measurements, and one error tends to dominate. If they combined their errors in a different way, their results could have been within the error bars.”

However, she and Physics Professor Frank Wilczek — a Nobel laureate — both said that the main evidence that contradicts OPERA’s result is the data set from Supernova 1987A, when neutrinos produced from the star explosion arrived only a few hours before the light did (neutrinos leave the dying star before visible light from the explosion).

Every supernova is accompanied by production and emission of a massive quantity of neutrinos. Physicists can calculate the relative time between when the neutrinos are emitted and when the light is emitted from the explosion. If OPERA’s results are correct, however, the neutrinos should have travelled faster and arrived a few years before the light.

Hughes and Wilczek both guess that scientists will most likely approach the neutrino announcement with a variety of new experiments and do tests with different baselines.

“I would say there’s a 98 percent chance this is a systematic error,” Hughes said.

Scientists note that other predictions of special relativity are valid, and that these neutrinos might be something “special and weird.”

“Within the theoretical framework, we have been very successful in other parts, which is why it’s hard to isolate this neutrino ‘disease’ in this small sector,” Wilczek said.

But no one is claiming that the European researchers were careless. On the contrary, Wilczek believes that all of the scientists are “competent, professional experimenters who have been wrestling with this for months and can’t make this go away.”

“I’m not claiming they’ve done it wrong, I’m saying that it needs looking at very carefully,” added Hughes. “There’s a big difference between precision and accuracy — you can measure with precision a very inaccurate result.”

What if it’s true?

If it is true that neutrinos can travel faster than the speed of light, fascinating new lines of inquiry could open. One theory is that these speedy neutrinos could be a crack in the universe that reveals extra dimensions in high energies.

“If this were correct, our GPS wouldn’t work,” Hughes said of the navigation technology that relies on relativistic principles.

“It’s premature, to say the least, to speculate wildly about the implications, either theoretically or technologically,” said Wilczek.

Talk in the media about traveling in time or having causal loops were a misunderstanding of relativity. “If there’s any limiting speed, even if it’s not the speed of light, one would not be able to close the loop from the future to the past,” Wilczek added.

Although he is doubtful of the results, Hughes does not have any criticism of OPERA’s report itself. “The paper is very clear — they say they’re throwing [this discovery] out there for further testing. Their paper is very careful and pretty conservative.”

He found it “irresponsible,” however, that the authors held a press conference immediately after their accidental discovery. In fact, some of the researchers who were part of OPERA actually removed their names from the paper because they found the analysis to be too preliminary to be able to release the results in such a manner.

“This is one of the few things that reveals the tension that was going on within the experiment,” Hughes pointed out.

The fact that this story has made a huge appearance in headlines over the past few weeks does not surprise Hughes, but he is worried that after it dies down, any future and possibly contradictory discoveries will not have as large an impact in the media.

“No headline will say, ‘Oops, we goofed.’ … My concern is that this potentially big splash will not be compensated for by correction,” said Hughes.

Physics student Asher C. Kaboth G also noted that “It’s harder for the general public to understand the little details … it’s difficult to explain.” Those who do not know much about special relativity might have misconceptions about what these results mean and their possible implications, he said.

Conrad did not like the way some physicists reacted to the news. “Way up there in the responses I don’t like [is], ‘If it doesn’t fit my theory, it must be wrong.’ That’s not okay to tell people.”

She said that if neutrinos really do travel faster than the speed of light, it breaks current theories and scientists will have to construct new ones.

“There’s a difference between us saying what nature will do and nature telling us what it does,” Conrad said. “When you find a violation, you have to find a way to put it in the perspective of other data.”

Despite concerns, the neutrino results have been a great teaching opportunity for many professors. In Hughes’s 8.033 (Relativity) class, he discussed the concept of the experiment in lecture and asked students to think carefully about whether they believed that neutrinos could travel faster than the speed of light.

“In the hands of someone who can discuss this well, and the ears of students open to listening, it’s a great topic,” Hughes said.

Conrad also brought up the subject in her 8.02 (Electricity and Magnetism) class and asked her students to answer questions like “If this result is proven wrong, what does this say about science? Does science ever get it right?” Her opinion is that things go wrong in science all the time, but the beauty is that one discovery leads to the next, and we continue to change what we know about the world.

Wilczek agreed that on the whole, it’s a good thing that people are noticing current research in physics, and that there is exposure of the scientific process. “There’s something about Einstein and space that even after all these years has a certain magic because it’s so profound and unexplained,” he said.
Posted by Mercury at 6:29 AM