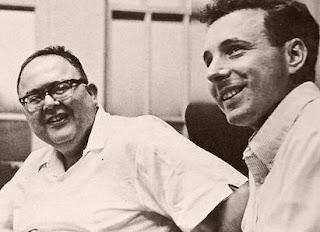 "Anthony J. Wiener, Forecaster of the Future, Is Dead at 81"

Einstein said he never thought about the future because it comes soon enough. Anthony J. Wiener thought about it deeply and influentially.In 1967, Mr. Wiener, a self-described futurist, collaborated with Herman Kahn to write a 431-page book brimming with forecasts for the year 2000. Home computers? Check. Artificial organs and limbs? Check. Pagers and “perhaps even two-way pocket phones?” Why, yes!But the millennium turned without noiseless helicopters replacing taxis. Artificial moons still do not illuminate huge swaths of the Earth. And are you, too, still waiting for that predicted 13-week vacation?Mr. Wiener — no relation to the former congressman with a similar name — died on June 19 at his home in Closter, N.J., at 81. His wife, the former Deborah Zaidner, said the cause was cardiac arrest.The book he and Mr. Kahn wrote was “The Year 2000: A Framework for Speculation on the Next Thirty-three Years,” and its publication was a milestone in the futurism fad of the 1960s. The book combined multifarious elements, from the insights of Aristotle to sophisticated statistical analysis, to create what the authors called “a framework for speculation.”About half of its 100 predictions panned out — not including 150-year life spans or months of hibernation for humans.But accuracy mattered less than what Mr. Wiener called “reducing the role of thoughtlessness” in making societal choices. Clarification, not prophecy, was the goal.The American Academy of Arts and Sciences helped finance the study, sponsored by the Hudson Institute, for which both authors worked.Ken Weinstein, president of the institute, said Tuesday in an interview that the book was remarkable for its sophisticated methodology at a time when advanced computer modeling was still far off. More than simply extrapolating from trends observed in the 1960s, it tried to calculate “the complex and unexpected ways the future was going to be different.”Anthony Janoff Wiener was born on July 27, 1930, in Newark and grew up in Maplewood, N.J.He set up a public address system in his high school. He and a friend once took apart a car and then rebuilt it, just to see if they could do it. He graduated from Harvard and Harvard Law School.His first wife, the former Helga Susanna Gerschenkron, died in 1977. He is survived by a son, Jonathan, and a daughter, Lisa Juckett, from that marriage.In addition to his wife, survivors include their son, Adam; his sister, Carol Seaver; and three grandchildren from his first marriage.In 1961, Mr. Wiener was a founding member of the Hudson Institute, a research center known for Mr. Kahn’s investigations of nuclear weapons strategy. Mr. Kahn was outspoken in urging that society grapple with the consequences of nuclear war with “thinking the unthinkable.”Mr. Wiener consulted on the future with clients as diverse as the Stanford Research Institute, NASA and Shell Oil.He worked for two years in the Nixon White House on urban policy and was a longtime editor of the journal Technology in Society. He taught for many years at what is now Polytechnic Institute of New York University.Mr. Wiener died before his grander predictions — like finding life on other planets or settling undersea colonies — could be fulfilled. But his prophecy that fax machines would become office workhorses by 2000 hit the mark, at least until e-mail displaced them. 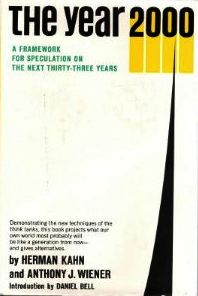