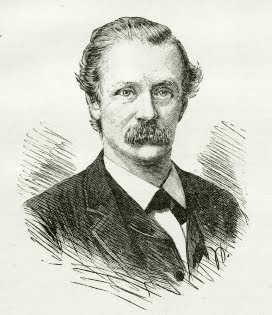 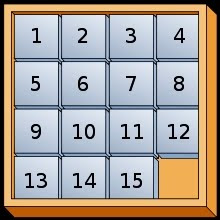 Samuel Loyd was an American puzzlemaker who was best known for composing chess problems and games, including Parcheesi, in addition to other mathematically based games and puzzles. He studied engineering and intended to become a steam and mechanical engineer but he soon made his living from his puzzles and chess problems. Loyd's most famous puzzle was the 14-15 Puzzle which he produced in 1878. The craze swept America where employers put up notices prohibiting playing the puzzle during office hours. Loyd's 15 puzzle is the familiar 4x4 arrangement of 15 square numbered tiles in a tray that must be reordered by sliding one tile at a time into the vacant space.

This is favorite of mine...