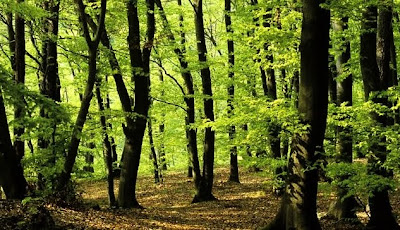 guardian.co.uk
Plans to privatise all English woodland could cost the government millions of pounds in lost tax revenues and cancel out most of the money raised from its sale, a leading accountant has warned.

Detailed plans for the intended break-up of the 635,000-acre English Forestry Commission estate have not been published. But the effect of putting so much extra woodland on the open market in the next few years is expected to lead to a rush of corporations and wealthy people taking advantage of the tax sweeteners that already exist for forestry owners, says accountant Richard Murphy, director of Tax Research LLP and an adviser to the TUC and Tax Justice Network.

"This is about creating a massive opportunity to ensure that less tax is paid, which undermines the whole cause of selling off the forests. If I had a million pounds and I thought I have some risk of dying in the next few years, as part of my inheritance planning I could put it into forests. Then when I keel over, I can pass that on to the next generation without inheritance tax, so the government would lose out £400,000 in inheritance tax. I think an awful lot of people are going to be tempted to buy forests", said Murphy.

Woodland owners are presently exempt from capital gains tax, income tax and inheritance tax. But because little forest land is sold each year, opportunities to buy large quantities have been few, and the price of woodland has remained high.

That could change dramatically when thousands of woods and forests are put on the market, said Murphy. "Here is a very big tax-planning opportunity for people, which is bound to become easier to use because there's going to be more forestry available. If we're increasing supply of an asset which is available for tax-planning opportunities and which will have a regular market base, then you're providing an opportunity for people to do some serious planning: to buy into forests, to pass it on to the next generation, who will then be able to sell it tax-free."

The commission owns or leases nearly 17% of all woodland in England, and is by far the largest supplier of timber. But the government has been coy about saying how much it hopes to raise from the sale of its assets. Estimates range from £400-500m with forest land selling for an average £3,000ha.

Other accountants said the sale of the commission woods would make forestry more attractive for tax reasons. "Some of the increase in value in farmland and forestry [in the past few years] has been driven by people looking to take advantage of the inheritance position. I think [forestry] is coming back on the radar scheme. It has got a tax sweetener – you're not going to go into it purely for tax reasons, but the fact is that is has got a tax sweetener," said John Whiting, tax policy director, at the Chartered Institute of Taxation.

Forestry became a favourite industry to invest in the Thatcher government of the 1980s, when a scheme allowing woodland investment to be written off against personal income tax led to a forestry boom. Wealthy businessmen, showbusiness celebrities and sporting personalities such as Sir Cliff Richard, Phil Collins and Terry Wogan ploughed cash into creating vast pine forests in Scotland. The loophole was only closed off after years of campaigning by environmental groups, by which time tens of thousands of acres of ecologically fragile land had been devastated by tree planting, and hundreds of millions of pounds of tax revenue had been lost.

The commission only attracts £10m a year of subsidies a year, but this could increase after a sale because new owners would be eligible to apply for conservation, management and tree-planting grants from government agencies including Natural England and the commission itself.

A Defra spokesperson said: "This is a UK taxation issue – the Treasury keeps the tax system under review on an ongoing basis and Defra does not hold information on the amount of tax relief resulting from forest ownership. We will consult shortly on proposals for the future of the public forest estate in England only. Only seven per cent of woodlands are affected by this – a small percentage of total woodland in the United Kingdom."

Yesterday, opposition to the sale was mounting, with more than 130,000 people having signed a petition with campaigning group 38 Degrees to try to persuade the government not to sell the English woodlands.
Posted by Mercury at 12:20 PM