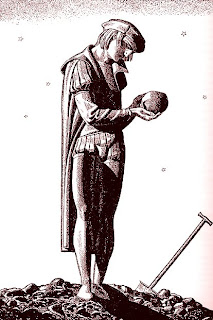 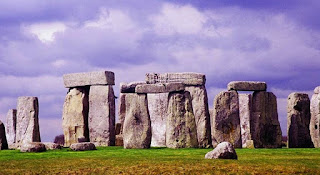 Ah, this could be a trick question...probably more philosophical than attachment of a specific movement or era.

The phenomena of the universe prior to the pre-Socratic philosophy [categorically the Greek Natural Philosophy Movement] was most likely observed and utilized [not necessarily understood as we would understand today] by shamans, medicine men, and cult/religion priests. Probably, what understanding they had [the ability to recognize repetitive events of astronomy, physical phenomena, chemical reactions, etc.] were used to mystify and subjugate the members of a tribe or civilization for personal gains--"magic" kept the incumbent in power until he was usurped by a clever/more powerful rival/priestly group, or died. It wasn't until the 6th century B.C., did the process of separating myth/magic from a logical view of the world begin in earnest. The likes of the Atomists, Pythagoreans, Heraclities, etc. where a more logical approach which began to develop and become more and more sophisticated in time.

I seriously doubt that very early man gave much abstract thought to the "discovery" of fire...more of a practical outlook: Warmth, light, cooking, tool making, etc. I don't think a single event has ever been considered, but certainly astronomical events would be high on the list.

What particular events would contribute to a crude science formation even if it were not stated in any conceptual terms of the time. I would venture to say that the obvious one would be astronomical events. Something as the cyclical regularity of the sun and moon and the ability to make predictions regarding same as well as the changes in weather, the rise and fall of rivers, and changes in tree foliage. These features would enable early man to travel, roughly guess the seasons, predict pregnancies [of man and animal], and grow crops. And particularly, the latter would give man a fixed section of territory to grow crops and domesticate animals thereby giving more time for contemplation and a better understand of man's environment--thus very early science. Wonder how long that process took. The point is that early science [devoid of the rigors of the scientific method] is easily traceable to the most obvious--astronomy.

The question of the topic may never arrive at a definitive answer--only close approximations and a mutual agreement that early "science" was intricately interwoven in early man's association with astronomy and that it was more of a practical enterprise than one of abstraction such as moon phases, solar events, tides, seasons and rainfall, reproduction cycles, etc. Ancient Greek schools of thought began to focus on the abstracts of science. Methodologies and cohesive scientific statements were rare until the times of Galileo and the scientific revolution starting in earnest in the 18th century. Much of the "theories" were part of mythology and religion/theology. [A dramatic example involves Galileo's heretical and radical astronomy pitted against a fearful established religion facing flack from the Reformation and a shaking of the established Ptolemaic system.]

It's difficult to formulate a definition of "science" and apply to historical periods. Current definitions include adherence to the "scientific method". This is fundamental in the gathering of data, analysis, formulation of hypotheses, testing the hypotheses over and over [predictability], and finally, the formulation of theories. "Science" can even be viewed as the consistent perpetual negation of theories: A dialectic of postulated theories, attempts to negate the theories, and the formulation/modification of new theories. Thus, "science" is progressive and concerned with removing error and getting closer to "truth". [Again: The Galileo incident.] The latter posture was formulated and promoted by Karl Popper and the "critical realist" movement. Falsification of theories can have many ramifications in the realm of social sciences. Mandatory criteria of predictability of certain postulates [such as Freudian psychology] challenge the theories of unpredictability. But, that is a whole issue by itself as well as challenges to the "scientific method".

Could a popular and controversial hypothesis called "linguistic determinism" be an antecedent to advanced cognition and formulation of the concepts of science? Does a sparse language retard or prohibit elements of science--say, a simple procedure of "counting"? I don't think that the ability to perform such a function would inhibit the visual representation of astronomical phenomena on cave walls, rock facades, logs, or animal skins made by primitive man such as the Neanderthals. Astronomical cycles and events, fecundity and reproduction cycles were often recorded by such means. Of course this is crude/unsophisticated science and one must ultimately find a common ground for discussion and establish a definition of "science". See the material gathered on a Brazilian tribe called the Pirahã. This tribe has no number beyond "2"--described only as "many".

Much has been related here as to the origins of science and sometimes it comes down to a matter of definition. I think it can generally be agreed that science has strong roots with ancient man observing and marking specific astronomical events for a number of relevant purposes involving flooding, seasons, planting of crops, migration of animals, or female fecundity. And, one can even add the growing strength of priestly power and subjugation of the populace--a little "razzle dazzle" goes a long way if one can predict, for example, an eclipse. Many would like to subscribe the origin of science to Isaac Newton, but I think one can go further back than that to Francis Bacon [1561-1626] and even Roger Bacon [early 13th Century monk].

This topic is still a knotty issue for it does spin on definition. It would probably be agreed that in very general terms science began with man's look at the stars--astronomy. Astronomy was tied directly with human reproduction, animal behavior, seasons, agriculture--successful elements for the proliferation of the human species. But it can be said that a true formation of science began with the Greeks and Romans. What was the big difference? Possibly just two words: "Skepticism" and "doubt". When these disciplines are used then the beginnings of a sound epistemology blossoms. The beginning of a scientific methodology. Reasoning goes beyond mere observations and simple correlations. Man begins to converse instead of "grunt".

“The Beginnings of Modern Science and Philosophy”

“The Birth of Modern Science: Galileo and Descartes”

Friar Bacon His Discovery of the Miracles of Art, Nature, and Magick by, Roger Bacon

"Valerius Terminus: On the Interpretation of Nature" by, Francis Bacon

Your assumption that early man would not have given much abstract thought to the discovery of fire shows a bias towards physics, chemistry and astronomy. Hunter-gatherers would have been far more interested in developing a scientific understanding of animals and plants - after all, their survival depended on it.

Which brings me to a paradox in human evolution: If humans developed a modern brain at a time when we were all surviving as hunter-gathers, then how come that same brain can today deal with the complexities of physics and mathematics? To resolve this paradox, I have argued extensively that the art of tracking, as practised by hunter-gatherers, was a science equivalent to modern physics. The interpretation of tracks and signs involves the same hypothetico-deductive reasoning, enabling hunters to predict the behaviour and movements of animals. Hunters discuss tracks and signs, and engage in critcal discussion, show healthy scepticism - they follow a methodology of rational critical discussion very much like that described by Karl Popper and Imre Lakatos.

So the answer to your question: science had its origins with the apearance of modern hunter-gatherers, possibly as far back as 70 000 years ago, long before the Greeks.