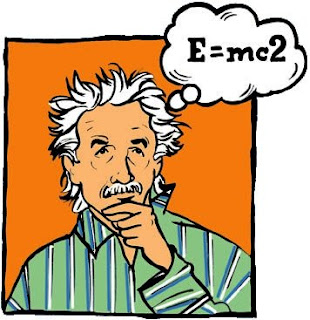 Has anyone ever heard of Olinto De Pretto ? History of science scholarship by Umberto Bartocci [Professor of Mathematics at the University of Perugia, Italy] has revealed that the famous equation [E=mc2] attributed to Einstein was published two years prior to Einstein's publication in 1905 in an Italian journal ["Reale Istituto Veneto di Scienze, Lettere ed Arti" (The Veneto Institute of Science, Letters and Proceedings) on February 27th, 1904 by Olinto De Pretto entitled "Ipotesi dell’etere nella vita dell’universo" (Hypothesis of the Essence of the Universe). Is this the making of an urban myth or the truth? It is difficult to determine for even though the Italian journals are available, they haven't been translated and I certainly don't read Italian. Furthermore, the elements of this material is potential for a miniseries on the "Discover" channel: Olinto De Pretto..."In 1921, a year before Einstein received the Nobel Prize, De Pretto was shot dead, murdered by a woman over a business dispute." Einstein was fluent in Italian and could have see the publication. True or not, it is interesting to read the cadre who wish to debunk Einstein for whatever their group or personal agendas may be. Does it really make much difference whether Einstein culled previous information to condense that data into more meaningful statements? It may well be true that there is over emphasis placed on one individual to arrive at the published conclusions in 1905 and better historically to acknowledge the contributions [including his wife Mileva] of predecessor's input. Umberto Bartocci has written a book about all of this.

I am Michael Falotico, an attorney, and years ago I published a review of a book by Italian Professor Umberto Bartocci on Olinto De Pretto. At that time it was thought that De Pretto was a definite precursor to Einstein. I write only to note that Professor Bartocci, also some years ago, backed off what I originally thought was "indisputable" evidence of the prior publication of E = mc2 equation. Since my science is limited, and since Professor Bartocci has publicly issued a clarification, it can only be safely said that such a claim is now more murky. Best to allow Professor Bartocci speak for himself; here is the link in Italian language:
http://www.cartesio-episteme.net/st/DEPR-003.htm
Finally, I appreciate this opportunity to clarify and comment. I am very grateful. Let it be known that I obviously believe Einstein was a true genius and a great man, as well as a great humanitarian. He was truly the greatest man of the 20th century. I believe more research needs to be done on Einstein's Italian roots, which are deep than extensive.