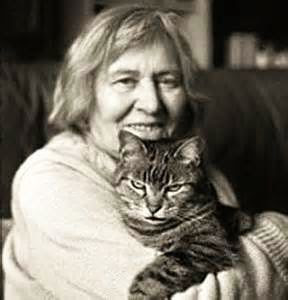 Margherita Hack, an astrophysicist who explained her research on the stars in plain language for the public and who championed civil rights in her native Italy, died June 29 in the Adriatic Sea city of Trieste, Italy, where she had headed an astronomical observatory. She was 91.

Ms. Hack headed the observatory in Trieste, the first woman to hold that post, from 1964 to 1987 and was a popular and frequent commentator in Italian media about discoveries in astronomy and physics.

The current director of the observatory, Stefano Borgani, told Sky TG24 TV that Ms. Hack was one of the first astronomers to “have the intuition” that the future of astronomical observation lay in using space satellites. An asteroid is named in her honor.

“At the same time, she represented a strong example of civil passion, leaving a noble fingerprint in public debate and in the dialogue with citizens,” Napolitano said.

An atheist who decried Vatican influence on Italian politicians, Ms. Hack helped fight a successful battle to legalize abortion in Italy. She unsuccessfully lobbied for a right to euthanasia and additionally championed gay rights. Among her victories was a campaign against construction of nuclear reactors in Italy.

A vegetarian since childhood, she also was an advocate for animal protection and lived with eight cats and a dog.

Ms. Hack, an optimist with a cheerful disposition, studied the heavens in the firm belief there was no afterlife.

“I have no fear of death,” she once said in a TV interview. “While we are here, death isn’t” with us.

She liked to joke that the “first and last” time she was in a church was for her marriage to fellow native Florentine Aldo De Rosa, in 1944. She agreed to a church ceremony only because the groom’s parents were very religious. She wore an overcoat-turned-inside out for a bridal gown. She and her widower, 93, had no children.

Ms. Hack was born June 12, 1922, and enrolled at the University of Florence as a student of literature. After one class, she switched her focus to physics. She graduated in 1945. By the early 1950s, she was an astronomer at Florence’s astronomical observatory.

She was also an athlete who competed in the long jump and high jump from 1939 to 1943, winning national university championships.

“With Margherita Hack’s passing, we lose an authoritative voice in favor of civil rights and equality,” said Fabrizio Marrazzo, a spokesman for a gay advocacy group, Gay Center.

“With her vanishes not only a great scientist but a free spirit, deeply intellectually honest,” Bonino told ANSA.

Margherita Hack [Wikipedia]
Posted by Mercury at 9:17 AM