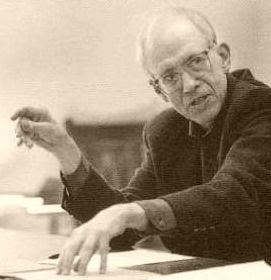 George W. Stocking Jr., a historian of science who chronicled the norms, customs and tribal beliefs of modern anthropologists, documenting a history of racial bias and ethnocentrism as well as great insights, died on July 13 in Chicago. He was 84.

His death was confirmed by a daughter, Susan Stocking Baltrushes, who said his health had been declining for several years.

Professor Stocking, who taught history and anthropology at the University of Chicago, was best known for his studies of anthropology’s pioneers, most notably Edward Burnett Tylor, the self-taught 19th-century British theorist who is often called the father of the field, and Franz Boas, the German-American émigré who pioneered its practice in the United States.

Colleagues said his work helped produce a culture shift in anthropology during the 1960s and ’70s that heralded a growing respect for cultural diversity throughout society. “He was the in-house social critic,” said Raymond D. Fogelson, a professor of anthropology at the University of Chicago.

Professor Stocking’s first book, a 1968 collection of essays, “Race, Culture and Evolution,” was considered a landmark. Margaret Mead, writing in the journal American Anthropologist, called it “beautifully and painstakingly” illuminating.

Professor Stocking described his objective as redefining the accepted view of anthropology’s “origin story,” one centered on Tylor as a foundational theorist. Tylor is considered to have been the first to define the word “culture” in the modern sense: as a set of knowledge, customs and values that all people acquire from their native environments, whether England or Polynesia.

“Race, Culture and Evolution” profiled Tylor, Boas and others who had professionalized a field that had long been dominated by gentleman amateurs and missionaries. The book traced the ideological fault lines among 19th-century practitioners of anthropology and asserted that Tylor’s standing did not bear a close reading of his work.

Though Tylor acknowledged the existence of many human cultures, and refuted early anthropologists who called dark-skinned people savages of another species, he acknowledged only one cultural ideal, believing that “less civilized” people should accept guidance from more civilized ones, Professor Stocking wrote.

He quoted Tylor from his canonical 1871 text, “Primitive Culture,” “The civilized man is not only wiser and more capable than the savage, but also better and happier.”

Professor Stocking and others linked the widespread scientific acceptance of such ideas to the brutalities of 19th century colonialism, the annihilation of American Indians and other purported mass “civilizing” campaigns.

For Professor Stocking, a genuinely science-based approach to the study of human culture was embodied by Boas, a trained physicist who studied American Indian tribes in the Pacific Northwest and later debunked theories linking race with culture and intelligence. He challenged race’s standing as a legitimate scientific concept, calling it “less a biological fact than a social myth.”

Professor Stocking’s essays on Boas, and a book he edited, “The Shaping of American Anthropology, 1883-1911: A Franz Boas Reader” (1974), were instrumental in reviving interest in Boas among a generation that had not been born when Boas died in 1942.

“Boas had an agenda: to rid anthropology of racism,” said Paul A. Erickson, a professor of anthropology at St. Mary’s University in Halifax, Nova Scotia, and an author, with Liam D. Murphy, of “A History of Anthropological Theory,” a standard text. Professor Stocking’s work, he said, had revived interest in that agenda as well.

George Ward Stocking Jr. was born on Dec. 8, 1928, in Berlin to George and Dorothe Reichard Stocking. His father, a professor of economics at the University of Texas at Austin, was conducting research in Germany at the time. George Jr. was raised mainly in Austin. He attended Harvard, where he became active in radical political movements and joined the Communist Party. After graduating in 1949, he was a labor organizer and factory worker.

He left the party in 1956 and received his Ph.D. from the University of Pennsylvania with a degree in American studies. He later acknowledged that with his ties to the Communist Party during those cold war years, he would never have been hired as an instructor at the University of California, Berkeley, if not for his father’s prominence as an economist and adviser to presidents.

In a semi-autobiography, “Glimpses Into My Own Black Box,” published in 2010, Professor Stocking turned on himself the same unblinking gaze he had trained on the history of anthropology. The book, an account of his youth and family ancestry, amounts to an ethno-historical description of upper-middle-class life at the end of the 19th century and the first half of the 20th.

The seven years he spent as a Communist, Professor Stocking wrote, taught him the habit of “self-criticism,” which made him “suspicious of master narratives” and open to studying, in effect, the narratives of people who study others’ narratives.

“I have always felt myself ultimately an outsider to the anthropological tribe,” he wrote.


Race, Culture, and Evolution: Essays in the History of Anthropology 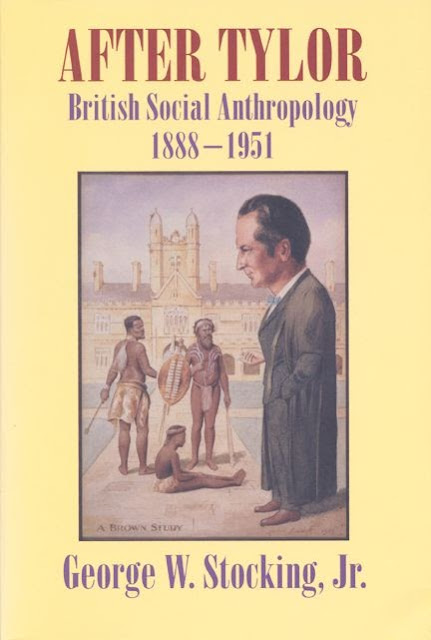 George Stocking Jr. [Wikipedia]
Posted by Mercury at 11:52 AM