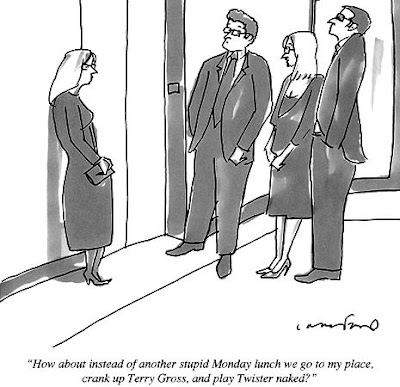 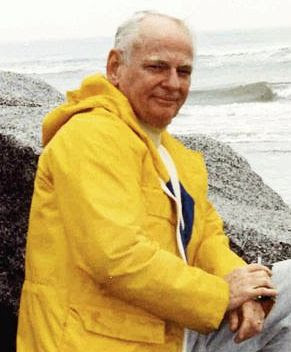 "Chuck Foley, Co-Creator of the Game Twister, Dies at 82"

Chuck Foley, a game designer who helped inaugurate a craze that rivaled the hula hoop, scandalized the puritanical and drove chiropractors wild with delight, died on July 1 in St. Louis Park, Minn. Mr. Foley, an inventor of Twister, was 82.

The cause was complications of Alzheimer’s disease, his son Mark said.

Mr. Foley and a colleague, Neil Rabens, developed the game, known on the drawing board as Pretzel, for a St. Paul design concern in the mid-1960s. Originally manufactured by Milton Bradley, Twister was introduced in 1966 and has gone on to sell tens of millions of copies.

In 1969, Mr. Foley and Mr. Rabens were awarded United States Patent 3,454,279 for their invention, “Apparatus for Playing a Game Wherein the Players Constitute the Game Pieces.”

The game’s premise is simple, involving two or more players, sock feet, a spinner and a vinyl mat emblazoned with dots of red, blue, yellow and green. As the spinner is spun, players enact its instructions (“Right hand, yellow”; “Left foot, green”), forming a complex, suggestive architecture for which human limbs are inadequately evolved. To fall is to be eliminated.

Visually, Twister marries Alexander Calder sculpture with the hokey pokey and the Kama Sutra — the last point brought unmistakably home on “The Tonight Show” in 1966, when Johnny Carson and a low-necklined Eva Gabor played the game on camera, sending sales soaring.

Charles Fredrick Foley II was born on Sept. 6, 1930, in Lafayette, Ind. Before he was out of grade school, he invented an automatic latching mechanism for the cattle pen on his grandfather’s farm. As a young man, he worked for a research and development concern in Detroit, where he helped perfect an automatic cocktail shaker.

In the 1960s, he joined Reynolds Guyer House of Design, the St. Paul company at which he and Mr. Rabens, an artist, developed Twister. Mr. Foley received no royalties for the game, his son said, eventually accepting about $27,000 in a negotiated buyout.

In retirement a resident of Charlotte, N.C., Mr. Foley lived most recently in Minneapolis. His other inventions include toy handcuffs and Un-Du, a liquid that removes adhesives.

When Twister made its debut, Milton Bradley’s competitors accused the company of selling “sex in a box.” But that, Mr. Foley said, was practically beside the point.

“Once you get men and women in play positions, unless you’re drinking, you forget the sex thing,” he told an interviewer in 1994. “The urge to win takes over.”
Posted by Mercury at 6:00 PM