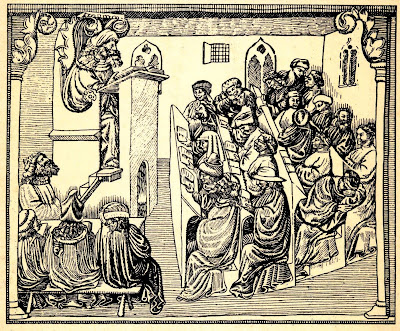 With rising tuition and dropping acceptance rates at many U.S. colleges and universities, it's time to consider Europe.

For many college students, the semester abroad has become a rite of passage. But while many Americans study abroad for a semester or two, it is a rarity for high schoolers to apply outside the United States for their bachelor's degree. As many California universities hope to attract foreign students, who pay higher tuition, it's worth asking whether the state's students might find some advantages in looking abroad for a university. With rising tuition and dropping acceptance rates at many colleges and universities in the state, it's high time to think outside the quad.

There used to be practical impediments. Many European universities did not know how to assess the achievements of U.S. students, who usually study more subjects and take fewer standardized tests than their European counterparts. However, over the last decade, many European universities have recognized that Americans represent an untapped demographic of academic talent and relatively deep pockets.

Let's just take the example of British universities, which have made it particularly straightforward for Americans to apply. Although Oxford and Cambridge remain special cases with their own hurdles, many universities now accept either advanced placement tests or a combination of SATs and SAT subject exams alongside a standardized national application form.

There are distinct advantages to applying to colleges abroad. The admissions process in America has become a mutant version of the "Hunger Games," in which students grapple against their peers for a single spot in a liberal arts college, convinced by parents and guidance counselors that their survival rests on playing one more musical instrument or varsity sport.

Students applying outside the U.S. not only bypass this rat race, they also radically increase their chances of getting into a better university. Instead of jostling for places at mid-range American universities, which now have the luxury of admitting fewer and fewer students, applicants can apply to top-flight European institutions as a coveted international student.

Perhaps most important, universities abroad can be dramatically more affordable than private colleges in America. A typical top-tier U.S. liberal arts college costs about $55,000 to $60,000 a year, including room and board. Even taking into account the increased cost of living and higher tuition rate for non-European Union students, American students would pay roughly $25,000 less a year to attend a university of equivalent stature in Britain. And students can still avail themselves of U.S. federal loans, even while studying outside the U.S.

The real kicker is that most British bachelor's degrees typically require only three years instead of four for graduation, saving both time and money. Without financial assistance, the cumulative savings for a British versus American bachelor's degree then leaps to about $130,000. Moreover, because many British master's degree programs are only one year, Americans who choose to remain in Britain can earn their bachelor's and master's degrees in the same time it takes their peers at home to claim their bachelor's, or less time, given the increasing tendency of U.S. students to graduate in five years.

Students with clearly defined passions will enjoy the focus of British degrees, which usually center on one or two subjects from the start rather than the assortment of offerings in a typical liberal arts degree. But for those who seek a liberal arts education, Britain also offers possibilities. As noted in a report released in June by the American Academy of Arts and Sciences: "At the very moment when China and some European nations are seeking to replicate our model of broad education in the humanities, social sciences, and natural sciences ... we are instead narrowing our focus and abandoning our sense of what education has been and should continue to be."
This international surge is even more emphatic than the report imagines. Just in Britain alone, there are now liberal arts degrees in the Universities of Exeter, Winchester, Birmingham, Kent, University College London and King's College London, with more in the works.

Increasingly, it looks as though the best, cheapest and quickest place to get an American-style education may be in Europe. Of course, a British university is not the right choice for everyone. Where American liberal arts colleges frequently sport massive campuses and shimmering facilities, British universities can be more timeworn and eclectic. And where American collegiate life can often feel like summer camp, undergraduate life in Britain is invariably less spoon-fed. But for the adventurous, mature student, it can be a perfect fit.

[Aaron Rosen is a lecturer in theology and the arts at King's College London, where he helped design the liberal arts degree. He has taught previously at Columbia, Oxford and Yale universities.]
Posted by Mercury at 8:02 AM