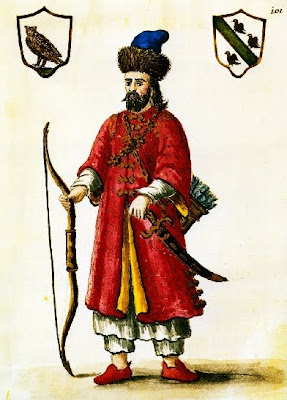 TLC COOKING
Long before paper, gunpowder and the compass, the Chinese had invented yet another staple of human civilization. A coil of dry noodles, preserved for 4,000 years, sat beneath an overturned earthenware bowl at an archaeological site in northeastern China. In 2005, archaeologists discovered the spaghettilike tangle, effectively settling the score about whether the Chinese, Italians or Arabs began producing pasta first [source: BBC].

Instead of being made from ground wheat, as most pasta is, those ancient noodles were prepared from another cereal grass called millet. Although not native to their country, the Chinese later began growing wheat in the northern regions along the Yellow River by 3000 B.C. The first written records of a mixture called bing appeared between the fourth and second century B.C. [s­ource: Serventi, Sabban and Shugaar]. Bing referred to all products made from wheat dough, including breads and pastas. Around 300 B.­C., the Chinese scholar Shu Xi wrote an ode dedicated to the culinary cornerstone, describing the "fine and thin" bing stuffed with pork and mutton [source: Serventi, Sabban and Shugaar].

By the time Marco Polo arrived in China in 1274, the Chinese had well established their pasta cuisine. The medieval Chinese didn't cook pasta from dried strands, like the kind we buy from the grocery store. Instead, theirs always was made from fresh dough. They also isolated gluten, the compound in wheat that provides elasticity for kneading and stretching, and created pastas from different starches, such as rice and soybeans.

In the 17 years that Marco Polo ­spent in China, dining with the likes of Kublai Khan, he certainly sampled the various forms of Asian pasta. According to one edition of Marco Polo's "Description of the World," which the Venetian merchant wrote after returning home from the East, he ate dishes similar to macaroni during his stint. From that brief mention, a legend arose that the famed explorer must've introduced pasta to Italy. What else could explain the gastronomical bridge between two distant countries?

But as any gourmand worth an ounce of orzo will quickly tell you, there isn't a grain of truth to Polo as the pasta pioneer.

Incredibly, the emergence of Italian pasta occurred in total isolation from China. Before Marco Polo left for his China expedition in 1292, Italy had discovered the culinary delights of pasta centuries earlier. The Arab geographer Idrisi described the pasta he encountered in Sicily in 1154 as made from flour and formed into long strings [source: Needham and Wang]. By the Mi­ddle Ages, Sicily and Sardinia had developed pasta trades as well.

When tracing the origins of Italian pasta, historians look to a plant, rather than an individual. The cultivation of durum wheat offers more clues to how Italian pasta evolved into the country's trademark food. Today, most of the pasta on store shelves comes from durum wheat, which has high levels of gluten. That gluten adds malleability to the pasta dough, making it easier to work with. The Chinese climate isn't conducive to durum wheat production, whereas the cereal thrives in Italy's environment. Ancient Greek and Roman civilizations grew durum wheat, but written records indicate that they stopped short of converting the ground grains, or semolina, into pasta and settled for breads and gruel [source: Serventi, Sabban and Shugaar].

Yet some food historians argue that the Greeks had more cooking in the kitchen that paved the way for pasta. For instance, the ancient Greek word meaning "ribbon" is itrion, and the Arabic word for "noodle" is the similar-looking itrijab [source: Bober]. In addition, Greek mythology includes a tale about the god Vulcan pushing dough through a device that converts it into thin, edible threads.

But that etymological explanation doesn't completely account for the leap from bread to pasta in Italy. A majority of food historians credit the Arabs for bringing pasta, along with spinach, eggplant and sugar cane, to the Mediterranean basin [source: Bober]. By the ninth century, Arab groups had expanded into Sicily and southern Italy, likely bringing along noodle-making techniques learned from their Eastern neighbors. By the 12th century, Arabs had also taught Italians their methods for drying pasta, which they would have used for preserving the food while traveling [source: Capatti, Montari and O'Healy].

As pasta production traveled up the Italian boot, Naples became the center of durum wheat pasta manufacturing. Today, Italians gobble up between 66 and 77 pounds (30 and 35 kilograms) of pasta every year, more than anywhere else in the world -- including China [source: Dendy and Dobraszczyk].

Cooking some pasta? You have started to boil some water and became busy with other kitchen concerns and noticed that the water was becoming aggressive and about to boil over the pan. Two primary solutions to the problem. Turn the heat down/off or add some common table salt of which you will probably need anyway to season the pasta. Adding the salt will for a short time increase the boiling activity and then suddenly become retarded in volatility. Why? The boiling point was raised calming the situation. Add the pasta and monitor the rolling action to finish cooking the pasta. Actually any non-volatile particulate could be used such as sand--yuck. [Similar idea is involved with ethylene glycol as an addition to water in an automobile's cooling system.] The salt [sodium chloride] exhibits nucleation sites that allow the water to rapidly boil and displace thermal energy. Next time: Check the ebullient frequently.

"Why does dry spaghetti always break into several pieces -- and not just two pieces -- when snapped? This perplexing question has now been answered by two physicists at the University of Paris 6 in France, who say that elastic waves travelling along the pasta cause it to fragment. The result has applications in materials and civil engineering...."

"The physics of pasta"
Why certain prepared foods such as chili or pasta dishes are enhanced in flavor after cooking, chilling, and cooking the next day? The enhanced flavor of certain leftovers is do to the break down of the spices and seasoning used in the original preparation process and allowed to chemically blend together thus altering the intensity. This magic is done over time and in a cool environment. It may well also have to do with an individual's taste buds. But the fact remains that soups, chili, and pasta are enhanced in flavor upon re-cooking.

Why is it that stews and soups always taste better after spending a day in the refrigerator?

Well, that's something that lies in the taste buds of the beholder, doesn't it? After all, some people actually despise leftovers, whether it's day-old meatloaf or yesterday's stew.

But many people would agree with you and swear that homemade foods like soups, stews, chili and spaghetti sauce all taste better after cooking them on the stove,then letting them sit in the refrigerator overnight. However, the scientific reasoning behind this phenomenon isn't clear-cut.

Many food scientists believe "flavor blending" is at work. That is, when you mix different ingredients together and add herbs and spices, their distinct flavors begin to merge. The longer they're together, the more they mingle. If scientists were to measure the compounds that produce the food's overall taste, they would initially find many spikes and peaks of the distinct flavors. Over time, those spikes and peaks would dissipate as the flavors combined. The chili powder in chili would become less harsh; the beans in the mix would be less "beany" but more flavorful from the spices, tomatoes and meat.

What's happening is that the chemicals and oils that produce flavor and aroma are being released from the different ingredients. That doesn't always happen quickly, and it may not totally occur while the food cooks.

You can see that kind of occurrence at work with the new "Magic Twist" Kool-Aid drinks. For example, the "Changin' Cherry" flavor starts green and turns blue -- although it always tastes like cherry. How does it work? It uses two colorings -- one yellow and the other blue. The initial color is a blend of the two, making the drink green. As more of the less-soluble blue coloring agent gets released, it overwhelms the yellow dye, changing the color of the beverage to blue. A similar but more subtle type of thing happens with flavor compounds: Some may take longer than others to be released.

Another factor also may affect the flavor of leftovers: As you reheat the food, more water is released as steam. That alone can intensify the flavor of your favorite soup, making you think it tastes better the next day.

Even before the food is to be prepared, some thought should be given to the cooking instruments used--the pots and pans. And some knowledge of the thermal source too--gas or electric.

The Travels of Marco Polo, Volume 1

The Travels of Marco Polo, Volume 2
Posted by Mercury at 3:12 PM