Leonid meteor shower diminished by a full moon this year 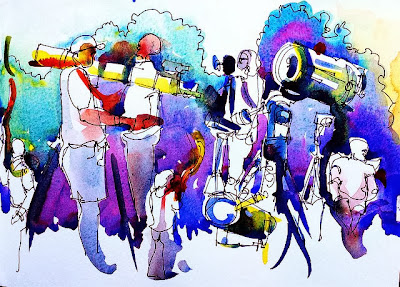 The Leonids meteor shower will be reaching its peak this year late night on November 16, 2013 (early morning November 17, 2013). The famous meteor shower, that appears to originate out of the constellation of Leo, is expected to reach a peak rate of around 10-20 meteors an hour this year — quite a bit down from the heights that the Leonids can hit, but should still make for a pretty good show.

Something to keep in mind though — there will be a Full Moon present in the sky on the night of the peak, so the actual number of meteors than can be easily seen will probably be on the lower end of the predicted peak rate. For those who won’t be able to make it out on the night of November 16/morning of November 17, it’s worth noting that the following night should put on a nearly equally good show.

The best time to watch the meteor shower will be between about midnight and an hour or so before dawn. But you should be able to see at least a few earlier and later than that as well.

While this year’s show is expected to be anything spectacular, spectacular is what the Leonids are known for — having produced some of the greatest meteor storms of the past three hundred years. In 1966 peak rates reached as high as several thousand meteors a minute, as seen from dark, rural locations — apparently appearing almost like falling rain, by some accounts. It was reported that because of the great number of meteors all appearing to originate from the same portion of the sky that many observers felt like they had to grip the ground to avoid falling over — with the Earth apparently appearing to be plowing through space at a great speed (as it is), rather than appearing stationary as it typically does to human perception.

• Find the darkest sky that you can, preferably far from city lights — dark, rural locations are ideal.

• A cup of warm coffee or hot chocolate tends to make the experience more enjoyable.
Posted by Mercury at 10:22 AM