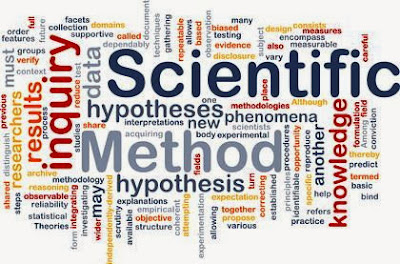 "Science and Its Skeptics"

Science has been taking a lot of punches lately. A recent cover story for The Economist argued, with cause, that “modern scientists have done too much trusting, and not enough verifying.” A few days ago, the science writer-provocateur John Horgan wrote a dark reflection, in Scientific American, on a litany of failures in science that he has seen over his thirty-year career. Reporting on an “archaeological dig into the strata” of his career, which he says justifies why he’s “so critical of science,” Horgan finds himself struck


by all the “breakthroughs” and “revolutions” that have failed to live up to their hype: string theory and other supposed “theories of everything,” self-organized criticality and other theories of complexity, anti-angiogenesis drugs and other potential “cures” for cancer, drugs that can make depressed patients “better than well,” “genes for” alcoholism, homosexuality, high IQ and schizophrenia.

All of this is true. String theory hasn’t yet lived up to its promise (and may never). Complexity theory hasn’t, either. People still get cancer and the antidepressants known as S.S.R.I.s help far fewer people than the early hype suggested. The locution a “gene for X” is, in most cases, a verbal sloppiness that leads only to false expectations. Scientists, and those who would report on them, have sometimes promised more than they can deliver.

Yet some depressed patients really do respond to S.S.R.I.s. And some forms of cancer, especially when discovered early, can be cured, or even prevented altogether with vaccination. Over the course of Horgan’s career, H.I.V. has gone from being universally fatal to routinely treatable (in nations that can afford adequate drugs), while molecular biologists working in the nineteen eighties, when Horgan began writing, would be astounded both by the tools that have recently been developed, like whole-genome-sequencing, and the detail with which many molecular mechanisms are now understood: reading a biology textbook from 1983 is like reading a modern history text written before the Second World War. Then there is the tentative confirmation of the Higgs boson; the sequencing of Neanderthal DNA; the discovery of FOXP2, which is the first gene decisively tied to human language; the invention of optogenetics; and definitive proof that exoplanets exist. All of these are certifiable breakthroughs.

The problem with some of these critical observations is not that they are wrong, but that they are one-sided. When Horgan writes that “the biggest meta-story in science over the last few years—and one that caught me by surprise—is that much of the peer-reviewed scientific literature is rotten,” it’s not just that he is arguably overstating things, it’s that he’s missing half the story.

There is a crisis in replicability, as both Horgan and The Economist suggest (and as I noted last December). But there is also a huge, rapidly growing movement to address it. When I revisited the topic a few months later, I reported at least five new efforts focussed on increasing replicability. Since then, the list has continued to grow. There were at least three new announcements in the last few weeks: a new initiative to validate the fifty most important studies in cancer biology; a new pilot program that allows critical comments to be published at pubmed.gov (one of the leading portals for scientific research); and a new badge system for papers that share their materials and data, designed to promote replicability, at a leading journal. As the Cambridge (U.K.) scientist Rogier Kievit put it to me in an e-mail: “the avenues for (constructive) criticism of science are so much better now than they were even five years ago…. The half-life of nonsensical findings has decreased enormously, sometimes even to before the paper has officially been published.” The wholesale shift in the culture of how scientists think about their craft is at least as significant a meta-story as the replicability crisis itself. But the prophets of doom never let their readers in on this happy secret.

It is absolutely correct for onlookers to call for increased skepticism and clearer thinking in science writing. I’ve sometimes heard it said, with a certain amount of condescension, that this or that field of science “needs its popularizers.” But what science really needs is greater enthusiasm for those people who are willing to invest the time to try to sort the truth from hype and bring that to the public. Academic science does far too little to encourage such voices.

At the same time, it is facile to dismiss science itself. The most careful scientists, and the best science journalists, realize that all science is provisional. There will always be things that we haven’t figured out yet, and even some that we get wrong. But science is not just about conclusions, which are occasionally incorrect. It’s about a methodology for investigation, which includes, at its core, a relentless drive towards questioning that which came before. You can both love science and question it. As my father, who passed away earlier this year, taught me, there is no contradiction between the two.
Posted by Mercury at 10:05 AM