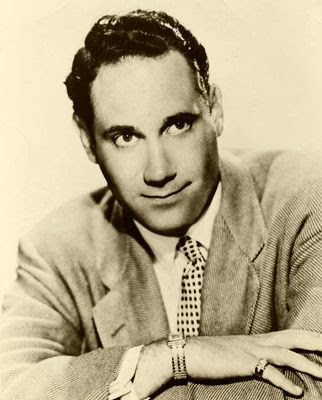 Herbig was widely acclaimed for his pioneering studies of star formation and the properties and evolution of young stars.

University of Hawaii at Manoa's Institute for Astronomy

George H. Herbig, astronomer emeritus at the University of Hawaii at Manoa and a member of the prestigious National Academy of Sciences, has died at the age of 93. He joined the faculty of the UH Institute for Astronomy in 1987 after a long and distinguished career at the Lick Observatory, now part of the University of California, Santa Cruz, and he attained emeritus status at UHM in 2001.

He has been widely acclaimed for his pioneering studies of star formation and the properties and evolution of young stars. His contributions laid the foundation for much of what we know about the birth and early development of stars.

Herbig’s work on young stars is so fundamental and comprehensive that he is widely seen as the father of the field of star formation studies. He revolutionized the field by identifying and characterizing the physical features of stars that are so young that they did not exist when our earliest human ancestors walked on Earth. He recognized that the T Tauri stars, as they are called, have roughly the same mass as our Sun but have much stronger versions of many of the Sun’s features, such as magnetic activity, spectral emissions, and lithium content.

He also designed a search for the higher-mass counterparts of the young T Tauri stars. In a classic paper, he defined and detailed the characteristics of this other, more massive category of young stars. These are now called Herbig Ae and Be stars in recognition of his pioneering work. He also identified an intriguing subclass of young variable stars called FU Ori stars and co-discovered exotic supersonic flows of gas expelled from newborn stars, now called Herbig-Haro objects.

Herbig won numerous awards for his work, including the 1975 Henry Norris Russell Lectureship given for “a lifetime of eminence in astronomical research” by the American Astronomical Society and the 1980 Catherine Wolfe Bruce Gold Medal awarded by Astronomical Society of the Pacific for “a lifetime of outstanding research in astronomy.” But he was an extremely modest man who did not like to talk about himself and went out of his way to acknowledge the assistance others gave to him.

Herbig received his Ph.D. in 1948 from the University of California, Berkeley, and he continued his scientific work until nearly the end of his life.

George Howard Herbig...was an astronomer at the University of Hawaii Institute for Astronomy. He is perhaps best known for the discovery of Herbig-Haro objects.

Born in 1920 in Wheeling, West Virginia, Herbig received his Ph.D in 1948 at the University of California, Berkeley; his dissertation is entitled A Study of Variable Stars in Nebulosity. His specialty was stars at an early stage of evolution (a class of intermediate mass pre–main sequence stars are named Herbig Ae/Be stars after him and the interstellar medium. He was perhaps best known for his discovery, with Guillermo Haro, of the Herbig-Haro objects; bright patches of nebulosity excited by bipolar outflow from a star being born. Herbig has also made prominent contributions to the field of diffuse interstellar band (DIB) research, especially through a series of nine articles published between 1963 and 1995 entitled "The diffuse interstellar bands."