A novel approach, but still problems 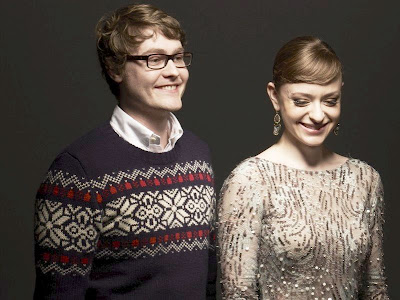 "A New Way to Do Nuclear"

In February of 2010, Leslie Dewan and Mark Massie, two M.I.T. students, were sitting on a bench in a soaring marble lobby under the university’s iconic dome. They had just passed their Ph.D. qualifying exams in nuclear engineering, and were talking about what to do next. This being Cambridge, they began to muse about a start-up. By the end of their conversation, they’d decided to design their own nuclear reactor. Even as start-up concepts go, it was pretty weak. Constructing a nuclear power plant is not like tossing together a ninety-nine-cent app, and the industry is not an obvious one to try to disrupt. Nuclear engineering is a complex and potentially dangerous field that drives international conflicts. Dewan and Massie would need money and an abundant amount of patience. Another flaw in their scheme: they didn’t actually have an idea for a new and better nuclear power plant.

Three years later, Dewan and Massie have a company, called Transatomic, with a million dollars in funding, an impressive board of advisers, and a vote of confidence from the Department of Energy, which recently awarded the pair first prize in their Future Energy innovation contest. Russ Wilcox, a co-founder of E Ink, has joined as C.E.O. and resident grownup. In the months after their first conversation, Dewan and Massie drew up a design for a nuclear reactor that is small, relatively cheap, and “walk-away safe”: even if it loses all power, it cools on its own, avoiding a Fukushima-style meltdown. Theoretically, the reactor can put out as much electric power (five hundred megawatts) as a standard coal plant without belching carbon into the atmosphere. It can also run on nuclear waste, generating power even as it relieves another environmental burden. “We had this sense that there are so many unexplored aspects of nuclear technology,” Dewan said. “We knew that there would be something out there that would work, and would be better.”

Dewan is twenty-eight and the kind of person who fits right in at M.I.T.: she is dubious of received wisdom, fond of building, and unabashedly geeky. Growing up outside Boston, she always knew that she wanted to attend school there; as an undergraduate, she learned of an archeological debate regarding the seaworthiness of Ecuadorian balsa rafts, so she built one and sailed it down the Charles River with a crew of six. To help recruit students to her dorm, she constructed a My Little Pony Trojan horse that rolled on casters and comfortably seated eight. (It sadly passed away in its prime: papier-mâché, rain.) Her father, David, an M.I.T. grad himself, gave her a credit card when she left for college, and for the first two years, he said, “the largest expense category by far was Home Depot.”

When I met Dewan on campus recently, she was stylishly dressed in a black herringbone blouse, jeans, and silver flats. Her long brown hair was pulled back in a loose braid. She laughed easily and encouraged me to stop her if, in her enthusiasm, she veered into jargon.

“A nuclear power reactor is just a fancy way of boiling water,” she began. Nuclear fuel typically contains uranium-235, a massive and slightly unstable atom famously capable of sustaining chain reactions. Under the right conditions, its nucleus can absorb an extra neutron, growing for an instant and then separating into two smaller elements, releasing heat and three neutrons. If, on average, at least one of these neutrons splits another uranium atom, the chain continues, and the fuel is said to be in a critical state. (Criticality has to do with the concentration of uranium, and whether the neutrons are bounced back toward the fuel. A Ph.D. in nuclear engineering is helpful for understanding the concept, as is this video of ping-pong balls mounted on mouse traps.) Water is pumped past the heat source and becomes steam, which then turns turbines, generating electricity.

Traditional nuclear power plants, however, come with two inherent problems. The first is the threat of a meltdown. Even after a reactor is shut off, the fuel continues to generate some heat and must be cooled. Dewan compares it to a pot on a burner that just won’t turn off; eventually, the water boils over, and the pot gets scorched. If a plant loses all electric power, it can’t pump water past the fuel, which gets hotter and hotter, leading to disaster.

The second problem facing traditional plants is that the fuel must be manufactured in long rods, each encased in a thin metal layer, called cladding, that deteriorates after a few years. The rods then have to be replaced, even though the fuel inside is still radioactive, and will remain so for hundreds of thousands of years. Unsurprisingly, nobody wants this trash in their backyard.

Dewan and Massie’s design seems to solve both problems at once. It’s based on a method that worked successfully at the Oak Ridge National Laboratory, in Tennessee, in the nineteen-sixties. Called a molten salt reactor, it eschews rods and, instead, dissolves the nuclear fuel in a salt mixture, which is pumped in a loop with a reactor vessel at one end and a heat exchanger at the other. In the vessel, the fuel enters a critical state, heating up the salt, which then moves on to the heat exchanger, where it cools; it then travels back to the vessel, where it heats up again. Heat from the exchanger is used to make steam, and, from this, electricity. At the bottom of the reactor vessel is a drain pipe plugged with solid salt, maintained using a powerful electric cooler. If the cooler is turned off, or if it loses power, the plug melts and all of the molten salt containing the fuel drains to a storage area, where it cools on its own. There’s no threat of a meltdown.

To explain the second trick—modifying the reactor to run on nuclear waste—Dewan explained a key subtlety of nuclear physics: a neutron can only split an atom if it is moving at the right velocity, neither too slow nor too fast. Imagine cracking eggs: if you bring the egg down too softly on the lip of a mixing bowl, it will not break. In the bizarre world of atomic physics, the egg will also fail to break if struck too hard. To keep a uranium chain reaction going, engineers employ materials that slow neutrons to exactly the speed required to split uranium-235. The Transatomic reactor uses a different set of materials, slowing neutrons to the velocity needed to cleave uranium as well as other long-lived radioactive elements in nuclear waste, breaking them down and releasing their energy. Transatomic can crack plutonium, americium, and curium. Any egg will do.

The environmental advantages are huge. There are no rods to fall apart, so the reactor can keep working on the uranium. (This was proven at Oak Ridge.) And the Transatomic reactor can also work off the radioactive byproducts, gleaning more energy and substantially reducing both the amount and radioactivity of the waste. Today’s nuclear power plants extract about three per cent of the fuel’s available energy, while Transatomic wrings out more like ninety-six per cent, according to computer simulations carried out on industry-standard software.

Transatomic faces a challenging climb. The company hasn’t built anything yet; there is always the danger of a inhibitive engineering problem emerging. If, for example, the corrosive salt fuel severely limits the life of the heat exchanger, the reactor could prove too expensive to compete commercially. The most daunting obstacle, though, is the United States government: it is exceedingly difficult to get permission to build a demonstration reactor, no matter how good the idea. In many industries, companies trying to do something hard face what investors call the “valley of death”: that long, financially barren stretch between proving a concept with a bit of seed money and taking the first commercial steps. Ray Rothrock, a prominent venture capitalist who is an investor in Transatomic and a partner at Venrock, told me that, in the case of nuclear energy, “the valley of death might be a Grand Canyon.”

The accidents at Three Mile Island, Chernobyl, and Fukushima are partly to blame, but so is a flaw in the way we approach risk. When nuclear power plants fail, they do so dramatically. Coal and natural gas, through air pollution, kill many more people every year, but the effects are diffuse. One recent paper estimated that nuclear power has prevented 1.84 million air-pollution-related deaths globally. Nobody died at Three Mile Island.

Attitudes are shifting, though. Chernobyl melted down when Dewan was one year old, and the Three Mile Island accident unfolded before she was born. For her generation, the defining environmental horror is not Fukushima but the inherited, ongoing catastrophe of climate change. Put aside emotions, and certain facts are not in dispute. The planet is going to need a lot more power. Engineers have not yet found a way to substantially scale up wind and solar power. Oil and gas contribute to climate change and air pollution. Within the nucleus of each atom, there are huge amounts of energy, and humans have only begun to explore the ways in which it can be tapped.

There are signs that we are moving toward a pro-nuclear moment. A new Robert Stone documentary, “Pandora’s Promise,” about the green case for nuclear power, is in theatres now. (Michael Specter wrote about the film for today’s Daily Comment.) More students are entering nuclear degree programs. Transatomic is just one of several nuclear power start-ups, including a Bill Gates venture called TerraPower. My time on the M.I.T. campus made it evident that more are undoubtedly on the way.

After our interview, Dewan and I stepped out for a walk. It was one of the first hot days of the year. The students were out, in backpacks and shorts. She slipped on a pair of sunglasses, and we strolled by a Alexander Calder sculpture. “I’ve always thought of nuclear as something that’s good for the environment,” she said. “I worry about my polar bears.”